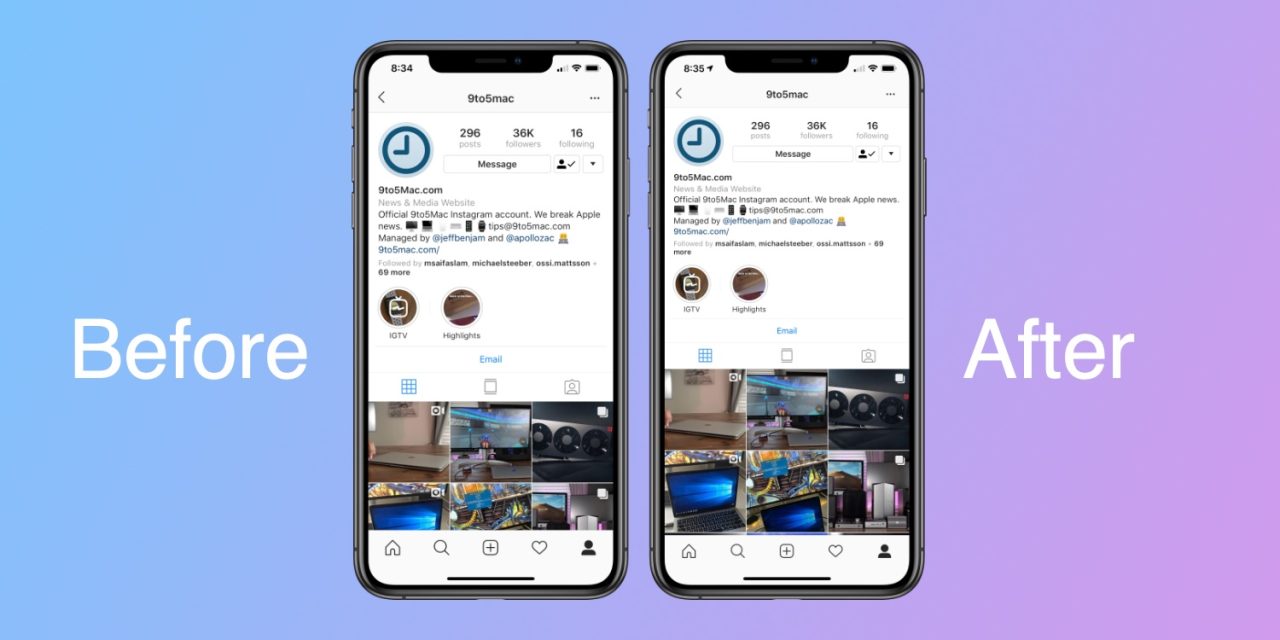 After originally rolling out support for the iPhone XS Max and XR displays back in October, Instagram broke the optimized resolutions with an update last month. Now, an update today has solved the issue, but also requires Instagram users to be running iOS 10. In related news, YouTube has released an update that now takes full advantage of the new iPad Pro displays.

Instagram was on top of supporting the new displays sizes for the iPhone XS Max and iPhone XR with an update on October 1st. However, with a December update that added a some new features, the social media platform reverted to a scaled resolution for the new iPhones.

9to5Mac’s Gui Rambo did some digging and discovered what happened. Long story short, it had to do with a large number of Instagram users still being on iOS 9 which caused problems with the Xcode and the iOS 12 SDK.

From what we’ve been able to gather from sources, the Facebook team had to distribute the app with an older version of Xcode because of a common crash that can occur with apps compiled using the iOS 12 SDK but running on iOS 9, a system version which a large number of users of Instagram are still running.

Fortunately, Instagram has now fixed the problem for XS Max and XR users with optimized resolutions being seen again with the latest version of the app. On the downside for any users still on iOS 9, Instagram now requires iOS 10 or later.

Now that is solved, what could be next but Instagram for iPad?

In related news, YouTube updated its iOS app to fully support the new iPad Pro displays. The release notes are vague as always.

We added shinier bells and whistles. Because who doesn’t like a good upgrade??

Ryan Christoffel from MacStories spotted the change. Unfortunately for now, the YouTube tabs at the bottom are partially covered by the Home indicator. Hopefully we’ll see another update to solve the problem.

Good news: YouTube's been updated for the new iPad Pros. 🙌
Bad news: They forgot about the home indicator. 👀 pic.twitter.com/BZuD1rxkpK