As Apple aims to stop mining the earth, electronics are now ‘the fastest-growing waste stream’ 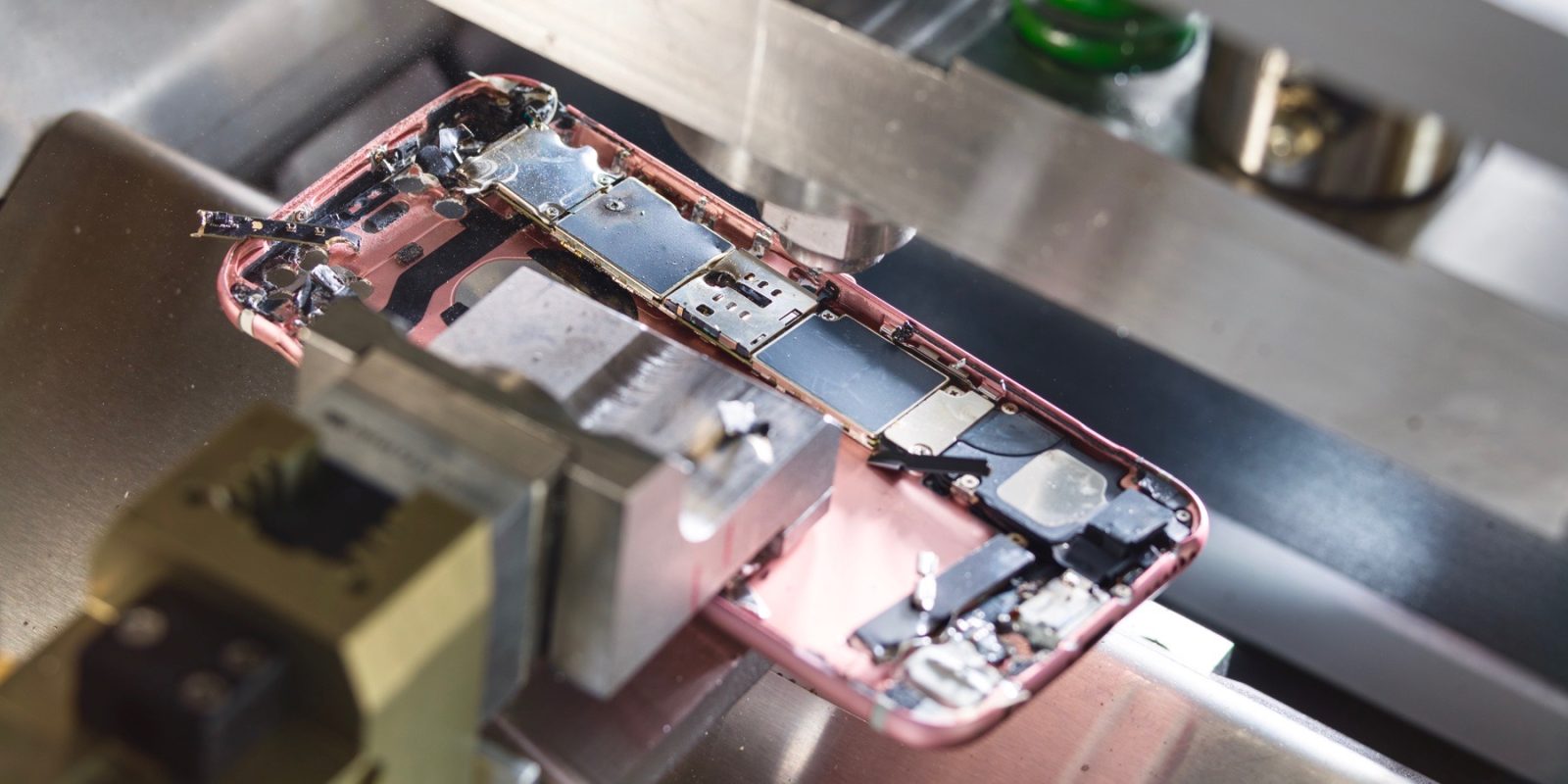 A new report today from Motherboard takes a look at the quickly escalating problem of electronics waste. It has now become the fastest-growing stream of waste in the world, with discarded devices’ raw materials currently being valued at $62.5 billion. While Apple has admirable goals like finding a way to stop mining the earth, does it have a responsibility to take more action now?

Announced at the World Economic Forum in Davos, the World Business Council for Sustainable Development has some ideas on accelerating progress.

The report from Motherboard notes that electronics companies want to sell more and more devices and initiatives like Right to Repair which can be effective at reducing e-waste are seen as a hit to their bottom line.

That’s led to a world where people throw away broken devices instead of repairing them, and those discarded iPhones, televisions, and laptops are poisoning the planet. A new initiative combining the efforts of the United Nations and the World Economic Forum and the World Business Council for Sustainable Development wants to change that.

The World Business Council for Sustainable Development announced a new initiative called PACE, the Platform for Accelerating the Circular Economy and shared its first report entitled Time for a Global Reboot.

“E-waste is now the fastest-growing waste stream in the world,” PACE’s report said. “It is estimated this waste stream reached 48.5 million tonnes in 2018.” Most of that waste comes from Europe and the United States and ends up in places like Nigeria and Hong Kong, which suffer the human and economic costs of disposing of the material.

In the report’s summary, PACE says that the responsibility to tackle this problem is on “Designers, manufacturers, investors, traders, miners, raw material producers, recyclers, consumers, policy-makers and others,” and notes that improving repairability is important.

A new vision for the production and consumption of electronic and electrical goods is needed. It is easy for e-waste to be framed as a post-consumer problem, but the issue encompasses the lifecycle of the devices everyone uses. Designers, manufacturers, investors, traders, miners, raw material producers, recyclers, consumers, policy- makers and others have a crucial role to play in reducing waste, retaining value within the system, extending the economic and physical life of an item, as well as its ability to be repaired, recycled and reused. The possibilities are endless. 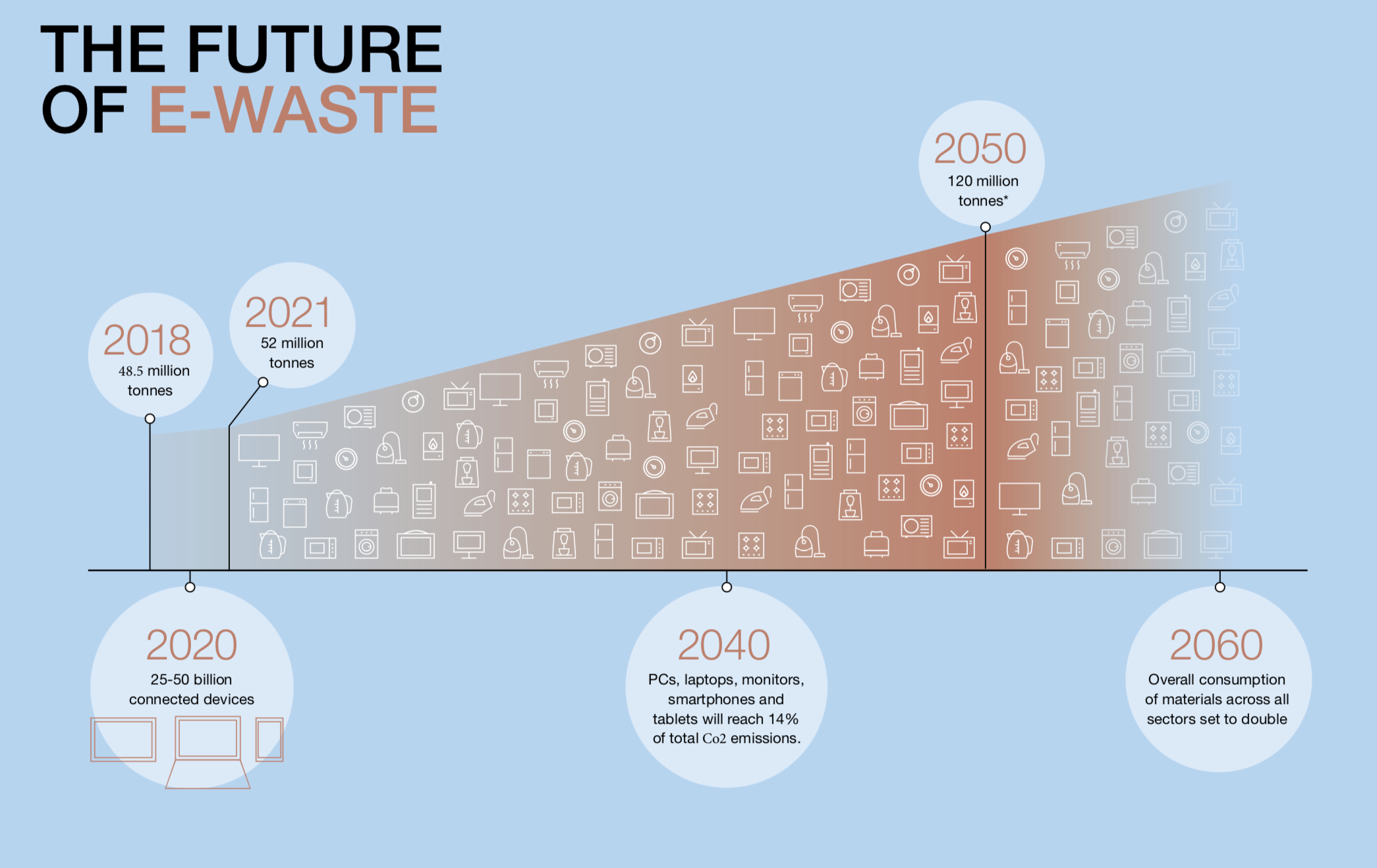 Apple is vocal about its commitment to the environment. Just about two years ago, it acknowledged that it needs to find a different path moving forward and stop its practice of mining the earth for raw materials. However, it doesn’t yet know how or when it will accomplish that goal.

“It sounds crazy, but we’re working on it. We’re moving toward a closed-loop supply chain. One day we’d like to be able to build new products with just recycled materials, including your old products.”

At the time, Apple’s VP of environment, policy, and social initiatives Lisa Jackson shared that the company views it as its responsibility to move the whole industry forward, not just itself when it comes to sustainability.

However, companies like iFixit who promote the Right to Repair initiative find it hard to reconcile Apple’s environmental stance with actions like regularly fighting against such legislation.

A recent example of an environmentally unfriendly design from Apple is the MacBook Pro stage light fault, which turns what iFixit says should be a $6 cable fix into a $600 full display replacement.

While Apple certainly has room for improvement, the company does do a great job with recycling electronics. Many consumers likely don’t realize you can take old electronics (from any brand) to Apple Stores where they have a process to properly handle them for free. That’s in addition to the trade-in program for credit towards new devices.

Last year Apple unveiled its new Daisy iPhone disassembly robot (a successor to Liam) to recycle and salvage parts from nine different iPhone models and also hit 100% sustainable energy for all of its operations.

Meanwhile, PACE’s report projects that e-waste will more than double to 120 million tonnes by 2050. It will no doubt take a comprehensive global approach to solve this problem, but Apple could certainly be a leader in implementing new best practices and PACE’s initial report is a call to action for all.

This is an initial explainer on the challenge and opportunity of materials within the electronics and electrical equipment industry. It sets the framing for why the time has come for a global reboot of the electronics system and why we need a new vision for circular electronics. It is based on existing data and expert input. The paper starts to explore some of the levers that may play a part in that vision, but far more work is needed to collaborate with all the relevant players in the value chain and jointly create a vision. In turn, this can act as a map to transform the industry from one characterized by waste and a number of negative externalities, to one based on a circular economy.

The transition to a circular economy must take place in a way that benefits all stakeholders from the consumer to workers, government, businesses, entrepreneurs and society at large. There will be a need for mass collaboration, system changing ideas, new policy frameworks and new ways of doing business. The organizations involved in this work have a shared commitment to achieve this and invite others to join in this important endeavour.