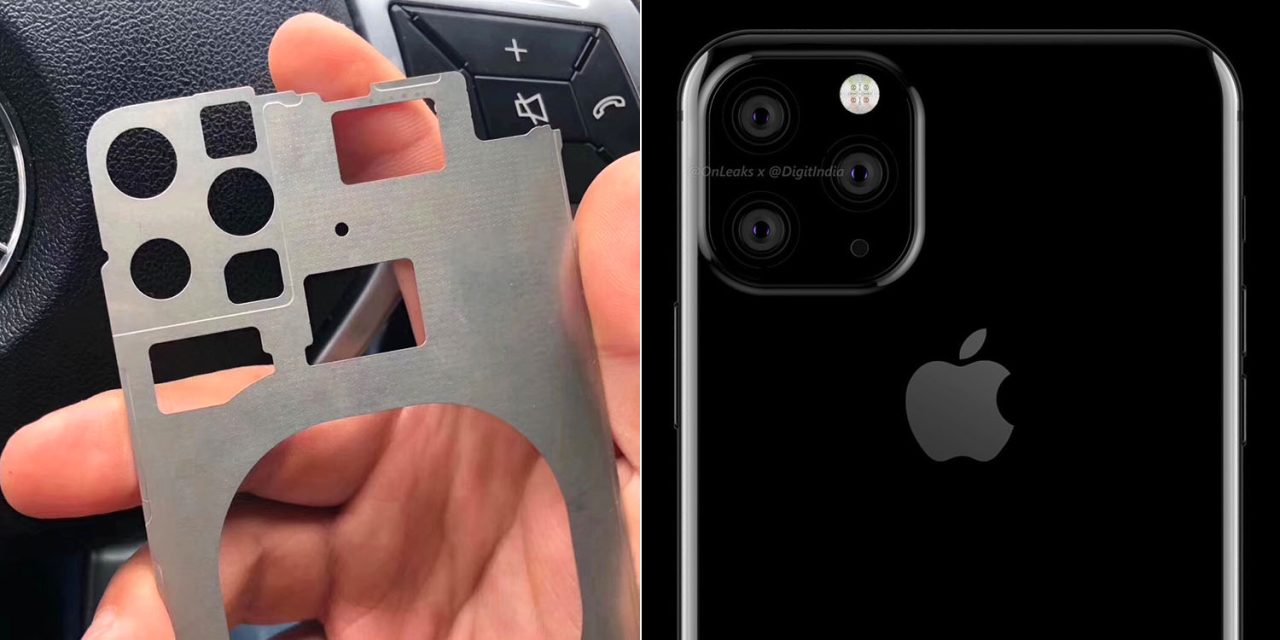 Suggestions that Apple would release a triple-camera iPhone this year have been circulating for almost a year now. And a photo posted today on Chinese social network Weibo claims to show a part from one of this year’s iPhones with cutouts for the three lenses.

An early claim suggested that the third lens would be a 5x telephoto one, as well as being used to provide enhanced augmented reality capabilities …

The claimed part shown today on Weibo and tweeted by Ben Geskin does align with an earlier purported schematic, showing three lenses arranged in a triangle shape, along with square cutouts likely for flash and AR sensors/microphone.

A WSJ report in January claimed that the triple-camera arrangement would be exclusive to the top-end model, this year’s equivalent of the iPhone XS Max. A conflicting report suggested the option might be available on the smaller flagship phone too, but limited to the higher storage tiers.

Onleaks, a source with a good track record, said the same month that it had gained access to engineering validation test (EVT) hardware showing a triangular arrangement for the three lenses – and created renders based on these (above, right).

Largan Precision, which makes lens modules for the iPhone and other phones, said it was confident of orders for triple-lens cameras this year – but Apple was not specifically named as a potential customer.

The renders, showing a much larger camera bump than on existing models, didn’t go down well with 9to5Mac readers – though I do like the idea of a third focal length, if not with the aesthetics shown. Twitter users don’t seem any more impressed.

They need to fire their designer team

I believe that Jony Ive would never approve this trash design

So far, the reports have been based on apparent early hardware designs which don’t necessarily represent Apple’s final plans, but there has been a great deal of consistency to the claimed leaks.