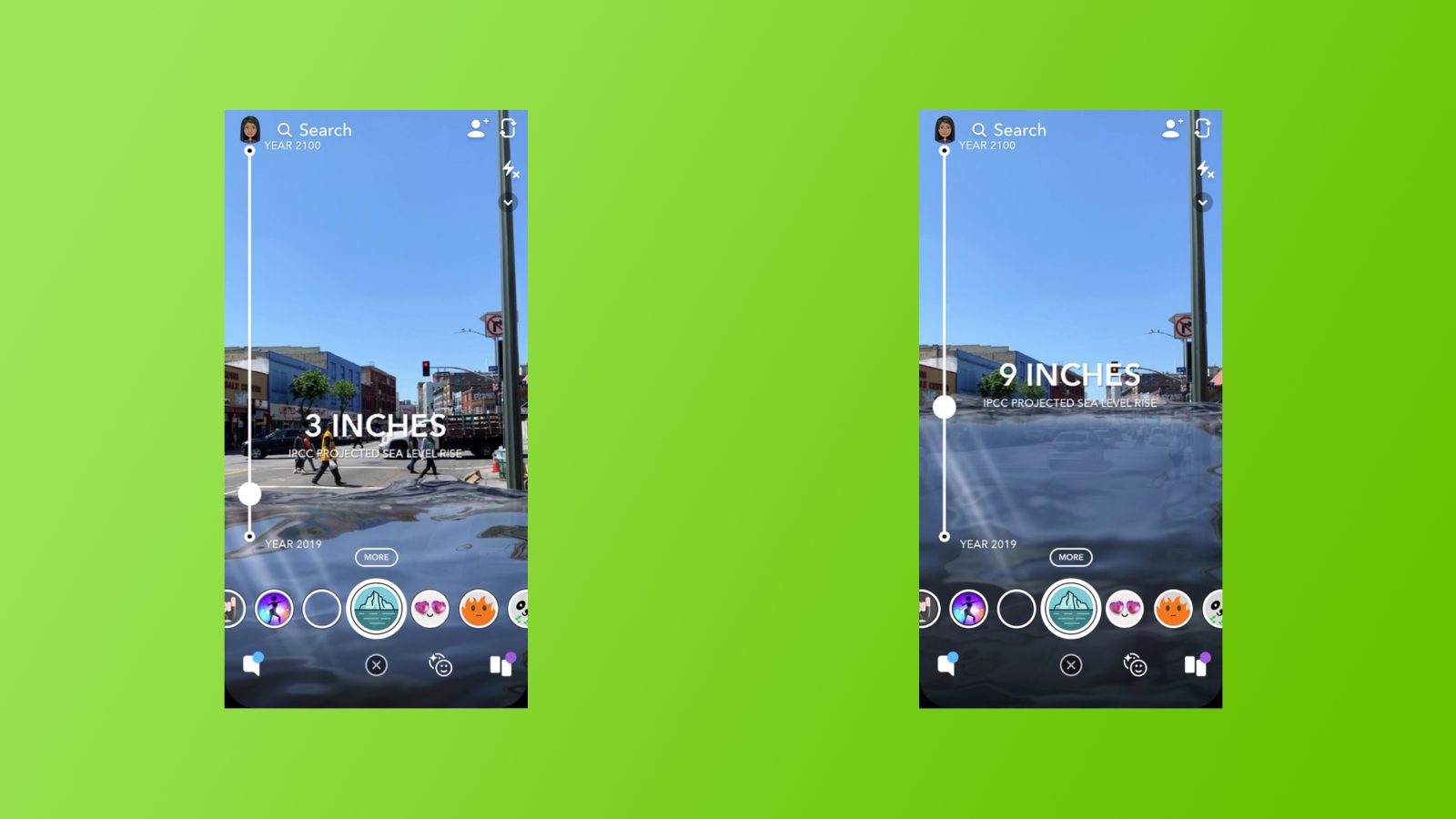 As companies everywhere celebrate Earth Day, Snapchat today has launched a new Snapchat Lens that shows the projected waterline in the year 2100. The goal of this feature is to show users what the world will look like if emissions continue without change.

The Snapchat Earth Day Lens was created in partnership with the United Nations. You can try it out for yourself in the Snapchat app for iOS though the camera view by tapping to view the Lens carousel, then swiping to the left. The Lens will only be available until tomorrow, so be sure to try it sooner rather than later.

The interactive Lens allows you to see the rising sea levels over the course of the next 40 years. As you move further into the future, you’ll see an increase in sea level, as outlined by the Intergovernmental Panel on Climate Change of the United Nations. You can tap the “More” button to be taken to the UN Environment website, which offers more detail on climate change.

Snapchat is available on the App Store for free. Be sure to try out the UN Lens before it disappears tomorrow.