Opinion: My take on everything Apple announced at WWDC 2019 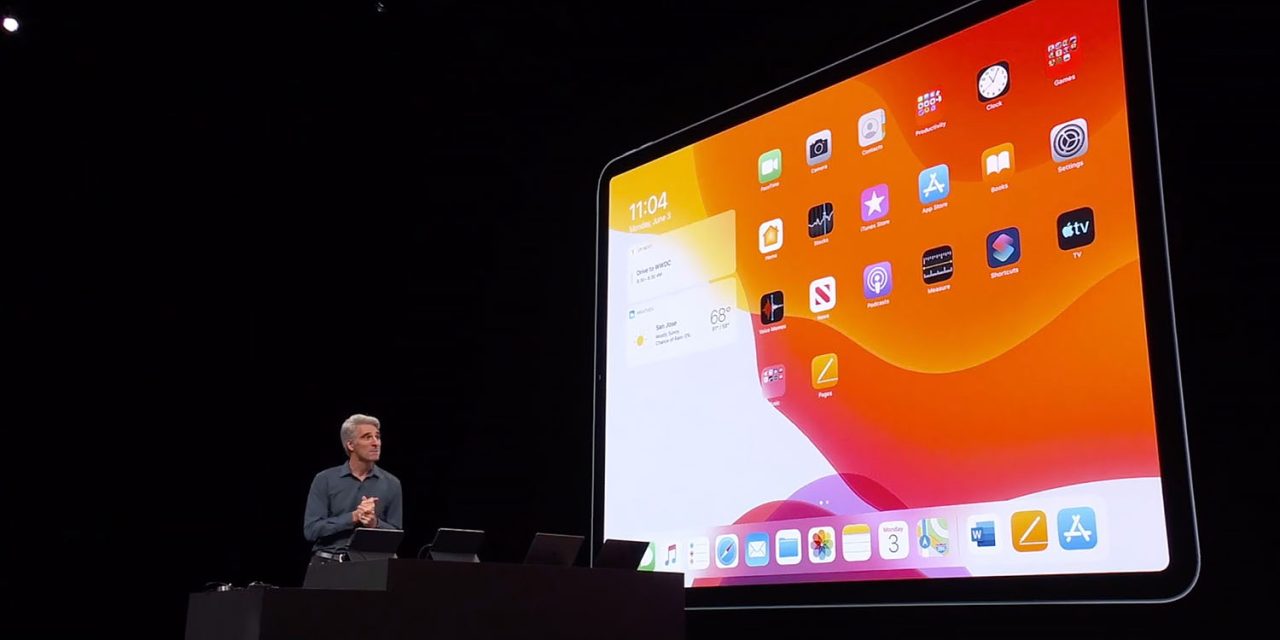 We’ve already rounded up everything Apple announced at WWDC during the keynote presentation – and it was a lot!

I’d normally write one or two comment pieces on the things that most interested me, but there were so many interesting announcements yesterday that a single piece providing my take on all of it seemed the best approach.

Apple made a more powerful version of iOS 13 for the iPad, and rebranded it as iPadOS – something many of us wanted.

It didn’t give me absolutely everything I wanted – we did technically move beyond the static grid layout on the Home screen thanks to that widget option, but I’d have liked Apple to have gone a lot further there. However, we did get a lot. Multiple windows per app, OS-level support for SD cards and external drives, desktop rather than mobile browsing … and some neat smaller touches like a smaller keyboard and a new three-finger gestures for easier cut/copy/paste and undo.

I also got another big thing I wanted, admittedly hidden away in accessibility options: trackpad and mouse support.

Finally, the iPad can now act as a wired or wireless external monitor for the Mac without the need for third-party software.

I must say there weren’t any individual iOS 13 features that wowed me, but there were a succession of really nice enhancements which will add up to a significantly better feel. Some of these are cross-platform things I address under macOS Catalina, below.

I do have to mention one small thing, though …

I joked before the keynote that we’d all remember where we were when Apple finally fixed the volume indicator after years of complaints. We first revealed this was happening in iOS 13 in a report back in April.

The existing volume indicator is so terrible it became a meme. I did hope that Apple would simply copy the YouTube indicator, which strikes me as perfect: it’s clear and obvious, yet completely unobtrusive. However, Apple’s approach is certainly a massive improvement, with an initial large indicator quickly being replaced by a slimline one.

I’d long called for music Handoff between HomePod and other devices. So I could start listening to something on HomePod at home, and continue listening on my iPhone when I leave, or vice-versa: be listening through headphones while out, then continue on HomePods when I got back.

Yesterday, I got this wish – along with multi-user support on HomePod. Finally, it will be able to recognize different voices, and play appropriate music for each family member, as well as handle personal requests for each person.

Another wish finally granted, this one from 2015: a standalone Music app on the Mac!

Let’s have a new OS X Music app just like we got a new iOS one. Have it be a music player, and a means of transferring music to iOS devices, and nothing else. Strip away absolutely everything that isn’t about music […]

Pull out Podcasts into their own app, exactly as per iOS.

Apple yesterday gave us both these things. I didn’t get everything I wanted, but I did get the most important things.

We also got two key security enhancements: Activation Lock on the Mac, and the new cross-platform Find My feature: where even a sleeping Mac’s location can be tracked by relaying its position via other nearby Apple devices belonging to strangers.

Voice Control is a huge deal for many users with disabilities. There are already screenreader apps that do some of this, but these are often clunky. Apple has always prioritized accessibility features for its devices, and the way Voice Control works looks wonderfully quick and easy to use.

Again, there were many other improvements, but these are the ones that stood out to me.

The new health and fitness features are small but worthwhile improvements – especially the ability to track trends over time – but overall I didn’t think the watchOS changes were a big deal. The App Store may be to some, but to me this was more for Apple than for me. I’m never going to browse apps on my Watch, but it does bring Apple closer to the point at which it can sell the Watch to people who don’t own an iPhone.

I’m not a developer (the last programming I did was in BASIC and Pascal back in the 1980s!), so I’ll let others deliver a verdict on this, but judging from what I could see, and the audience reaction, this is a pretty powerful new tool that should make life easier for developers.

Apple completely missed the mark with the trashcan Mac Pro, offering very little of what pro users really wanted – which was plenty of power and expansion options.

Boy did the company deliver that yesterday!

The options available with the new modular Mac Pro are insane. A Xeon processor with up to 28 cores. An incredible maximum of 1.5TB of RAM! The option of up to two dual-card Radeon Pro Vega II GPUs (four GPUs total)! Afterburner allowing real-time editing of three streams of 8K video or 12 streams of 4K. A thousand tracks in Logic. I could go on, but a maxed-out one of these will satisfy the needs of the most demanding pros in the business.

Of course, pricing will be as insane as the power of the machine. $6000 gets you an 8-core machine with just 32GB RAM and only 256GB of SSD storage. A maxed-out version is probably going to cost you $50k or more – the price of a nice car. Indeed, there are parts of the world where that will get you a house.

But I think Apple had to do this. Having erred so badly in one direction, it had to prove that there is no pro on the planet who could say the new machine didn’t meet their needs (financial ones excepted …). Almost nobody is going to buy a maxed-out one – perhaps a handful of big movie studios – but the fact that it’s there is important to Apple’s narrative. And whatever lesser machine you want, you’ll be able to configure it.

Apple has taken the same tack with the new Apple display, the Pro Display XDR. Once again, it had to do this: offer something which will satisfy the needs of any pro.

Again, the price reflects the power. $5k for the basic model, an insane $1K extra for the low-reflectivity finish and an utterly crazy $1K again for the stand. I mean, yes, it looks like a very nice stand, but basically a less sophisticated version of the Microsoft Surface Studio one, which comes included with the machine.

Everything Apple announced at WWDC – my verdict

Not everything Apple announced at WWDC met my expectations – but there was a lot to like. iPadOS was the big one for me, finally letting us use more of the power of the hardware. A bunch of other iOS 13 features which are individually small but will add up to a significantly enhanced experience. SwiftUI looks like a big help to developers. The Mac gets better security, iPad monitor support and – best of all – standalone Music, Podcast and TV apps. The HomePod gets music handoff and multi-user support. The Watch gets some nice health enhancements. And well-heeled pros finally get all the Mac Pro and display they could ever have asked for. Overall, I give the event 8/10.

What was your take? What excited you and what disappointed you? Please let us know in the comments.