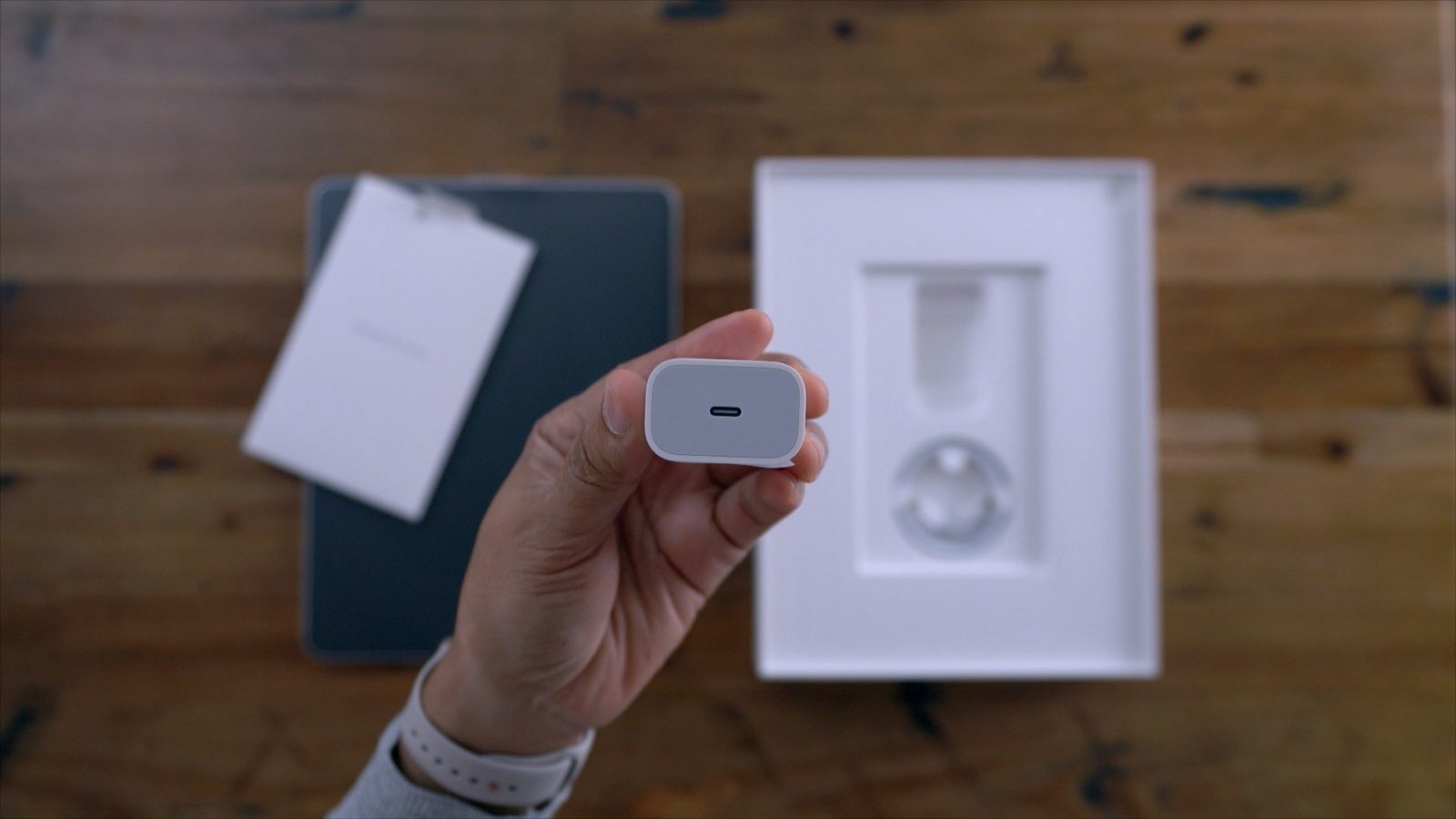 With the iPhone 11 announcement only a couple of weeks away now, the hype train is getting to its peak. We believe Apple will officially unveil the new 2019 iPhone lineup at a media event on September 10, but official press invites have not yet been sent out to confirm the date.

Today, ChargerLAB claimed in a tweet that the iPhone 11 will finally drop the 5W charger, and come with an Apple USB-C charger instead and a Lightning to USB-C cable in the box. This should mean that the iPhone ships with a fast charger for the first time, even though the connector on the actual device will still be Lightning.

ChargerLAB gained notoriety last year when it leaked renders of Apple’s new USB-C charger. However, it incorrectly claimed that the charger would be destined for the 2018 iPhone XS and iPhone XR. That didn’t happen. Instead, Apple debuted this new charger with the redesigned iPad Pro models in October (pictured in the header image).

So again, it’s time to take another swing at the paltry 5W charger. However, ChargerLAB is not the only source reporting the news that the USB-C charger will be bundled with the new 2019 iPhones. In March, Macotakara also reported that the 2019 iPhone will come with a faster USB-C charger and appropriate cable.

The iPhone 11 is not expected to feature too many external chassis changes, perhaps using a new matte glass texture and featuring the now-infamous square camera bump to house a triple camera system. The new rear camera is expected to be a significant upgrade in photo quality over the current lineup, plus adding an ultra-wide zoom lens and intelligent features like Smart Frame.

Inside the iPhone 11, we expect a new faster Apple-designed A13 system-on-a-chip, a larger battery, a new Taptic Engine, support for AirPods bilateral wireless charging, and a more precise indoor location system. A faster standard charger included will be a nice bonus, and well overdue, particularly for Apple’s $1,000-plus flagships.