As Sir Jony Ive winds down his time at Apple before shifting to his new design firm, the UK’s National Portrait Gallery has commissioned a new portrait of the celebrated designer shot at Apple Park by renowned photographer Andreas Gursky.

The National Portrait Gallery unveiled the commissioned portrait of Ive today in a press release and the exhibit is open to the public (via MacRumors):

Jonathan Ive by Andreas Gursky was photographed in March 2019. It is now on public display at the National Portrait Gallery having been commissioned for its permanent Collection. The portrait is as much about Jonathan Ive as it is about Apple, the world’s largest technology company, and its seminal new headquarters at Apple Park, California. As one of a few portraits by Andreas Gursky and the only portrait commission he has undertaken for a public museum, it reflects the long-standing professional admiration between them. 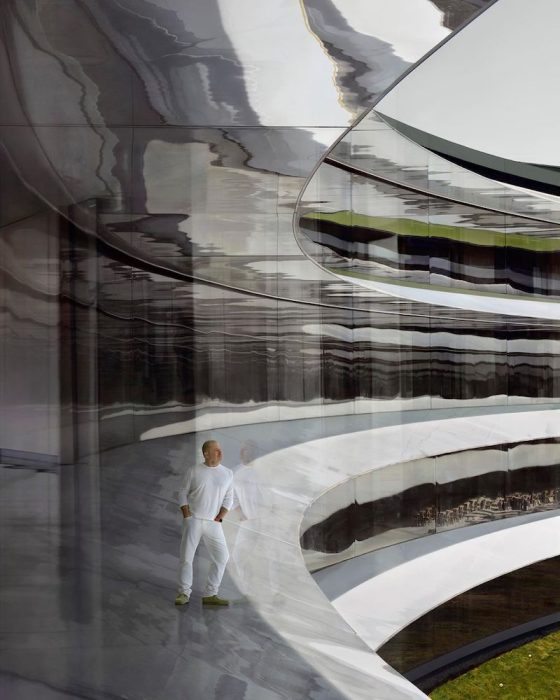 Notably, Gursky doesn’t often shoot portraits and Ive has been a fan of his work for many years. He shared a comment about how honored he was to photographed by him:

I have been obsessed with Andreas’ work for a couple of decades and vividly remember the thrill of our first meeting seven years ago. His very particular and objective presentation of what he sees, whether voluminous landscapes or the rhythm and repetition of supermarket shelving is both beautiful and provocative. Mindful that he rarely makes portraits,this is a conspicuous and particular honour for me.

Likewise, Gursky shared a quote about his admiration for Ive and how the project was inspiring for him.

It was fascinating to take photographs in the new Apple HQ, a place that plays such a historically crucial role in our present and future. And above all, it was inspiring to work with Jonathan Ive within this setting. It was he who found the form for the technological revolution that was initiated by Apple and his aesthetic has left a mark on an entire generation. I admire his immense visionary power and have tried to express this energy in my portrait.” 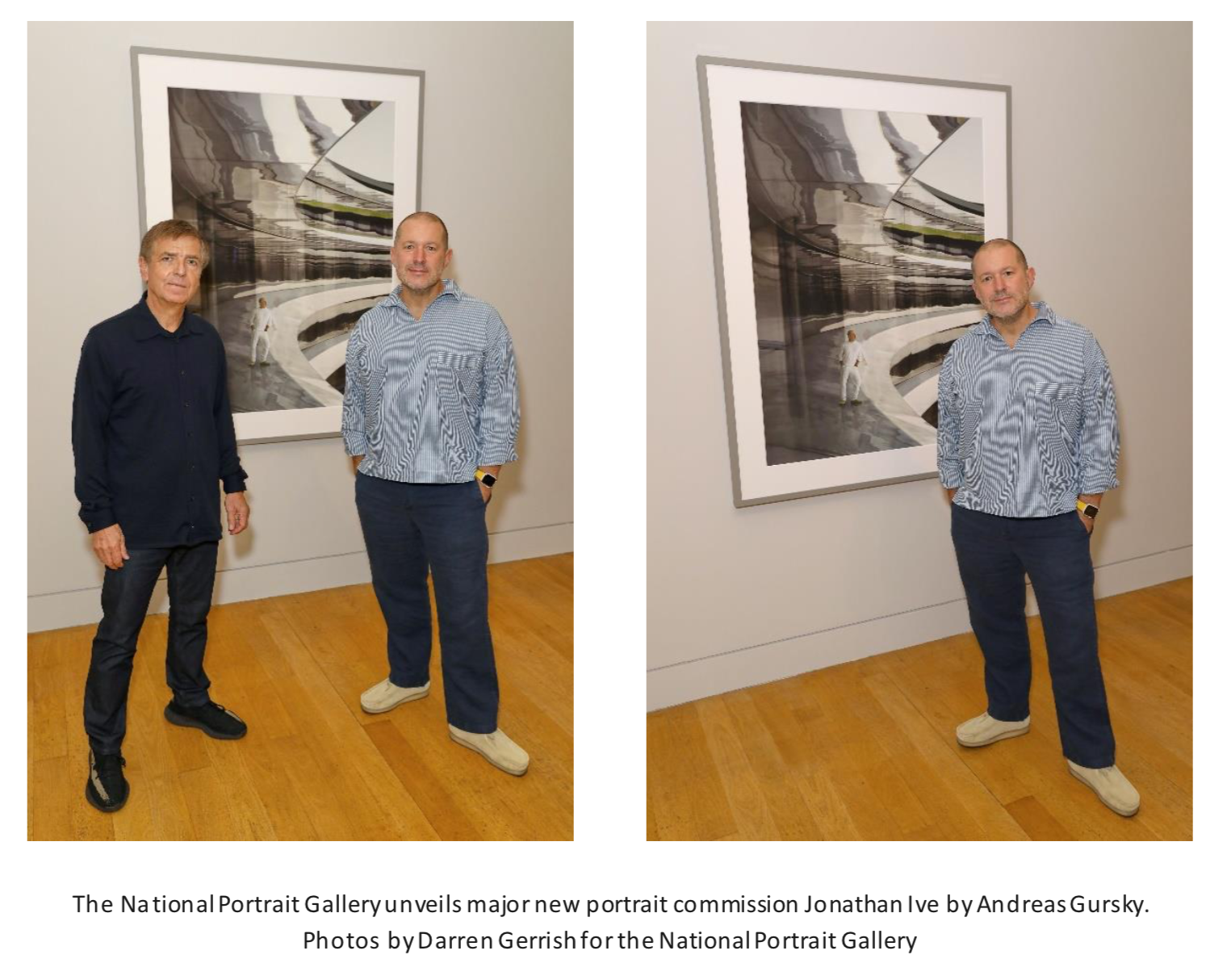 We are delighted to have commissioned this remarkable new portrait, which captures two of the world’s foremost creative minds whose ground -breaking work continues to push the boundaries of both technology and photography. I am extremely grateful to Outset Contemporary Art Fund for their support in developing this series of commissions that represents some of the great contemporary icons of the early 21st century.

Even though he won’t officially be an Apple employee for too much longer, he said: “I will still be very involved — I hope for many, many years to come.”