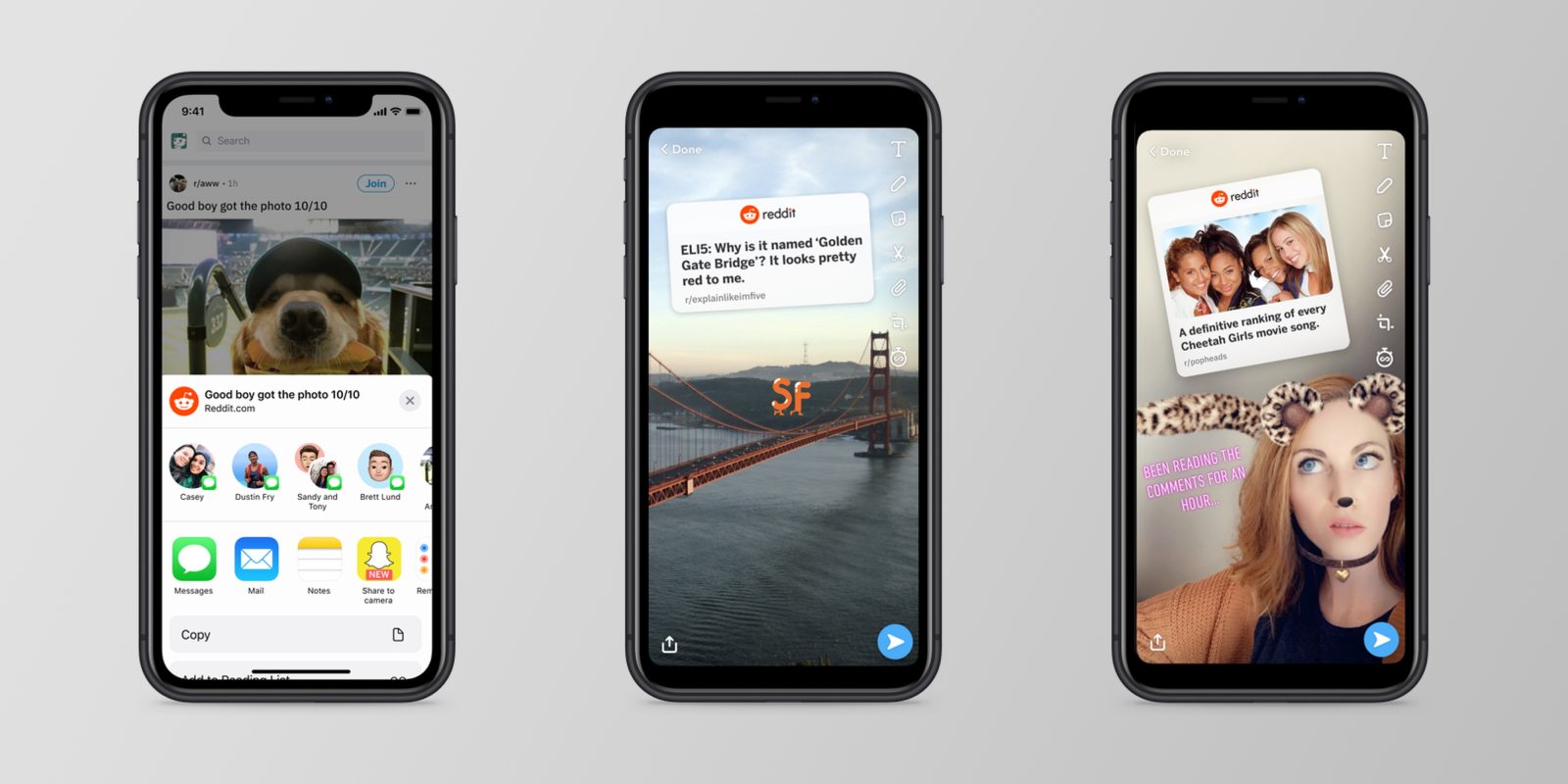 What this means is that if you come across something you like on Reddit, you can easily share it directly to Snapchat. You can either send it to a friend, or post it directly to your Snapchat Story.

If someone who views your Snapchat post has the Reddit app installed, they’ll be able to immediately jump to the app to view the full thread. If not, they’ll be directed to the App Store to download Reddit for iOS. The Reddit content integrates directly into the Snapchat app, with a new sticker designed exclusively for this partnership.

As detailed by TechCrunch, Snapchat and Reddit hope that the partnership will help grow and expand both communities. Snap’s VP of of partnerships, Ben Schwerin, said:

“Reddit empowers discovery and discussion that many Snapchatters love. With this integration, Snapchatters will be able to share interesting posts they find, adding new context and conversation-starters to their Snaps. As shared Snaps drive engagement back to Reddit — this helps advance the power of community and connection across both platforms.”

The new integration is rolling out now. Both Reddit and Snapchat are available on the App Store for free. The feature will roll out on Android “soon,” the companies say.