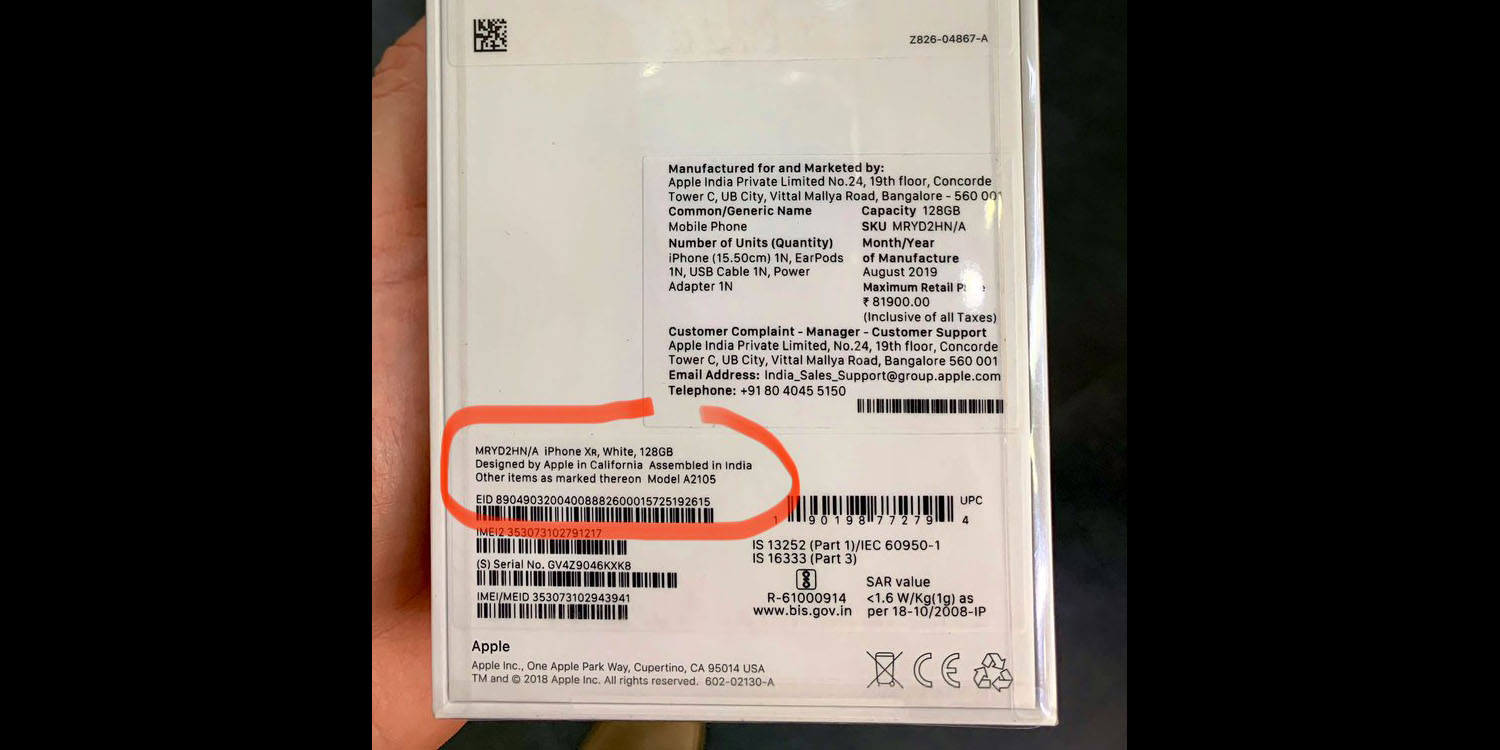 A report last week said that a Foxconn facility had begun making the iPhone XR in India, and a new report today backs this.

The Wall Street Journal’s Newley Purnell supported the report with a tweeted photo of an iPhone XR box printed with “Designed by Apple in California, Assembled in India”…

The specific mention of the XR is part of a more general Wall Street Journal report on India’s push to attract manufacturers to move production there, given continued uncertainty in China.

India is making a push to get Apple Inc. and other big brands to switch production there as the risks of manufacturing in China rise along with trade tensions.

Prime Minister Narendra Modi’s government has been trying to transform the country’s image as a difficult place to do business, promising a more predictable and open regulatory regime, a simpler corporate tax structure and incentives for targeted industries.

The government’s effort has become more pressing as the country struggles with an economic slowdown.

“India will be more attractive, particularly in the light of what is developing between the US and China,” Finance Minister Nirmala Sitharaman said in an interview with the Wall Street Journal […]

India has so far offered special deals to specific companies, a practice that has caused clashes between different government departments. It is instead now offered a 15% corporate tax rate available to all companies investing in manufacturing in the country over the coming years.

Additional incentives are being created for smartphone companies that manufacture in India for export.

The government is crafting a new set of rules to encourage the creation of clusters of international phone brands and parts makers that would make phones exclusively for export, according to people familiar with the plans. Companies in the clusters would have lower import tariffs for components and would be first set up in states that guarantee rents and electricity bills won’t be raised for 10 years, the people said.

India is also relaxing rules affecting foreign companies, which could see Apple finally opening its own retail stores in the country.

Apple is specifically named as a company hoping to export products from India as it faces steep US import tariffs on iPhones manufactured in China. Foxconn has previously shared ambitious plans for the country, though there are challenges to be overcome.