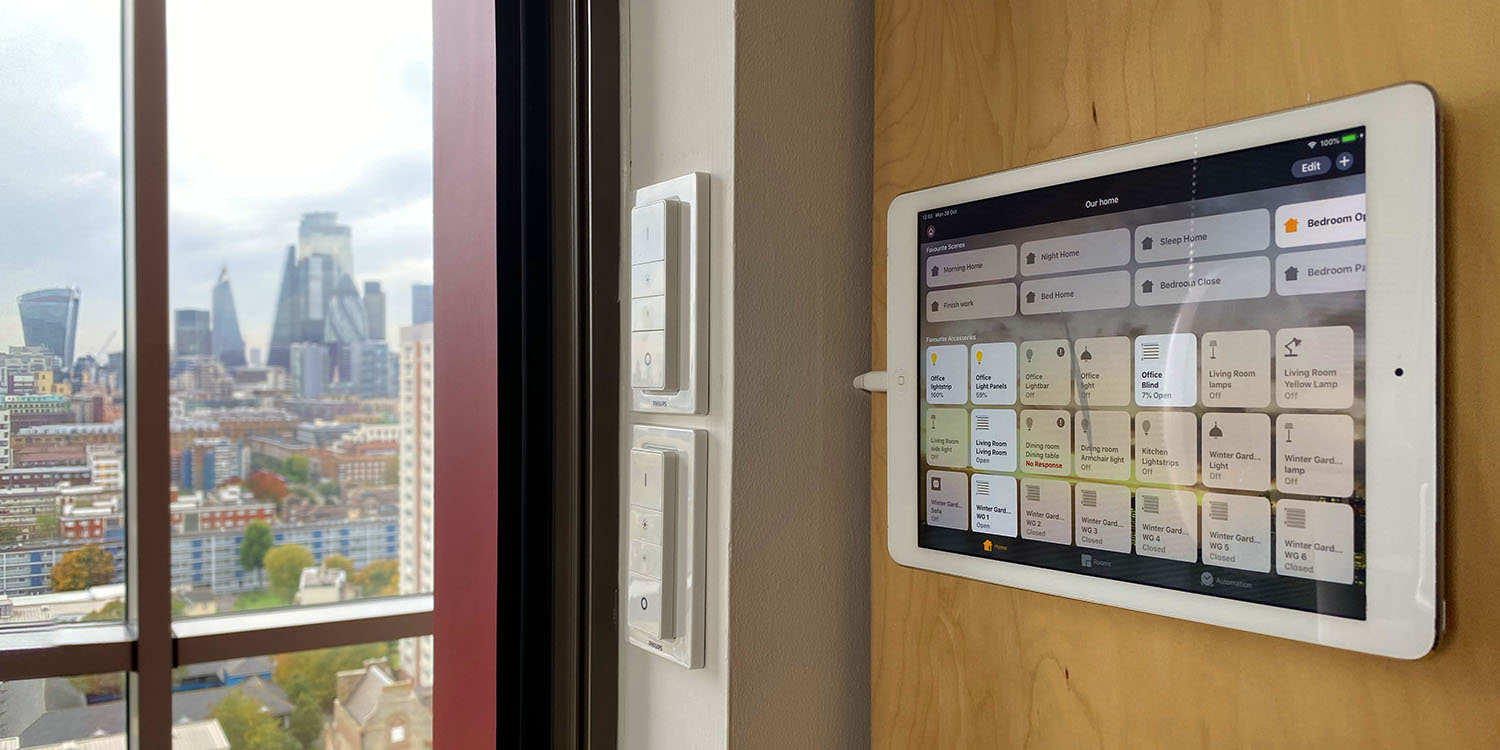 There’s a new report today suggesting that we may be seeing Apple-branded HomeKit accessories as the company explores ways to boost the popularity of smart home technology.

According to a new report by Bloomberg, Apple is investing heavily in its smart home division in an attempt to grow the company’s presence in the smart home market.

Whilst HomeKit has grown significantly in the last few years, it trails Google Home and Amazon’s Alexa platforms in terms of the sheer number of compatible devices. The company is apparently looking at ways to encourage more manufacturers to make HomeKit accessories, and may even release smart home accessories of its own, following the HomePod’s muted reception.

From one perspective, that makes no sense…

When it comes to new products, Apple famously says no a thousand times for every time it says yes. It tries to focus on a small number of products that it can sell in high volumes.

So far, its one foray into Apple-branded HomeKit accessories appears to have been less successful than the company might have hoped. Even in the US, HomePod has around a 5% share of the smart home market, while Amazon Echo holds some 70%.

Now, I’ve often said that’s a grossly unfair comparison: a tinny-sounding $50 speaker pitched against a device with some really impressive audio tech and sound quality way better than its $300 price would suggest. The two products are not even remotely comparable. But, all the same, the market has shown it will take cheap-and-cheerful over quality.

Other smart home accessories wouldn’t have that kind of price differential. There’s no reason at all that Apple couldn’t sell smart lighting, door lock, CCTV systems and the like for much the same sort of price as other respected brands like Philips, August, and Arlo.

However, the fact remains that the potential sales of any individual product type are unlikely to match the popularity of Apple’s more mainstream accessories, like the Apple Watch (not likely to remain an accessory for long) and AirPods. Applying Apple’s laser-focus test, Apple-branded HomeKit accessories make no sense at all.

There is, though, a bigger picture here: the ecosystem.

Smart home products are still pretty niche. Non-techy friends who visit our apartment still see it as something like the Star Trek bridge, and most have gone no further in their own homes than buying an Echo Dot.

Apple’s Home app makes smart home tech much more accessible. Instead of needing one app for your lights, another for your blinds, yet another for your robot vacuum cleaner and so on, everything can be controlled through a single app.

Think, too, about how much potential there is for Apple to revolutionize the setup process. Configuring most smart home tech is a horrible experience, even for techies. Running an app, waiting for it to painfully find the product, exiting to the Settings app to connect to the product’s own Wi-Fi hotspot, entering our router credentials… The process is convoluted, unfriendly, and unreliable.

Imagine instead if Apple-branded HomeKit accessories worked like AirPods or HomePod. Move your phone close to the device, be asked if you want to add it to your home, say yes – then have the rest happen automatically.

That’s something that would dramatically boost the uptake of smart home products. But even more importantly for Apple, it would further lock people into the Apple ecosystem. If switching from iPhone to Android meant losing that ease of use, and having to install half a dozen apps to control your various smart home products, hardly anyone would ever do it.

So from a short-term perspective, Apple-branded HomeKit accessories make no sense. But from a longer-term one, Apple could significantly boost demand and significantly strengthen its already-enviable brand loyalty. If I were Tim Cook, this is that one time in a thousand I’d be saying yes.

That’s my view – what’s yours? Please take our poll, and share your thoughts in the comments.