Apple Tower Theatre: Checking in on the restoration 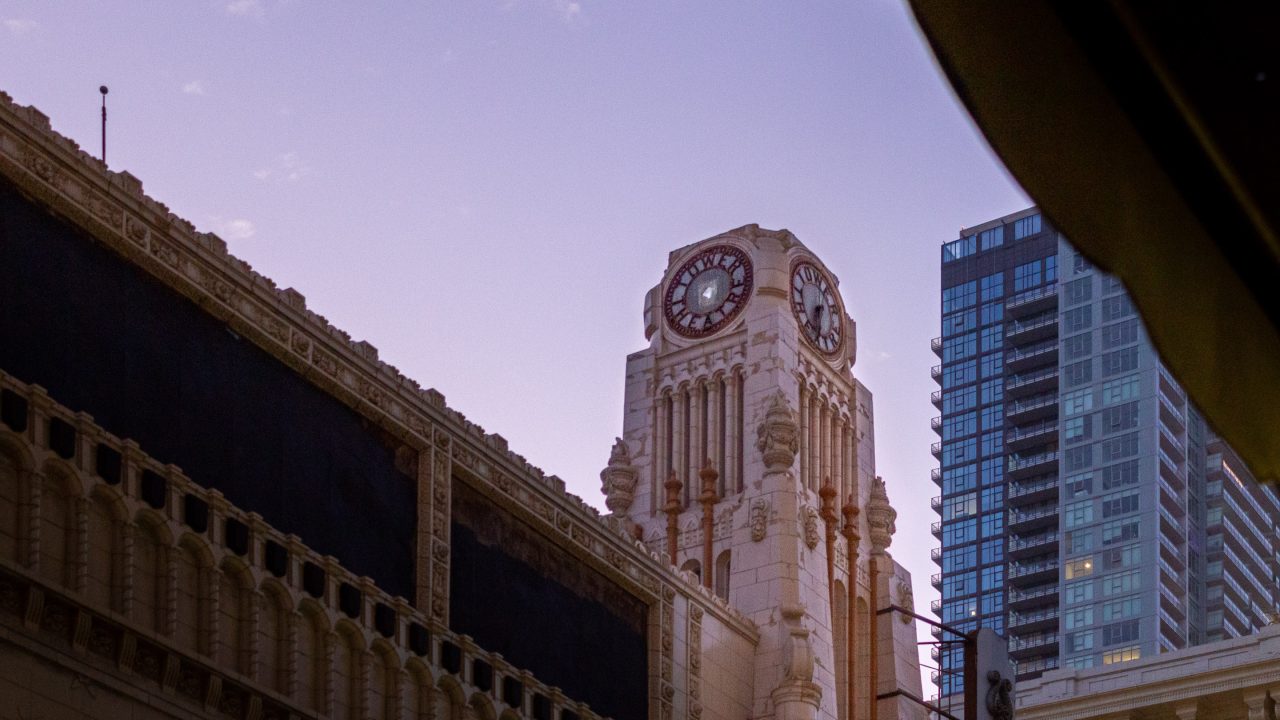 Apple’s isn’t ready to premiere its first retail store in Downtown Los Angeles just yet, but the stage is set. Broadway’s Tower Theatre is undergoing the largest transformation in its 92-year history. Apple’s restoration of the building will save an important part of Los Angeles culture and draw new energy to downtown’s core. Here’s a look at what’s been done so far.

Last August, Apple officially unveiled its plans for the Tower Theatre after nearly three years of rumors. With stores in L.A.’s suburbs but none downtown, the Tower presented an excellent opportunity for Apple to grow in a way that exemplifies its modern retail values.

Late in October 2018, I documented the dilapidated state of the Tower Theatre just as Apple’s renovations were beginning. The terra-cotta structure was still immaculately detailed, but tired and worn from decades of neglect and nearly a century of opening nights. Last Sunday, November 3, I revisited the Tower to check in on its restoration progress. 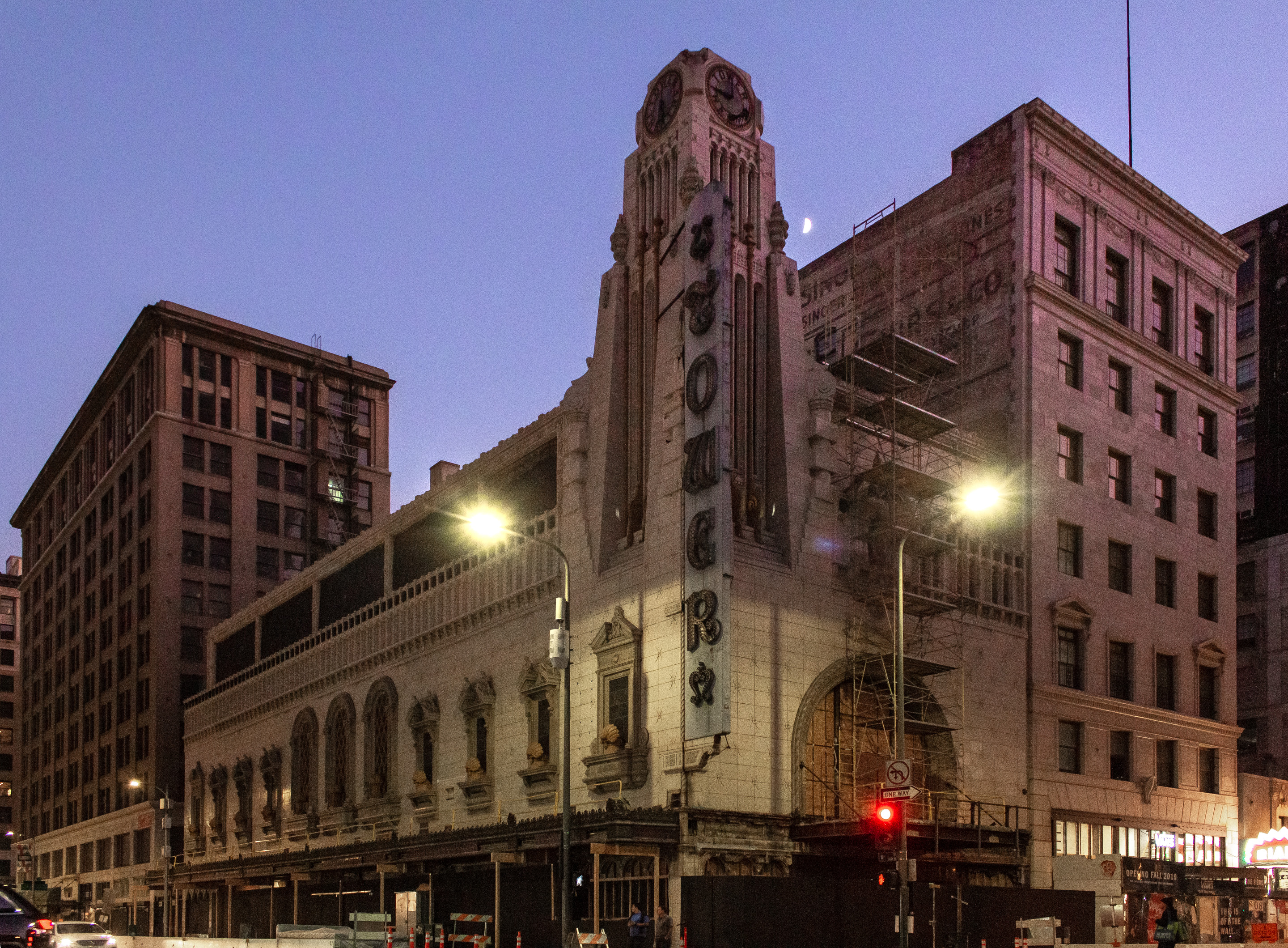 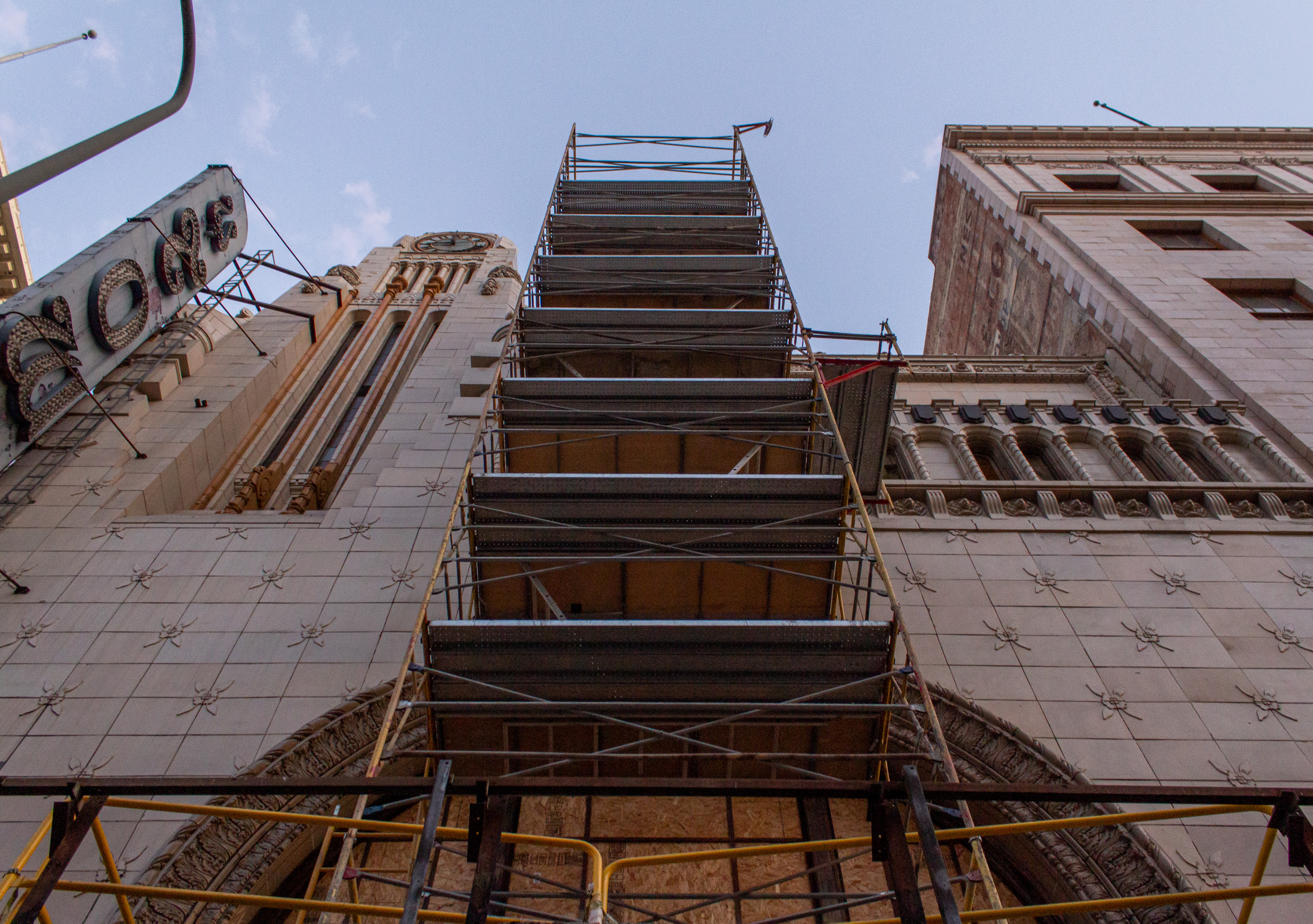 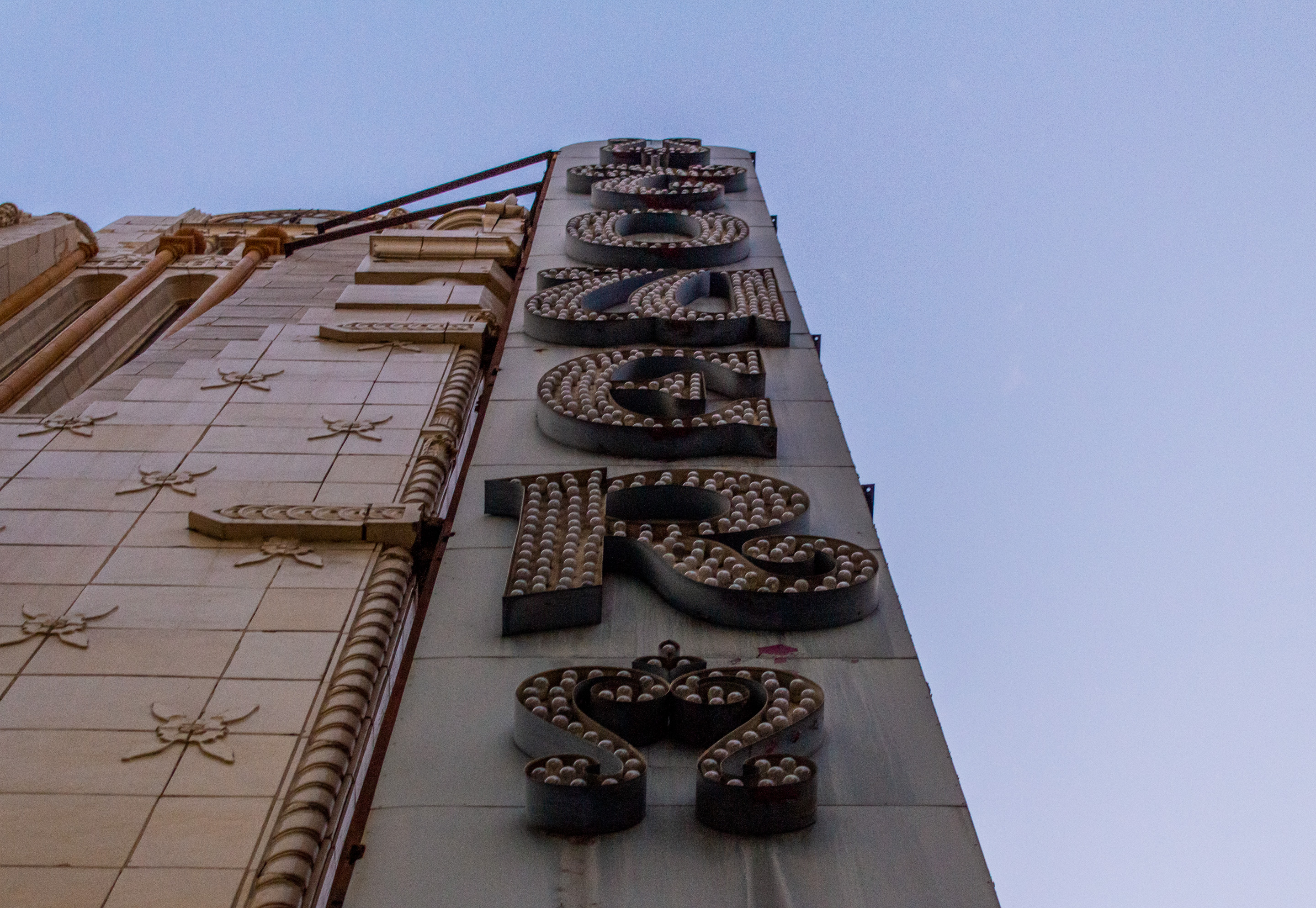 Apple has rehabilitated dozens of historic buildings, mostly outside of the United States. The latest project, Apple Carnegie Library in Washington, D.C., shows that a proper restoration takes time but is well worth the wait. That’s sure to be the case in Los Angeles as well, where exterior work on the Tower Theatre appears slow but steady.

Over the past year, the arched stained glass window above the theater’s entrance has been boarded over, presumably for cleaning and releading. The 1960s-era marquee is partially demolished, with scaffolding rising on top of the remaining portion. Apple’s renderings show that the theater’s original 1927 marquee will be recreated. 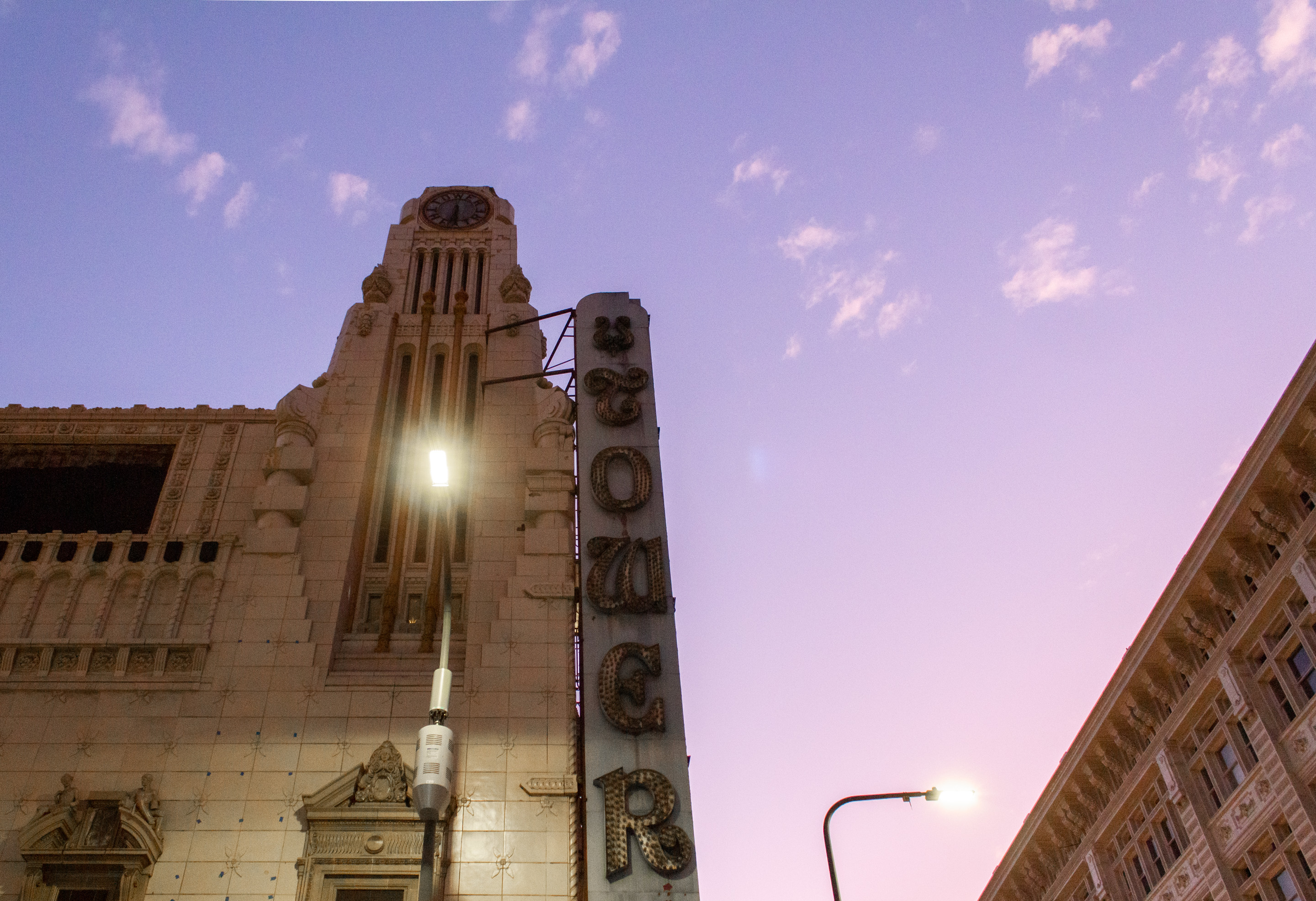 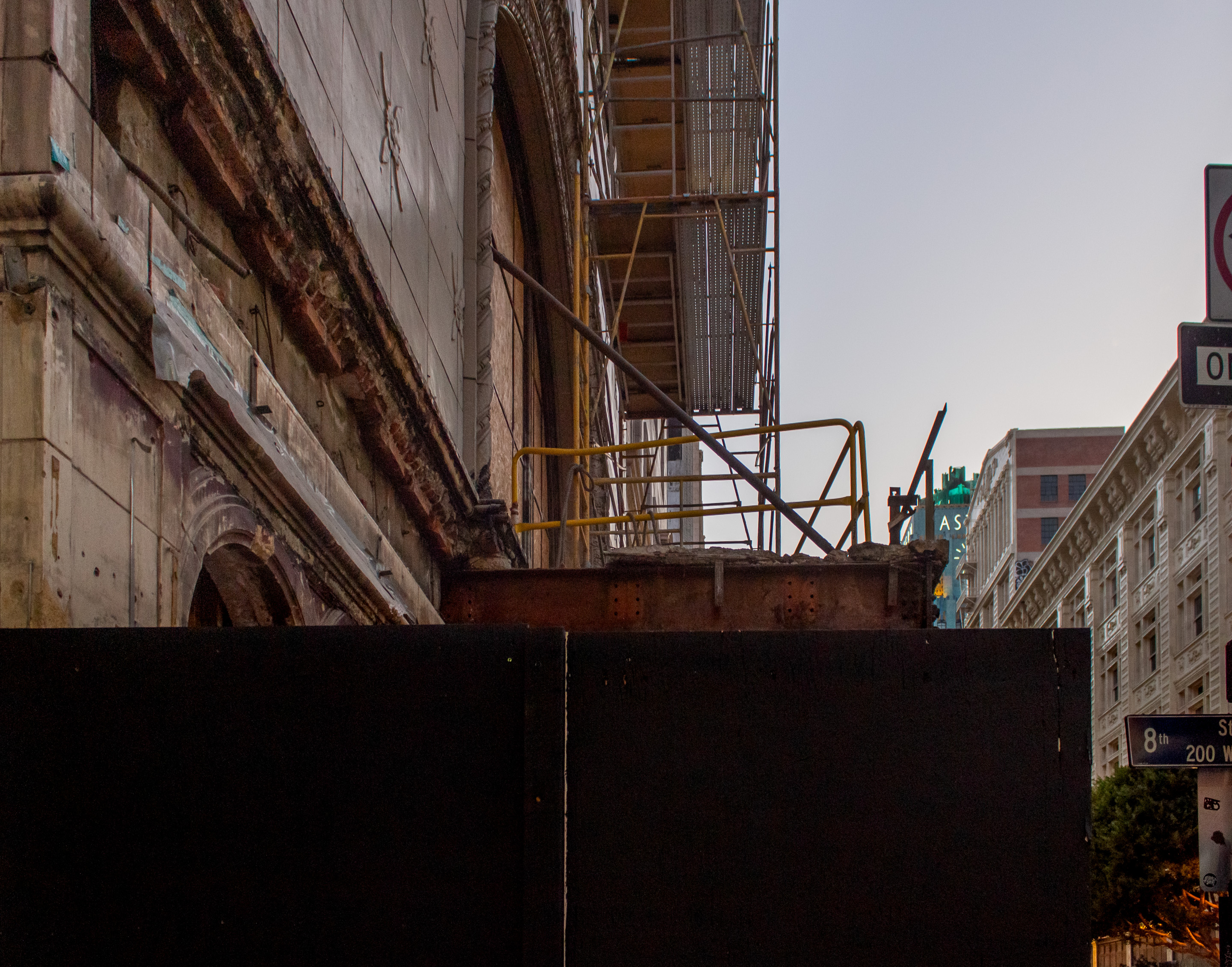 Black construction walls obscure the Broadway entrance and cover every ground-floor window. The ornate 8th Street canopy has been reinforced with plywood supports so crews can work above. Last year, the theater’s 8th Street facade was still carved up by a collection of shuttered and recently relocated shops. The tenant spaces have been removed, and new doors will open the main store area directly to the street.

Visible work on theater’s iconic and severely damaged namesake tower has yet to begin, but hints of progress can be found all over the facade. Small elements — a decorative cast iron column, a few pieces of terra-cotta, and canopy detailing — have been removed. These features will likely be used as templates to recreate missing or damaged details elsewhere on the building. 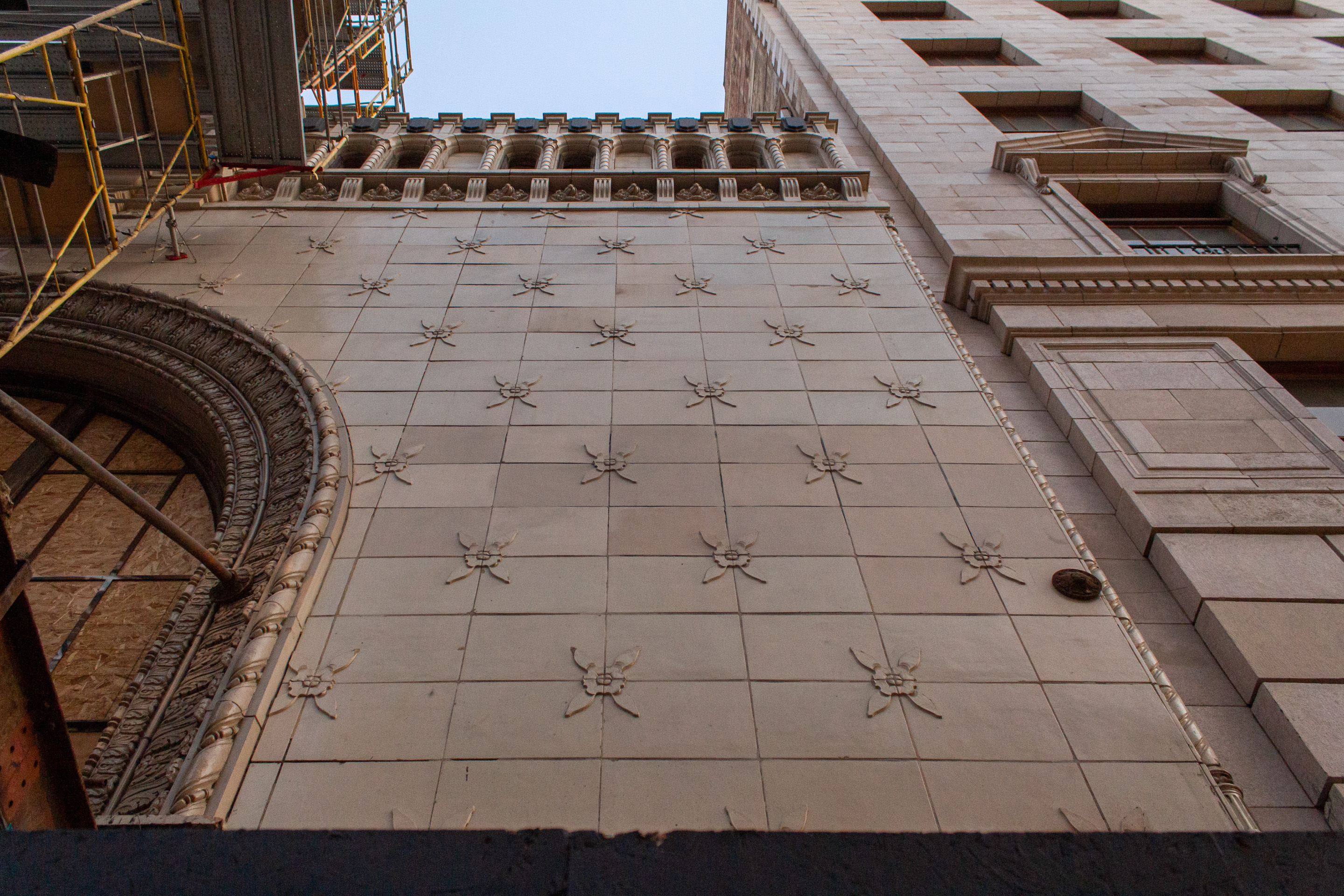 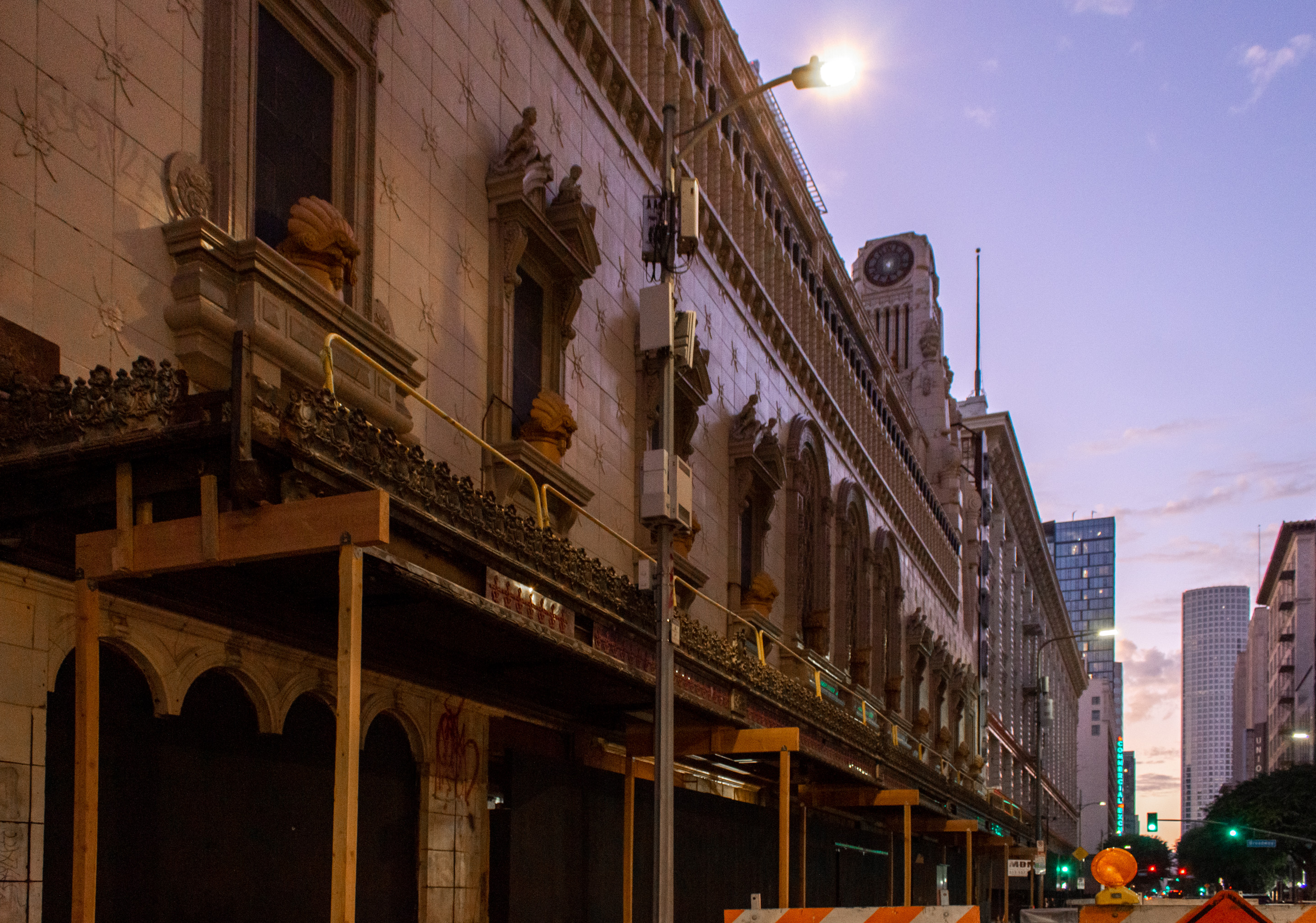 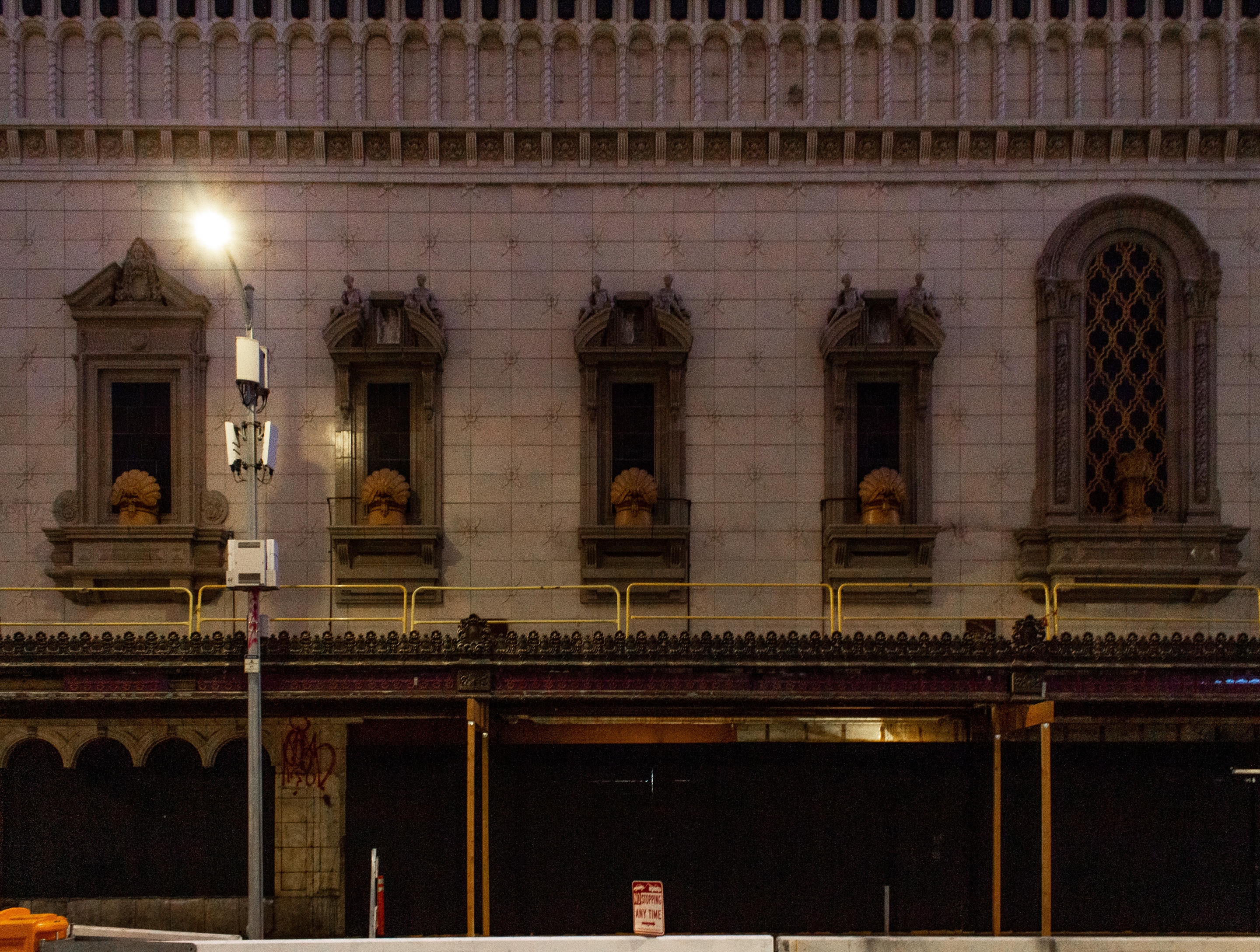 Blue painter’s tape maps a grid of points on the terra-cotta tiling near the front of the building. Just below, graffiti from a tagging this past summer has been scrubbed. The LA Historic Theatre Foundation reported in October that new exterior lighting is being trialed on the clock tower and 8th Street facade. 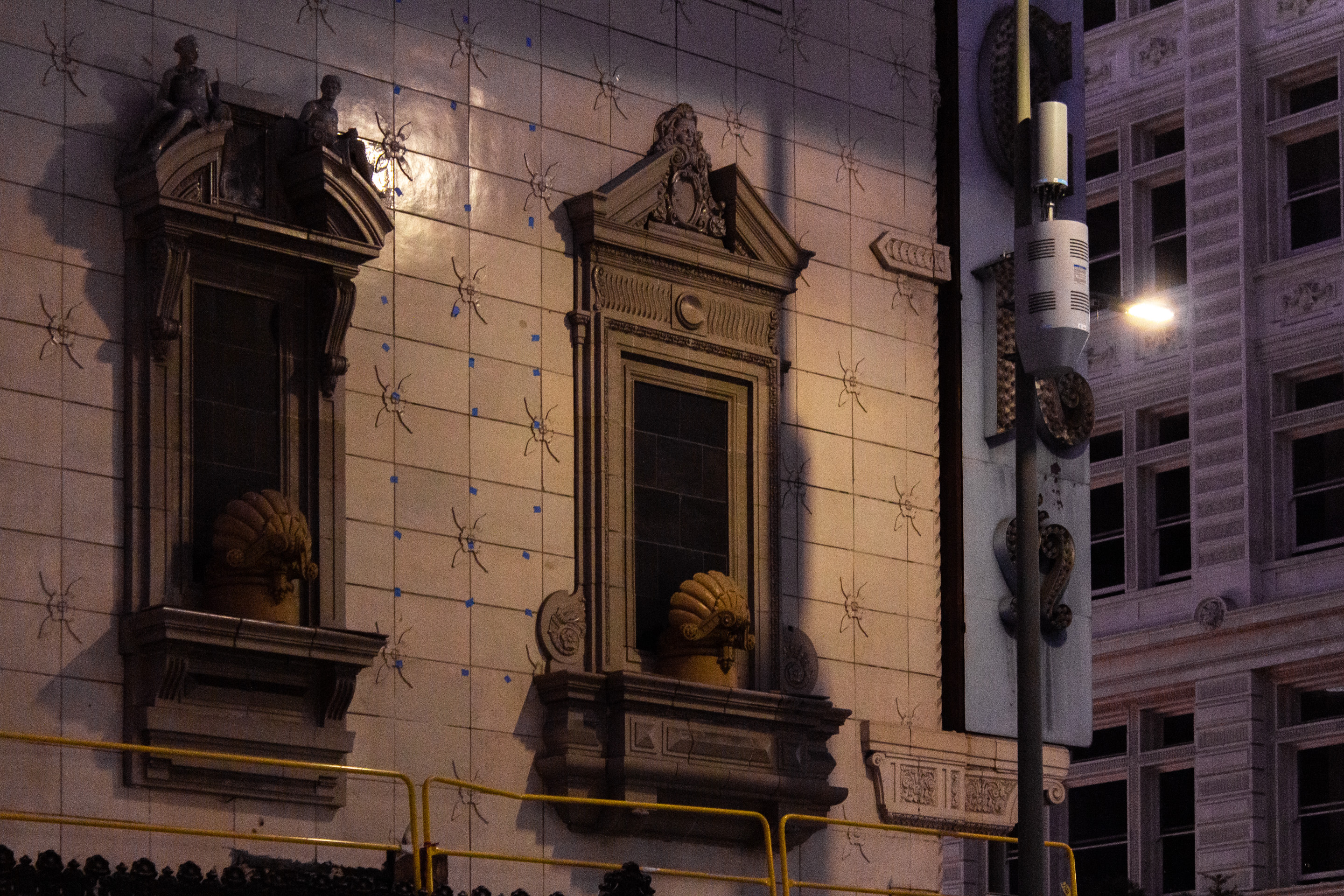 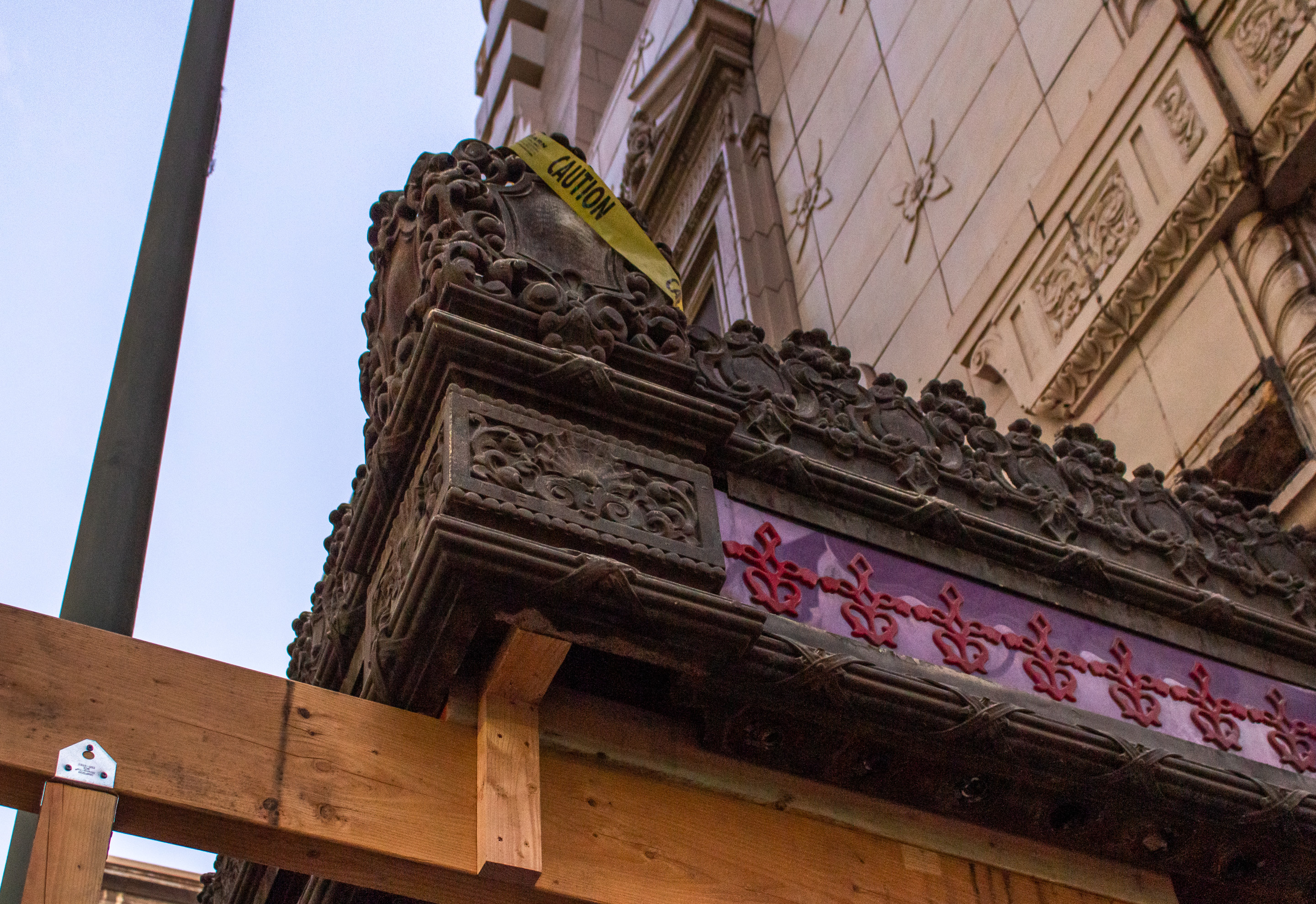 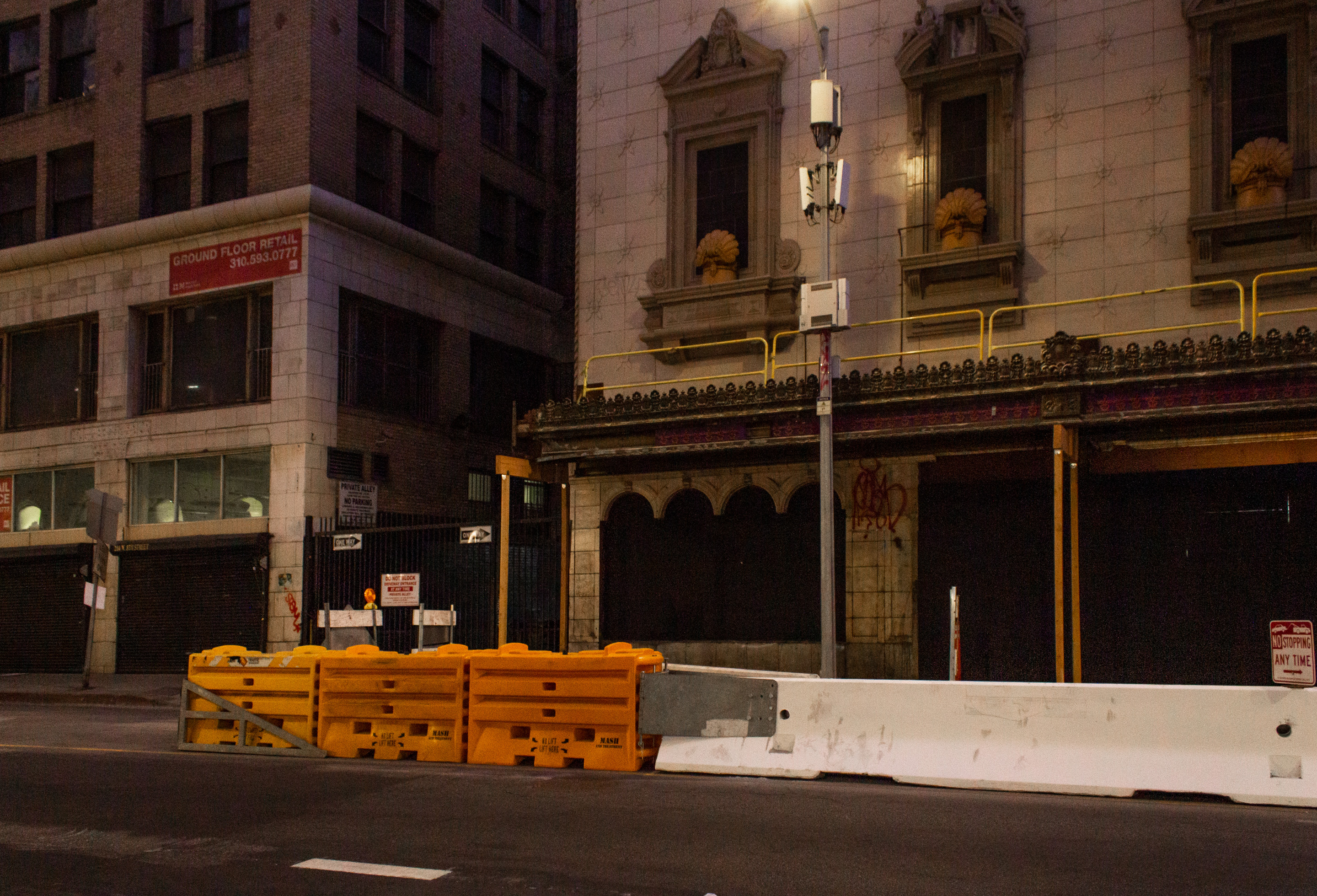 The exterior lights weren’t on when I visited just after sunset on the 3rd, but lights inside on the second floor offered a glimpse of scaffolding and construction. According to the Los Angeles Theatres blog, considerable demolition work has already been completed inside. 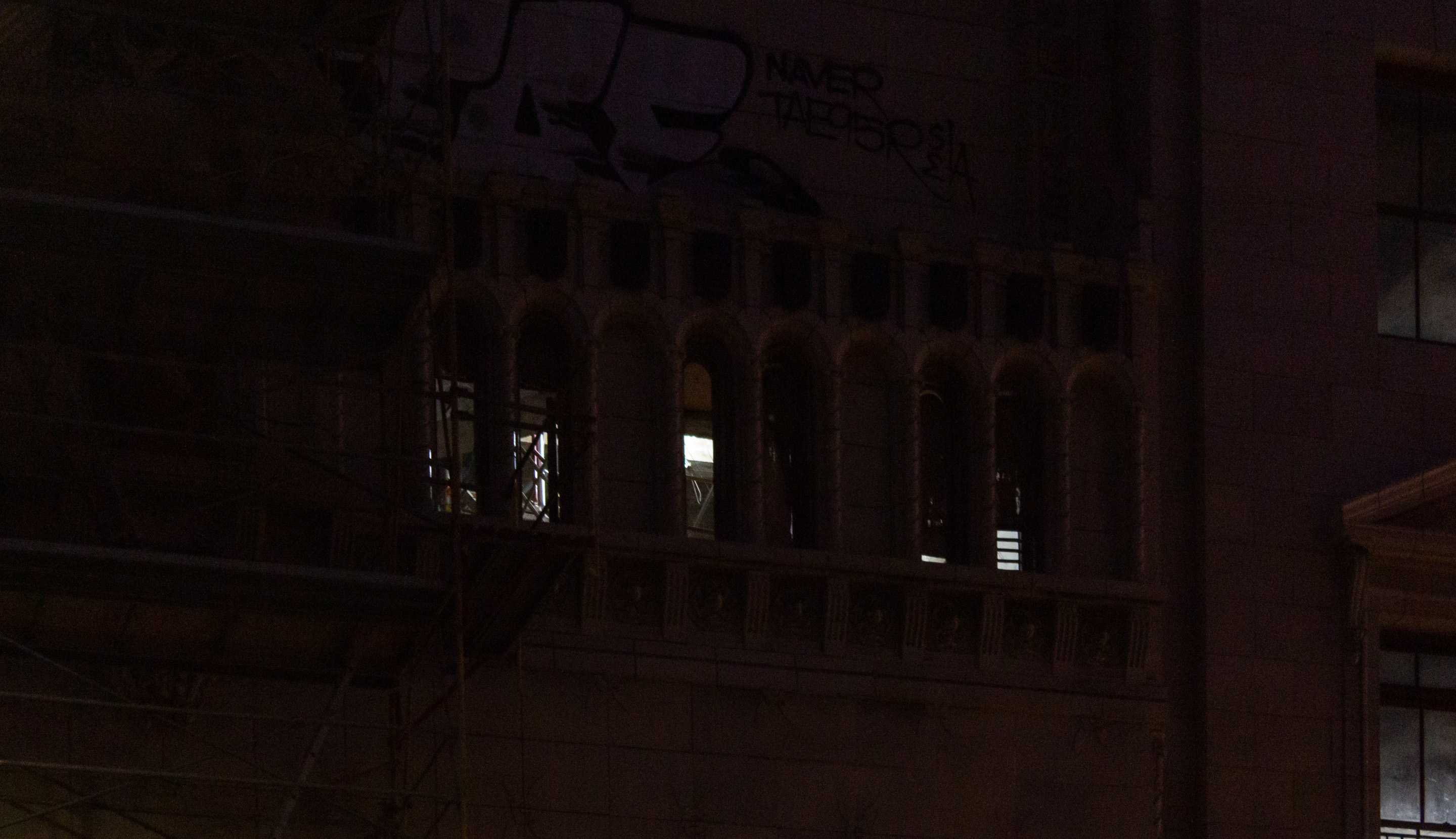 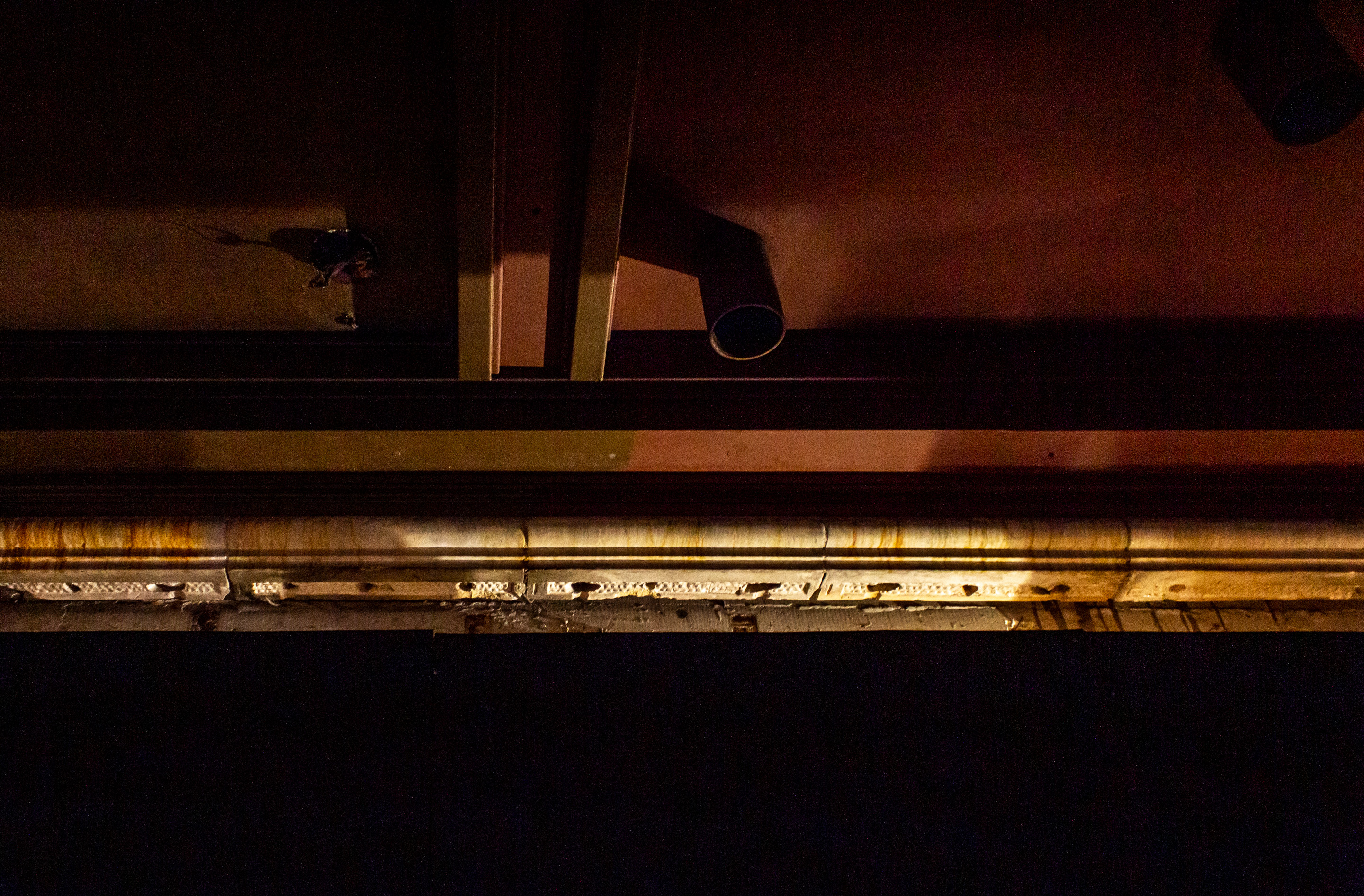 It’s not just Tower Theatre that’s changing. All of Downtown Los Angeles is still rapidly evolving. Next door to Apple, signage is already lit in the window for the Vans flagship store promised to open in fall 2019. Compared to last year, the area felt cleaner, safer, and better maintained. Downtown no longer feels like a strange location for an Apple Store.

Broadway is growing, but with it has come a homogenizing force brushing the streets and storefronts of some unique character. The arrival of international brands and boutique restaurants with a universal design taste makes Downtown Los Angeles feel just a little more like any other city. 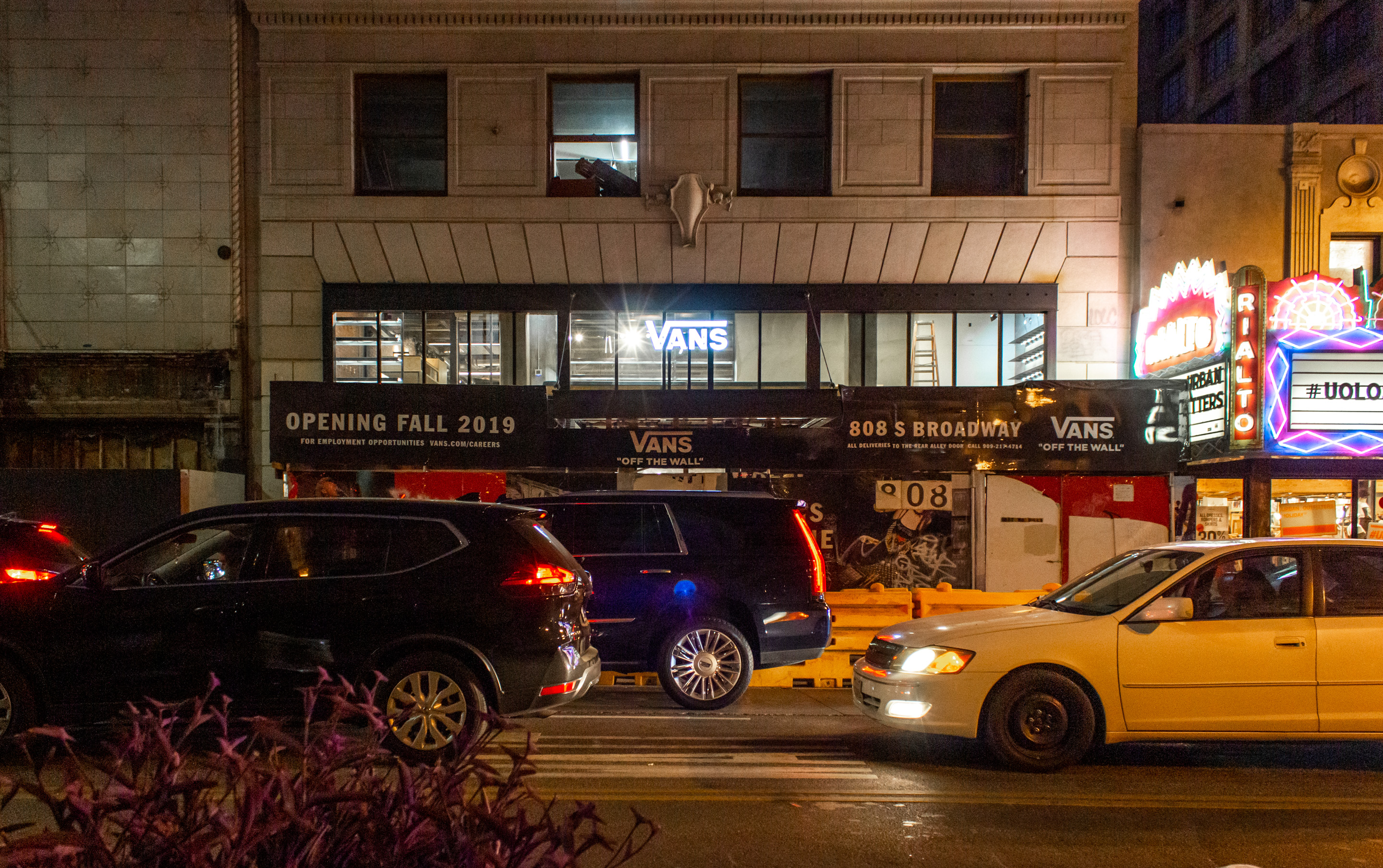 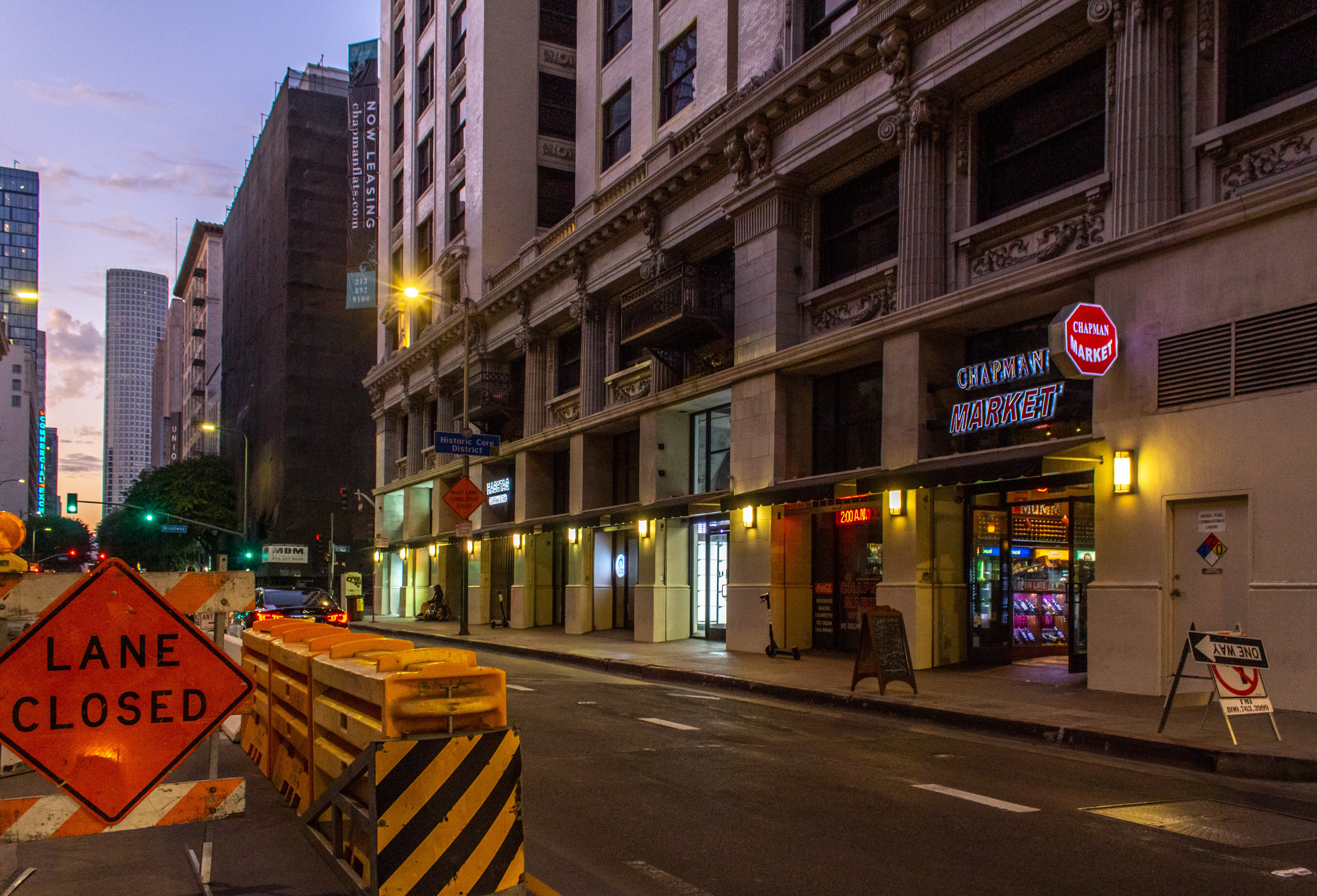 When the opening credits roll and the Tower Theatre comes to life again, it’ll be Apple’s job to celebrate the arts and culture of Los Angeles through Today at Apple, reminding visitors of the building’s cinema past and creative future. Will you be there for the premiere? 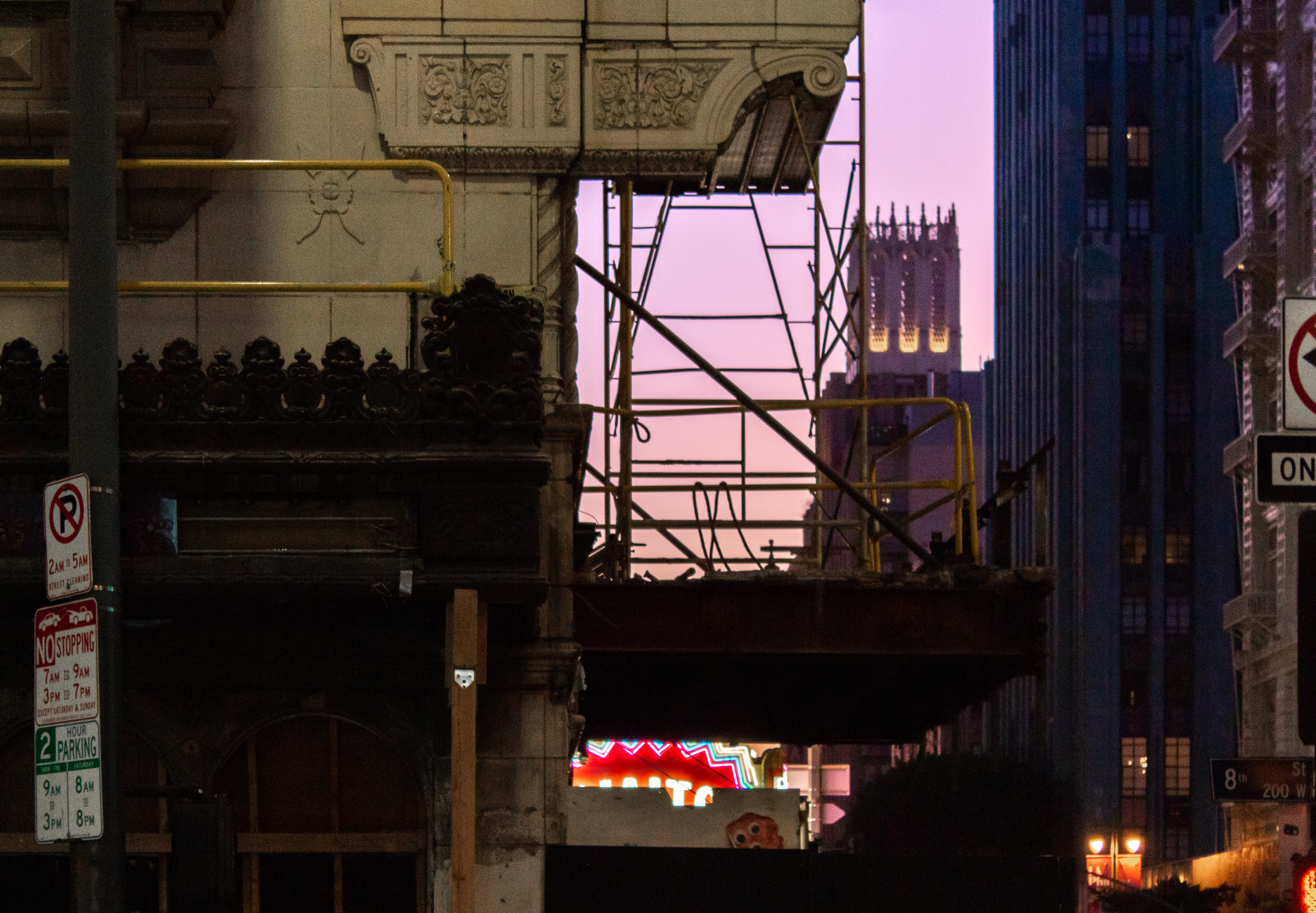