Comment: A few hours with Project xCloud for iOS preview shows a lot of promise

Growing up, I was a video game junkie. I played games in all my free time. My first game system was the NES, and the final one I personally owned was the PS2 and original Xbox. I even worked at EBGames (I still don’t accept the EBGames/GameStop merger). I have fond memories of playing Halo at LAN parties, the first time I played Madden online, and being scared to death of Resident Evil 1 when I was in the 6th grade. Once I got married and had kids, I just didn’t have the free time that I had before. Now that my kids are old enough to play games, I’ve been following the industry a bit more, and I just spent a few hours with the Microsoft Project xCloud for iOS preview that we wrote about yesterday.

Microsoft Project xCloud for iOS is really a beta

When I got access to it, I expected it to be one of those beta experiences that claimed beta but was actually really polished. However, Project xCloud for iOS truly is a beta. In playing Halo, I saw considerable lag (and was notified about network slowdown), but I was on a Wi-Fi 6 connection using a gigabit internet connection. This slowdown is certainly something you could attribute to the service being in beta. The lag went up and down during the match, and I was proud that I didn’t finish dead last.

Overall, I had a lot of fun though. I have so many memories from my college years of playing Halo with friends. It’s amazing how quickly the map layouts and weapon locations come right back to you despite not having played the game in over a decade. 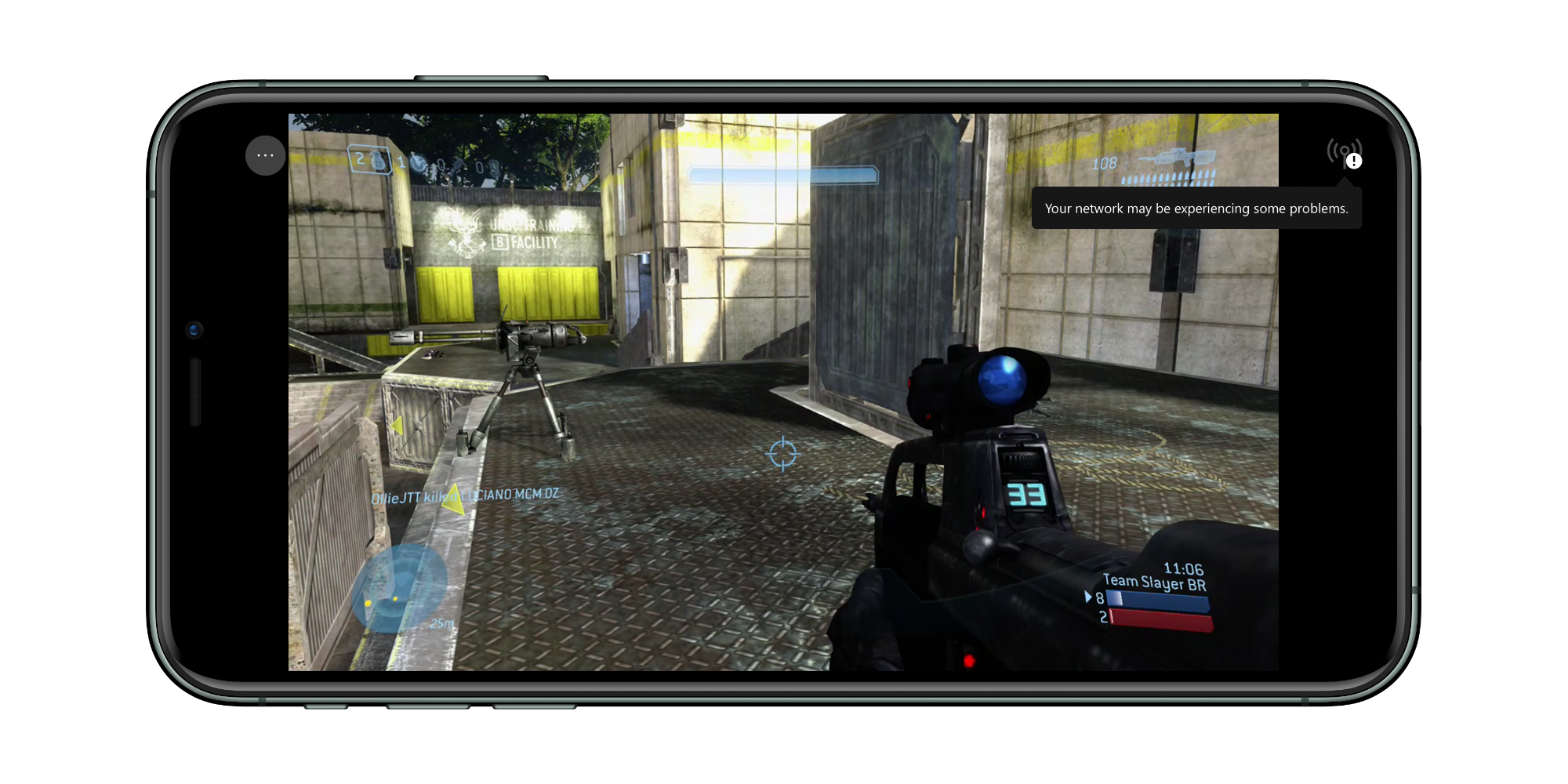 Some people might think Microsoft Project xCloud for iOS is a competing service to Apple Arcade, but I don’t think it is in reality. Apple Arcade is a low-cost service that has, for the most part, included games that you can pick up quickly and get right into. Project xCloud is a way to take the Xbox One experience with you. My kids got a Nintendo Switch last year, and the more I think about that system, the more genius it becomes. It can dock with your TV, but you can easily take it with you as well.

With Microsoft Project xCloud, any iOS or Android devices effectively become a mobile version of your Xbox (once all of the games are added). All you need is an Xbox controller and fast enough internet connection. Microsoft is building a Nintendo Switch like experience without having to build and sell a portable console. They can focus on their living room hardware while Apple and Google get to build mobile devices.

On Apple’s end, this service makes all iOS devices a mobile console for Xbox fans. If you were someone who hadn’t cared about owning an iPad before, Project xCloud turns your iPad into a mobile Xbox.

I am excited to see where Microsoft Project xCloud goes in the future. If I can play console-quality games on my iPad during my lunch break, then it’s quite possible I might start playing games again. I would love to be able to play the full version of Madden with a controller on the go.