Review: AmpliFi Alien might be the most powerful home router on the market I have a very strange memory. I can forget my wife’s dinner order when picking it up from a restaurant, but I can remember the most random details from years ago. One of those is knowing every router I’ve ever used. The first one was a Microsoft 802.11b router, followed by the classic WRTG54G, onto a Netgear 802.11n model, followed by two 802.11ac AirPort Extremes, and finally the previous generation Google Wifi. I recently got a chance to try out the new AmpliFi Alien router, so I was excited to put some of its features (including Wi-Fi 6 support on iPhone 11 Pro) to the test.

The actual hardware is beautifully designed. I prefer the black color over Google’s white as it blends in easier. It’s quite a bit taller than Google’s base station, and it’s slightly bigger than Apple’s old AirPort Extreme. Unboxing was what you would expect. It comes with the actual router, a power cord, CAT6 cable, and the instruction manual. The router includes a touch screen that allows you to test your internet speed, view the time, and make minor network changes. 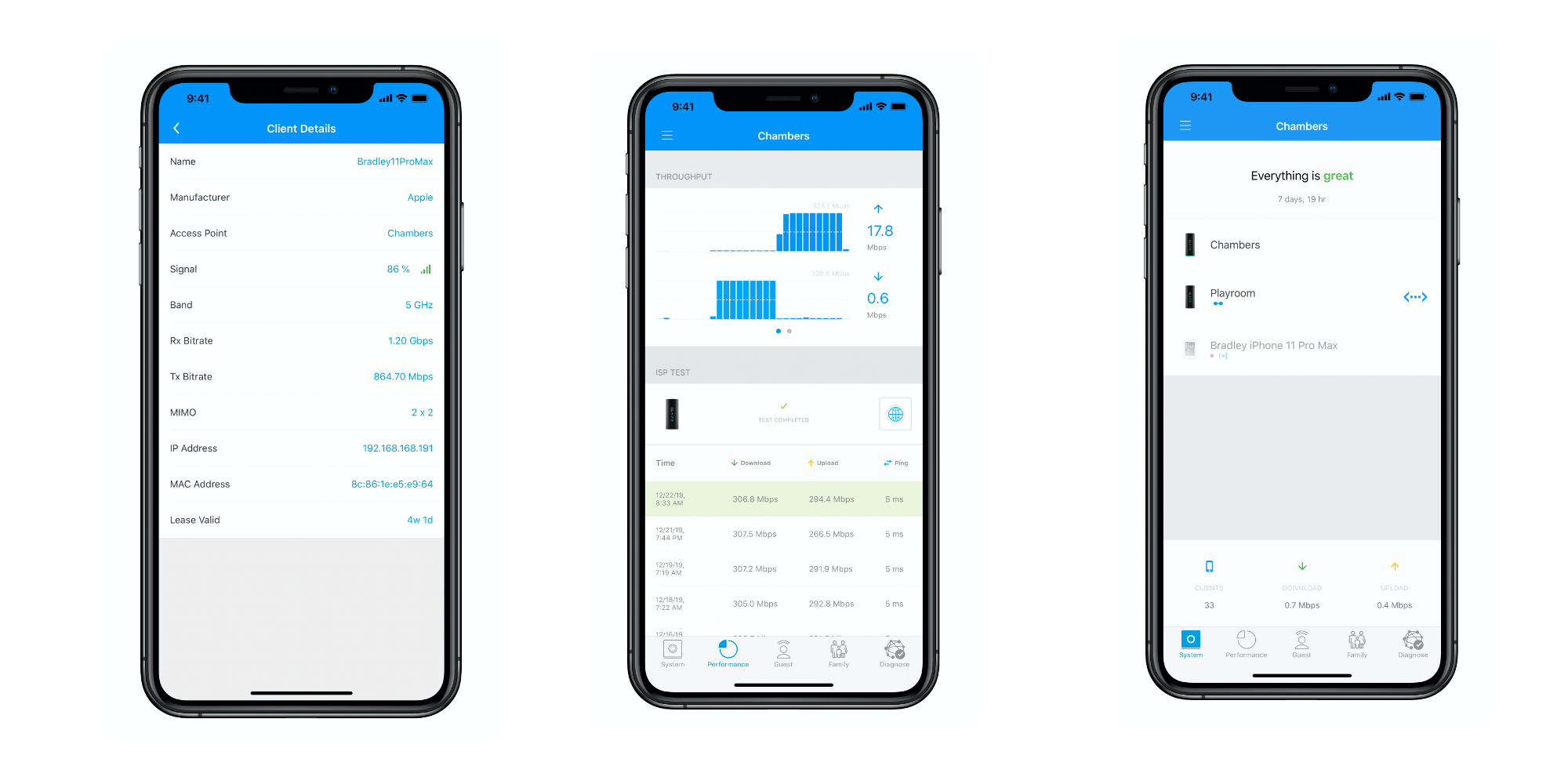 Ubiquiti claims a one-minute setup experience in its marketing copy, but I am usually pretty suspicious of such claims. Much to my surprise, I had a single unit up and running in about a minute. Upon plugging it in, it starts up, and then I used the iPhone app to connect to it. The set up was flawless. I am not talking about one of those setups where I had to reboot the app a few times to get it to connect, but rather it was just done. The app allows you to pick your SSID, password, and then it’s done.

After this initial access point was up and running, I took a stroll around my house, and I had coverage everywhere. I could comfortably live off this one router alone. But my entire house is wired with CAT6, so of course, I am not going to stop at just one. I went to work setting up router 2 in my upstairs bonus room. It immediately paired with the central unit. It initially connected using a mesh connection, but the app allows you to switch to a wired backhaul if it exists. Overall, the entire setup was a breeze. It’s the most straightforward home router I’ve ever configured. 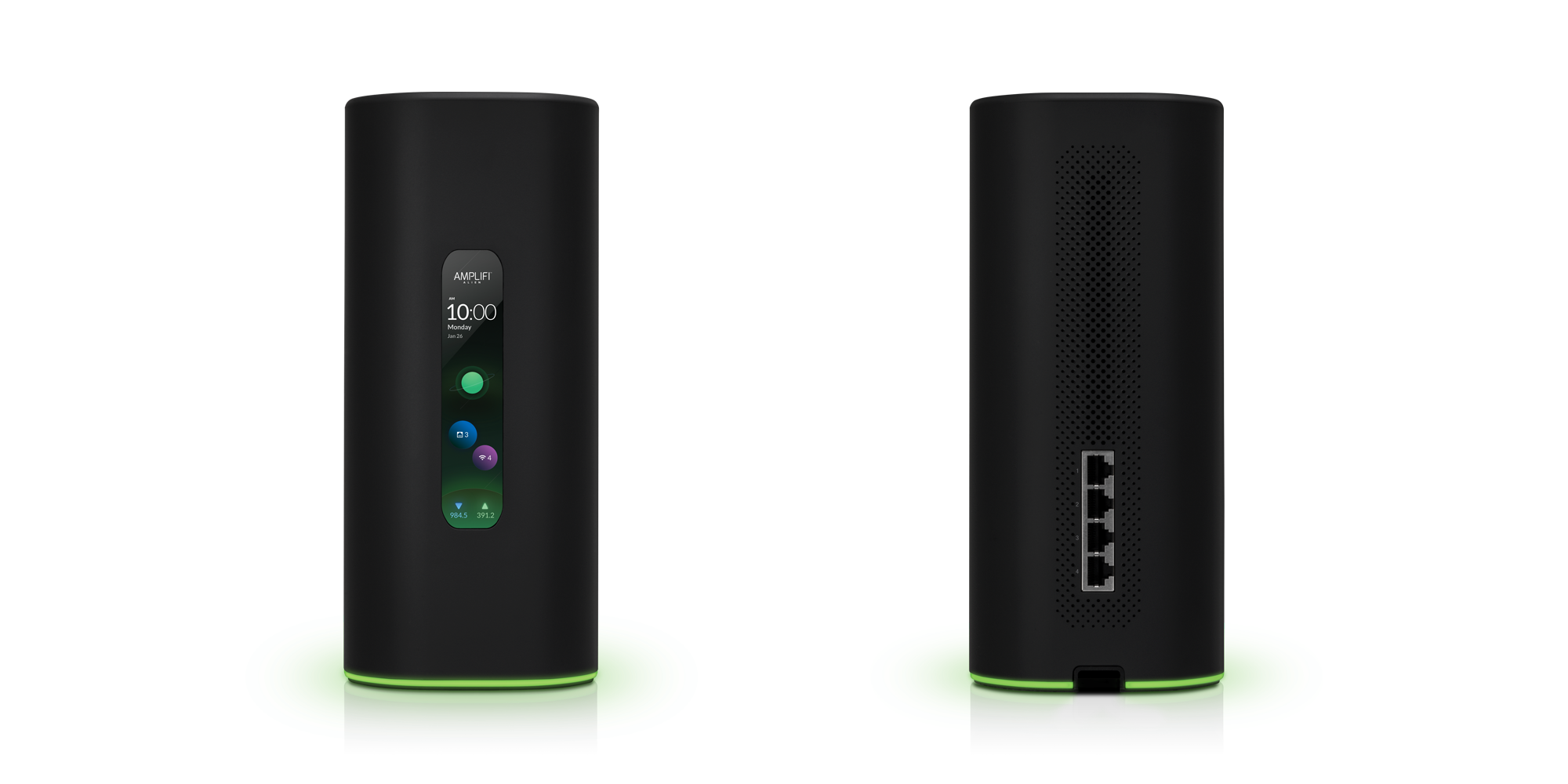 For most routers released in recent years, they are generally doing the same thing. They might have a fancier UI or an extra feature or two, but overall, it’s about providing reliable Wi-Fi in the home. Mesh systems have made it easier to cover larger homes as well. As I was using the Alien router, I was thinking through why might someone want to buy it over another product. After all, it’s $379.99 for one router where Eero offers a router and two satellites for less money. If you are comparing Wi-Fi to Wi-Fi, you might be right, but AmpliFi Alien provides three features that, if you need/want them, make it the only option.

I’ve written about how Wi-Fi 6 will impact enterprise environments in the past few months, but I haven’t mentioned much about home markets. It’s a much bigger deal in the enterprise than it is for a single-family home (multi-dwelling units are another story).

Wi-Fi 6 is bringing capacity enhancements to the enterprise, but most homes aren’t struggling with that as much as businesses are. My house has 35 devices (mostly Homekit switches), where a lot of enterprise customers can easily have 350+ on their Wi-Fi at any given time. Wi-Fi 6 is going to help enterprise networks provide better service to a lot of devices. With that being said, Wi-Fi 6 is here, and if you want to future-proof your home network as much as possible, AmpliFi Alien is your best choice at the moment. 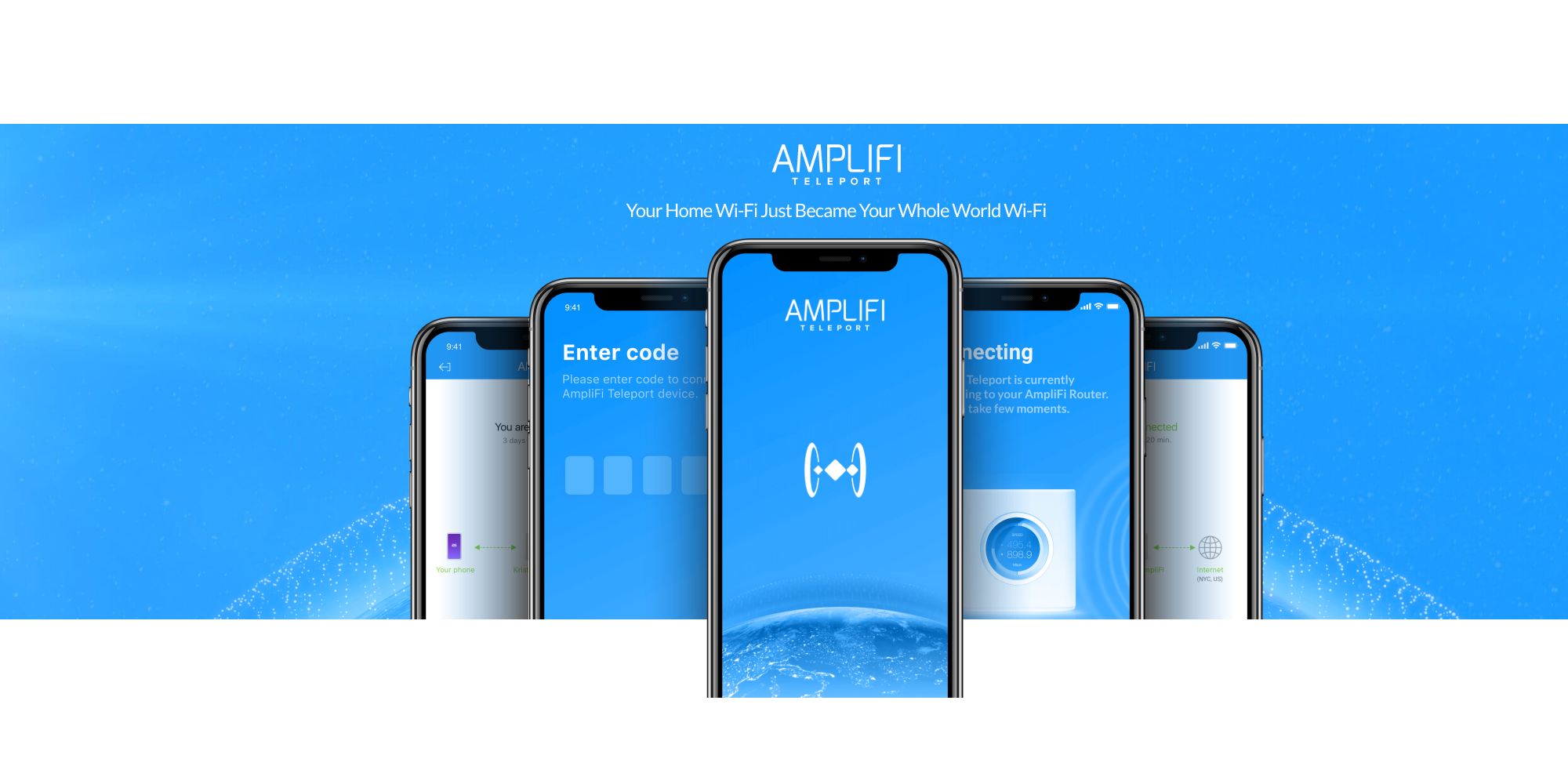 Another feature of the AmpliFi Alien that I absolutely can’t imagine not having now is the ability to teleport home. This feature isn’t specific to just the Alien model, but rather the entire AmpliFi lineup. It allows you to skip using a third-party VPN. There are a lot of great ones on the market, but they aren’t free. If you are at a coffee shop, you can use the Teleport app to create a VPN connection to your home network. Using this will make your connection come through your home network and give you a better privacy situation over just using public Wi-Fi.

This feature will also come in handy when traveling. Let’s say that you use YouTube TV to watch your local channels, but when traveling, it forces you to view the channels of the place you are currently. With the free Teleport feature, you can easily make YouTube TV think you are at home.

My only complaints about this feature are the lack of a macOS app and a persistent connection. Ideally, you could connect to your home network and leave it running. I found that it disconnected when going from Wi-Fi to LTE. In my mind, I would whitelist SSIDs that I didn’t want to use Teleport for, and then it would auto-connect otherwise. If other vendors were smart, they would copy this feature.

The final feature that sets AmpliFi Alien apart is its router to router VPN feature. This feature allows an AmpliFi router in one location to connect to another one through a site to site VPN. So why would you need this?

Let’s say you want to watch an in-market baseball team on MLB.TV. You could VPN a specific device to another AmpliFi unit in another city. Your Apple TV, Fire Stick, or Roku would then be able to access out of market content. You could also use this feature if you are in a country that blocks certain websites, streaming services, etc. By connecting to an AmpliFi unit in another country, you create a secure way to access services without much fuss.

Overall, you won’t find a better home router that is future-proofed more than AmpliFi Alien. It has the latest Wi-Fi standard (Wi-Fi 6), an incredible range, easy to set up, and has some excellent power user features. It’s not the cheapest home router on the market, but it might very well be the best. I’ve replaced my Google Wifi setup with it, and I don’t think I’ll be changing any time soon. I would also recommend checking out the 9to5Toys review where Blair Atland looks at how AmpliFi Alien is making him rethink his UniFi setup.

You can purchase AmpliFi Alien from the AmpliFi website or Amazon.