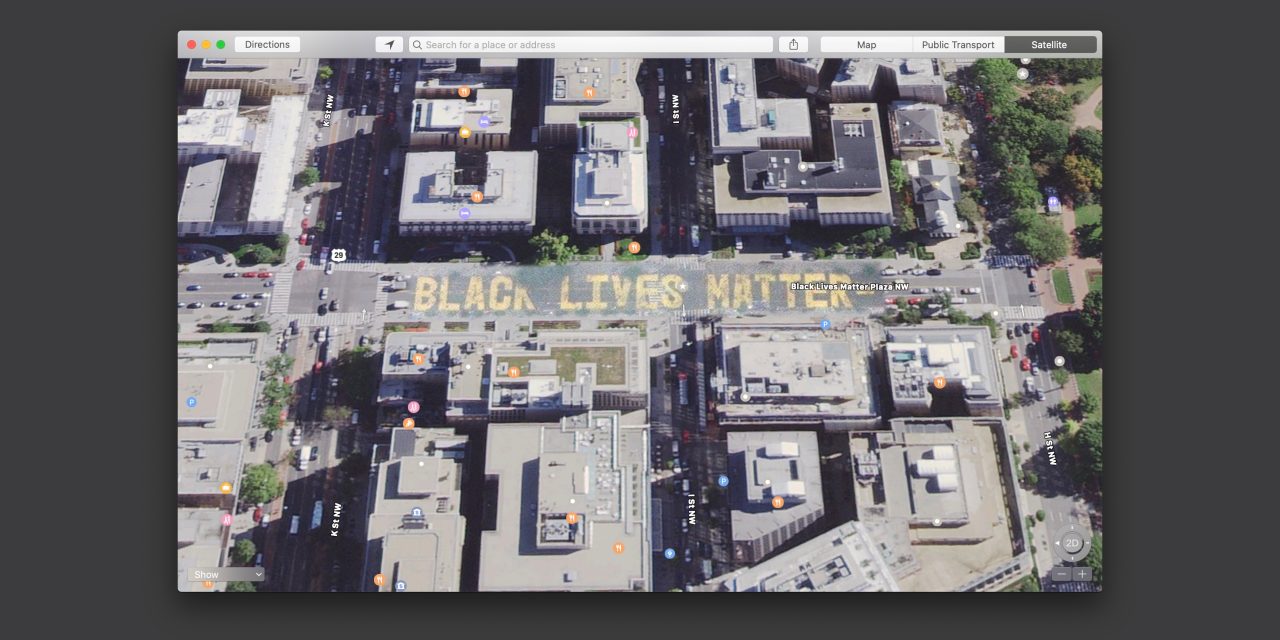 In a nice tribute, Apple Maps has already updated its satellite imagery in Washington to show the Black Lives Matter sign that has been painted on the street near the White House.

The street message was approved by the D.C. mayor, who has spoken out against the military response to recent protests. The words were painted onto the street just a day or so ago, and Apple Maps has speedily updated its satellite data to show it to the world.

It is an impressive feat to update the aerial photography for the area so quickly. Typically, satellite imagery seen in apps like Apple Maps or Google Maps is several years old.

The road labels have also been updated to read ‘Black Lives Matter Plaza’. In Google Maps, the place data has been updated but its satellite imagery does not currently show the newly painted street.

Apple has supported the peaceful protests in the wake of the death of George Floyd. Tim Cook penned a public letter this week, calling Floyd’s death a senseless killing. The company has also participated in racism awareness efforts, like Black Out Tuesday on Apple Music and offering a curated selection of free movies about racial injustice in America in the Apple TV app.

As protests turned into violent riots, Apple has boarded up many Apple Stores in the US to try and prevent property damage. These storefronts have now become a place for artists to create commemorative murals for Floyd and others.