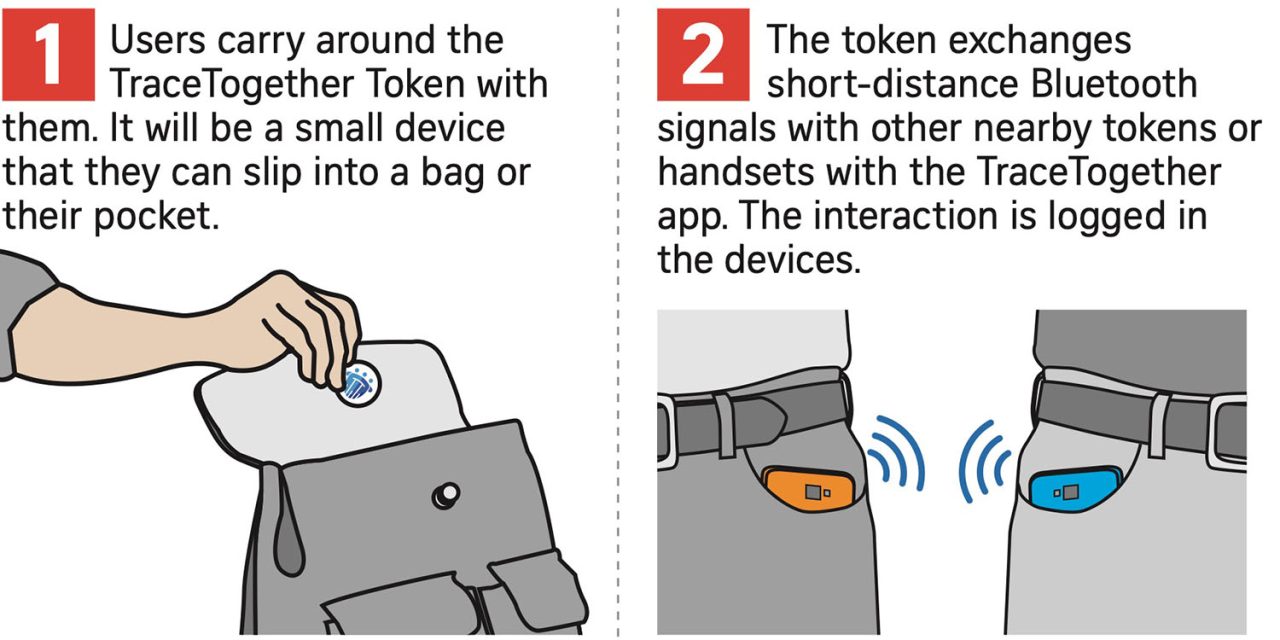 Privacy concerns have proven a huge barrier to widespread adoption of contact tracing apps. Although Apple and Google created a joint API with eight privacy safeguards, governments have been slow to adopt it – and some have countries and US states have actively rejected it.

Even where assurances are offered, the very fact that phones can track location and upload data has made many nervous. Singapore found that only 25% of its population downloaded its TraceTogether app, so ZDNet reports that it is now switching instead to a deliberately dumb wearable hardware device.

“It is not a tracking device. it’s not an electronic tag as some internet commentaries had fretted about,” he said.

“In particular, there’s no GPS chip on the device. There isn’t even any internet or mobile telephony connectivity,” the minister noted. “Without a GPS chip, the device cannot track the location or movement of individuals. And because there’s no internet connectivity, there’s no possibility of data being uploaded without the participation or consent of the user.”

He added that the data on the smartphone as well as token captured only Bluetooth proximity data. This information would be encrypted and stored up to 25 days, after which it would be automatically deleted. The information would be uploaded to the Health Ministry only when an individual tested positive for COVID-19 and this could be carried out only by physically handing over the wearable device to the ministry, he said.

The plan is to issue the wearable tag to every single resident, though there are no current plans to make using it mandatory. It communicates with the existing smartphone app as well as with other tags.

Elsewhere, there has been slow progress in uptake of the Apple/Google API.

Finland, Ireland, and Portugal are adopting it; Austria is switching to it; Singapore and Australia are both considering making the change.

Switzerland was the first country to release an app based on the API, with Italy following close behind. Germany, Latvia, and Estoniaare doing the same, with only the UK and France having rejected it for now.

Germany made a U-turn from its original position, and a Reutersreport says that other countries are now following suit […]

The UK is also considering a switch, after its centralized app was found to have serious security problems, has been beset with delays, and faces a legal challenge.

In the US, however, just a handful of states have said that they will adopt the API, with a larger number having rejected it.