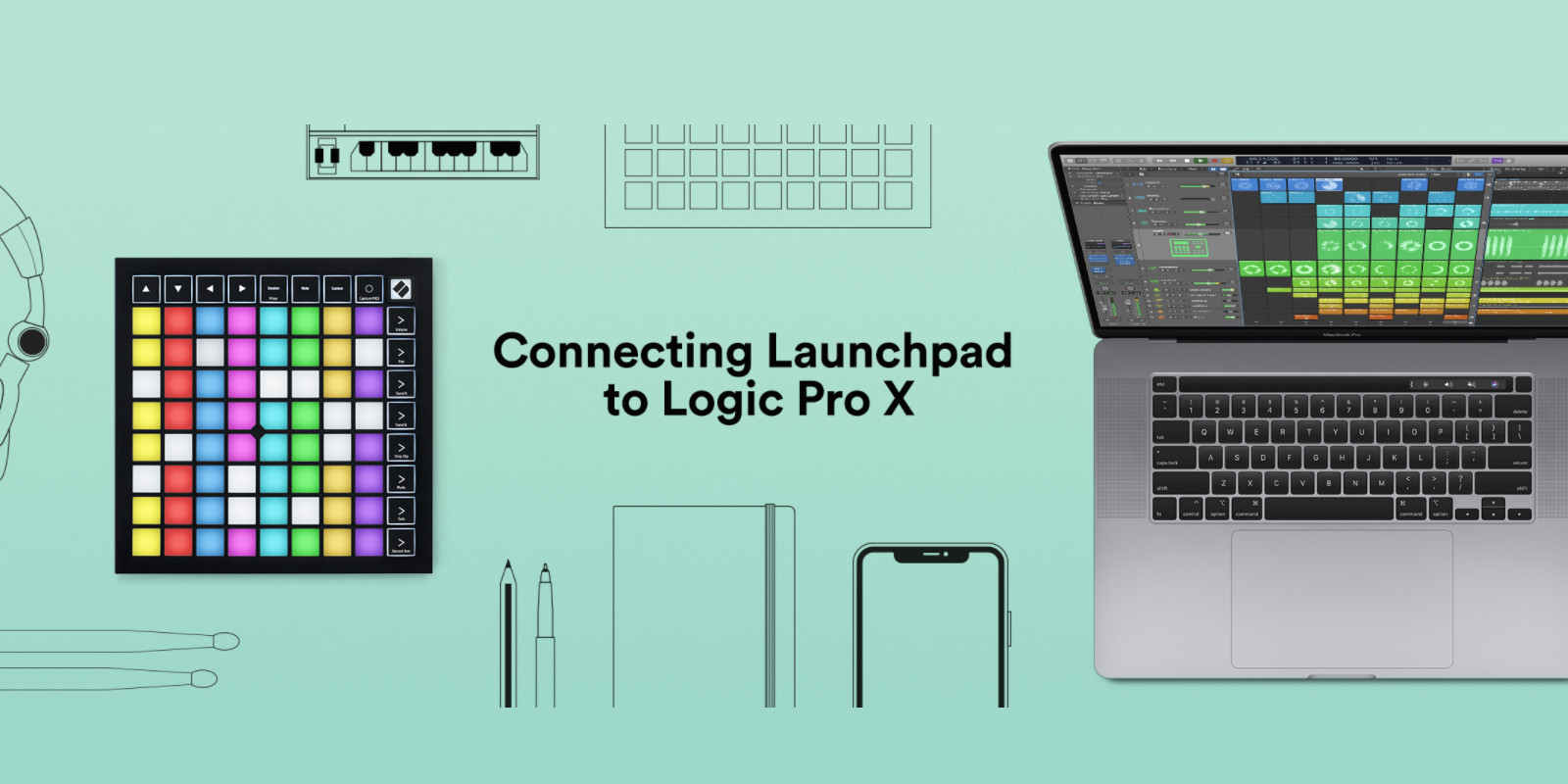 It’s time to take full control of Apple’s latest production technologies with Novation’s Live Loops and Logic Pro Launchpad grid controllers. The Live Loops grid-based environment is a wonderful experience with a connected iPad, allowing for a more immersive approach to your cells via the Logic Remote app. But Live Loops also brings with it official support for a wide range of those colorful and affordable grid controllers from Novation. For compatible models, functionality details, and more, hit the jump.

For the most part, Logic Pro X users were left in the dust when the alluring grid-based controllers rose to popularity with a focus mostly on Ableton Live’s similar grid-focused music production. However, that all changes with Logic Pro X 10.5 and Live Loops. And the Novation Launchpads aren’t just for triggering and performing cells in the new free-form Logic environment — you can also control faders, mutes, solos, record-ready tracks, play/record software instruments, adjust sends and pans, plus much more. 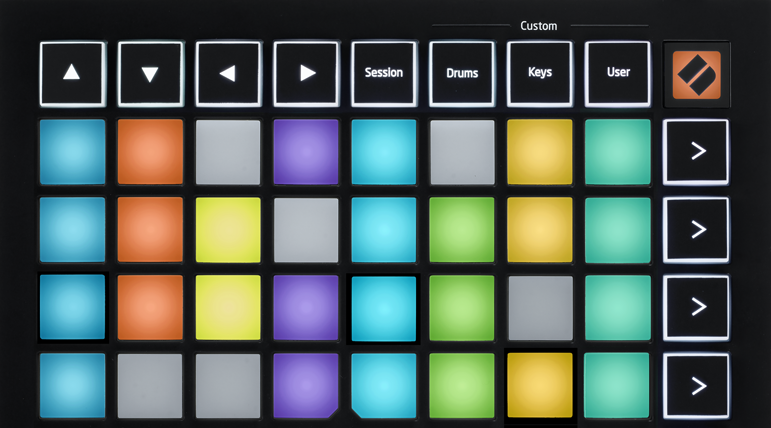 The Launchpad Mixer button allows you to control some of Logic Pro X’s Mixer or track recording controls — enabling secondary functions for the bottom row utility buttons on the Launchpad — like the record arming button, solos, and mutes, as well as the divider column controls we outlined in our Live Loops deep dive. From there, Launchpad also provides physical grid-based, and velocity-sensitive control for your sends, pans, and track volumes — hard taps for an immediate alteration or a light swipe for a smooth fade.

However, the free Novation Component Software supports the creation of four stored bespoke templates for playing notes, sending custom MIDI messages and control changes, customizing the color of the pads, and more. You’ll find some handy templates in there made by the folks at Novation specifically for expanding the physical software control here beyond just the cells in your Live Loops grid. The “Logic Keys” and “Logic Drum Grid” templates are designed to complement the Live Loops control with the ability to use the Launchpad grid for actually playing your software instruments like the new Sampler, creating loops and parts for your cells, programming drum beats, and just about any other MIDI-based task.

Compatible Logic Pro Launchpad grid controllers can now be anything from a nice alternative input method over your standard keyboard controller, to a DJ performance/re-arrangement machine, or a nearly-complete control surface for an entire Live Loops-focused Logic Pro X rig. 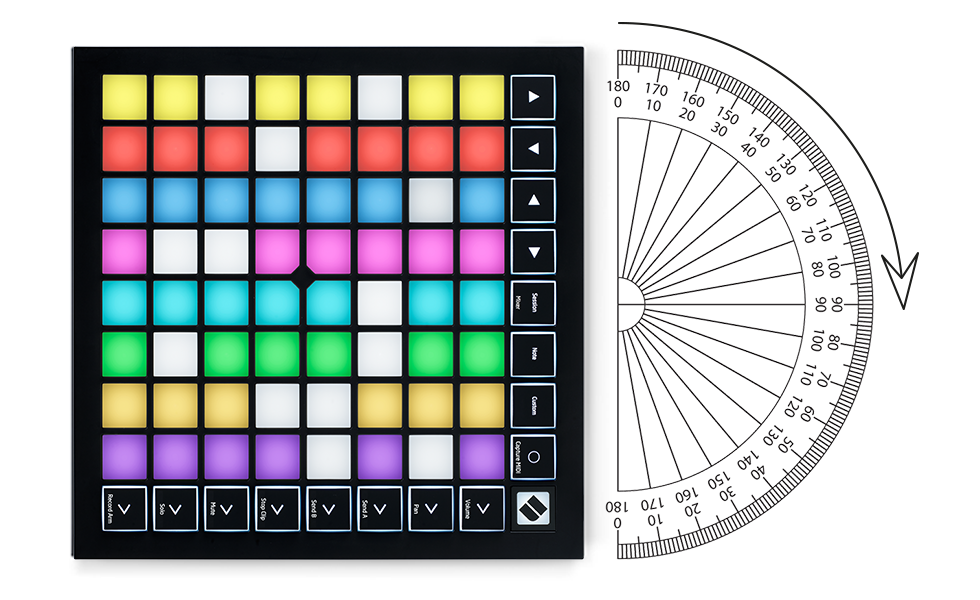 Orienting your system with a new Logic Pro Launchpad setup requires nothing more than a simple USB connection and a quick rotation. Simply connect a compatible Launchpad device to your system to trigger Logic’s Control Surface Setup prompt. Rotate your Launchpad 90-degrees (clockwise, so the Launchpad logo is in the bottom right) to mimic the on-screen Live Loops layout, and you’re ready to go.

As of right now, Logic Pro X 10.5 supports several Novation Launchpad models for Live Loops including the mini series, Launchpad X, and others (full list below). There are even a series of the older models you might even have sitting around from that time you decided to try Ableton out — many of them now actually work with Logic Pro X the way you wished they did in the first place.

Launchpad Mini (MK3): As the name suggests, Launchpad Mini is the most compact and portable of the 64-pad RBG Logic Pro Launchpad grid controllers with full LPX 10.5 support. Launchpad Mini MK1 and 2 are also compatible, so even the previous-generation models are supported. But here’s a quick look at the main features on the latest MK3: 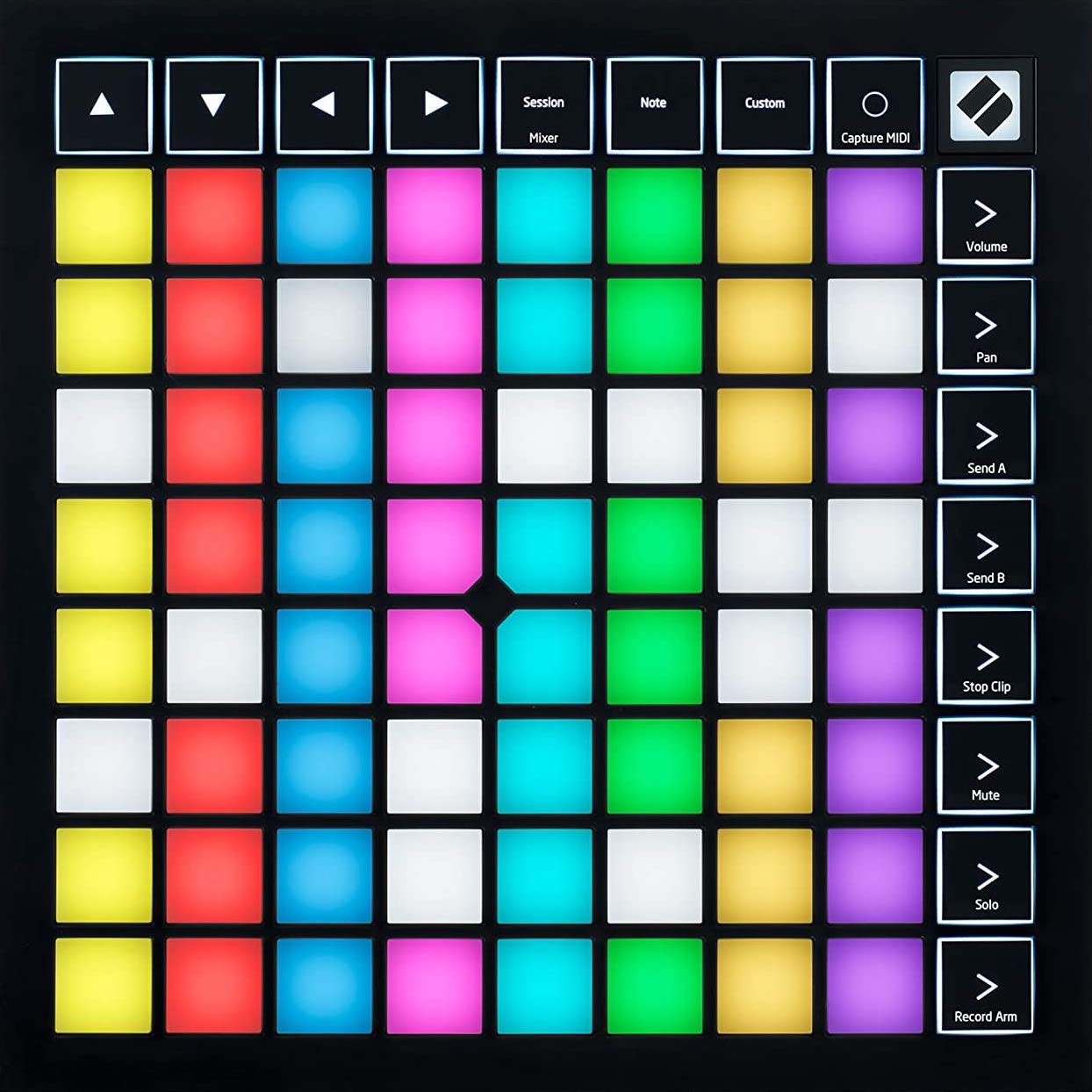 You’ll find a series of the other compatible models listed below including the Launchpad Pro (MK1). But one thing to point out here is that the latest model Launchpad Pro [MK3] is not compatible with Logic Pro X Live Loops just yet. While some of these older compatible models can be found for even less than the current generation options above, you’ll want to check the Focusrite/Novation site for clearance pricing. While they might not feature the latest and greatest tech and the modern layouts, you can get away for as low as $40 for a physical Live Loops controller right now.

Logic Pro X 10.5 is compatible with the following Launchpads according to Novation: