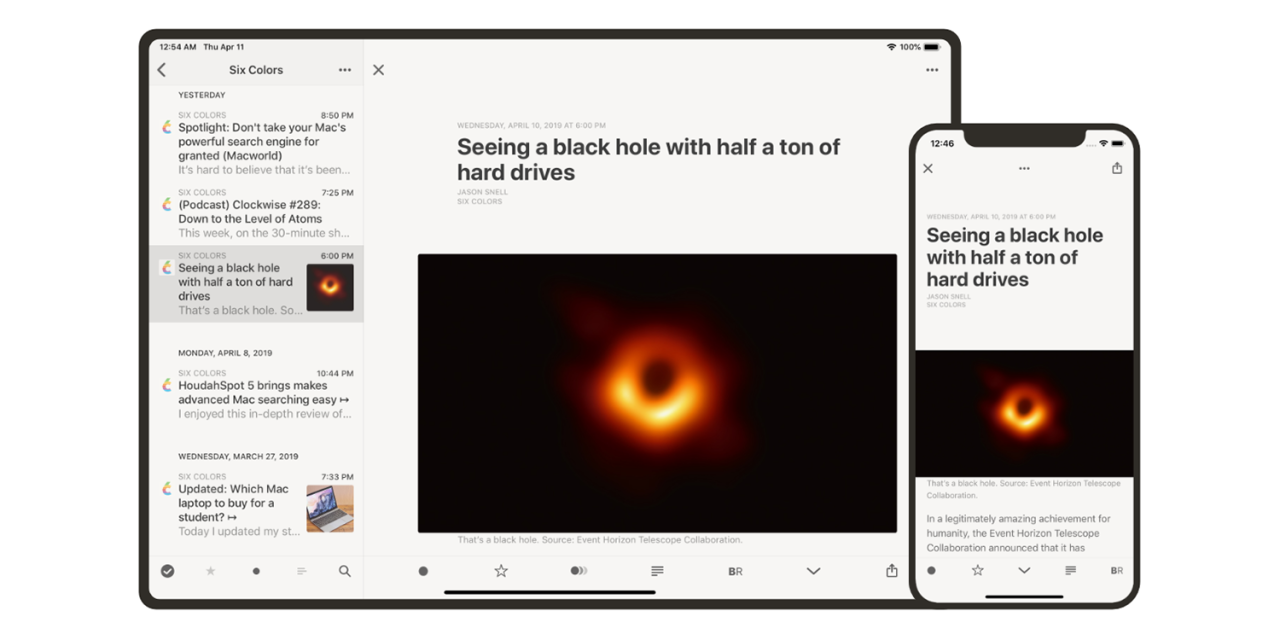 Some three years after Apple removed RSS apps Feedly and Inoreader from the Chinese App Store, it has now done the same with Fiery Feeds and Reeder. In both cases, this is likely following a demand from the Chinese government.

China uses what’s colloquially known as the Great Firewall of China to block web content it doesn’t want its citizens to read, which notably includes any criticism of the government …

Two ways Chinese citizens have found to get around this is to use VPN apps and RSS readers. China has clamped down on both, forcing Apple to remove more than 400 VPN apps and two popular RSS apps. What is bizarre is that the government imposed a blanket ban on VPN apps, but only an app-by-app one for RSS readers.

South China Morning Post reports that Apple has not publicly explained its latest action, but both affected developers strongly hinted at a government demand.

Fiery Feeds and Reeder both acknowledged on Twitter that their iOS apps had been removed in the country. They cited a 2017 tweet by Inoreader, another popular RSS service, which posted a letter from Apple saying its app was removed in China because it included content that is illegal in the country. Inoreader said the entire service was blocked in April this year […]

It is not clear why Fiery Feeds and Reeder are just being removed now, three years after Feedly and Inoreader got the same treatment. Many Chinese RSS apps remain in the store. And some apps like NetNewsWire can store content locally without relying on cloud services. This could keep users from circumventing the Great Firewall unless pulling from feeds on unblocked websites.

NetNewsWire, an open-source reader for macOS and iOS, offers optional syncing through Feedbin and Feedly, similar to how Reeder works. But NetNewsWire said on Twitter that it has not been affected, “at least so far.”

Apple has come under repeated criticism for capitulating to the Chinese government on human rights issues, but as I’ve noted before, the company is in a no-win position.

Apple’s understandable position on all of these things is the same: it complies with local laws in each of the countries in which it operates.

Complying with the law is, of course, not optional. If Apple chooses to operate within a country, then it has no choice but to go along with whatever legislation is introduced there, no matter how much it may disapprove. Its only option of taking the moral high ground would be to pull out of the country altogether – as Google did for a time, after refusing to allow its search results to be censored by the government.

But Apple is in a very different position today than was Google in 2010. While Google had big ambitions within the country, it was not dependent on the market. Apple very much is. Not just because China is the largest smartphone market in the world – and as important to Apple as the whole of Europe – but because it is the iPhone maker’s key manufacturing base. Without China, it literally couldn’t make its products.

So Apple is left in a no-win position. Many of its customers deeply disapprove of what is seen as pandering to human rights violations – but without Apple’s presence in China, those same people wouldn’t even be able to be get their hands on the products in order to be customers.

Apple has been gradually reducing its dependence on China as a manufacturing center, but the country is still responsible for a huge proportion of the iPhone-maker’s global sales.