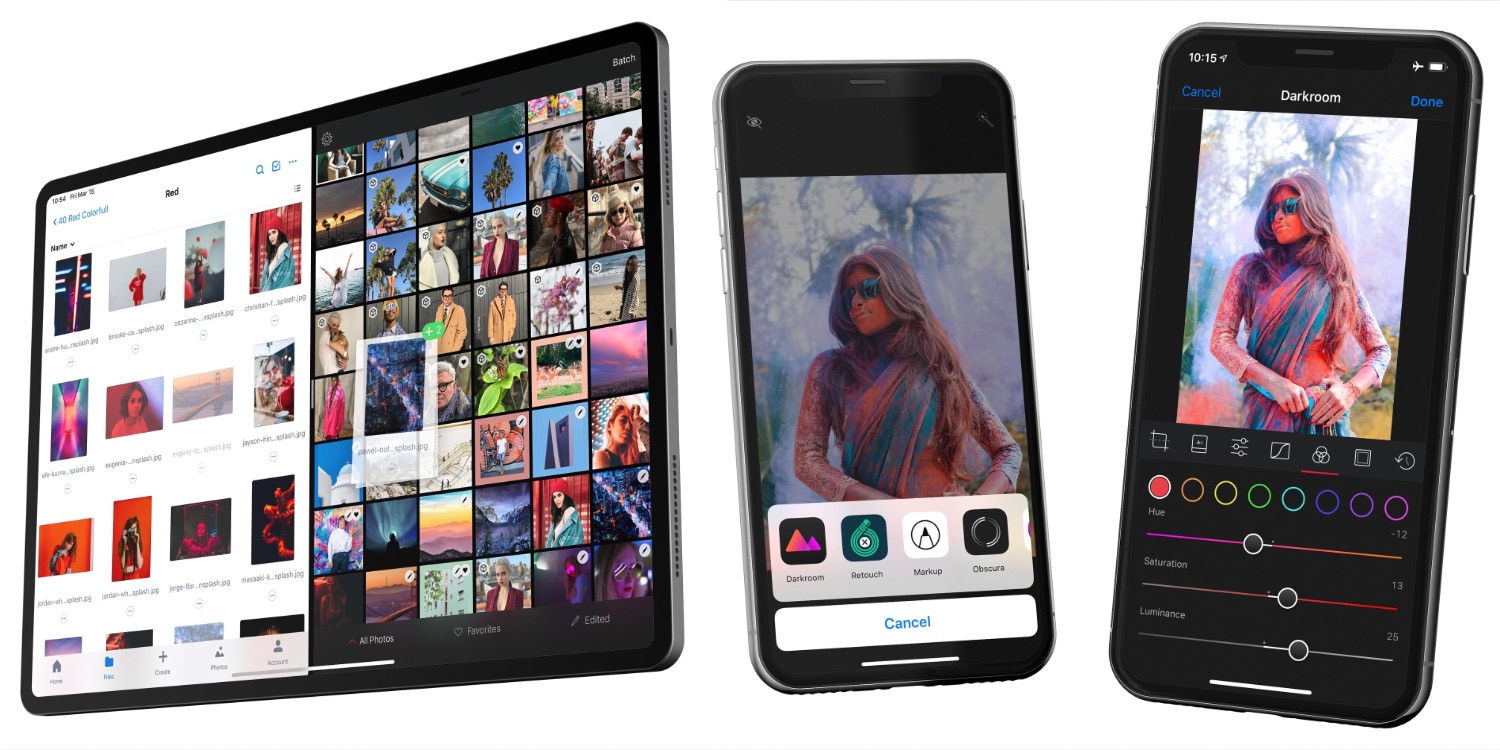 The popular photo and video editing app Darkroom has been updated today with support for Apple’s new ProRAW photo format. ProRAW was first announced at Apple’s October event and it made its way to iPhone 12 Pro and iPhone 12 Pro Max users this week thanks to the release of iOS 14.3.

Darkroom originated on iPhone and iPad, and it came to the Mac last month alongside the release of the first M1 MacBook Pro, MacBook Air, and Mac mini. Today’s update unifies the experience across iPhone, iPad, and Mac:

This update adds support for ProRAW photos on iOS 14.3. It also brings new features and all the improvements we made for the Darkroom on macOS to iOS and iPadOS, putting all our apps on the same version scheme where they will march in lock step from now on.

With today’s update to Darkroom, you can now import and edit ProRAW photos taken with iPhone 12 Pro and iPhone 12 Pro Max. Apple warns that each file in the ProRAW format will be approximately 25MB in size, but you get additional control over post-processing of the images.

Other improvements in today’s update to Darkroom include:

Darkroom is available on the App Store for iPhone, iPad, and Mac. It’s a free download with in-app subscriptions to unlock all features. You can also find the full release notes on the App Store as well.