Poll: What do you think Apple’s ‘major new initiative’ on Wednesday will be? 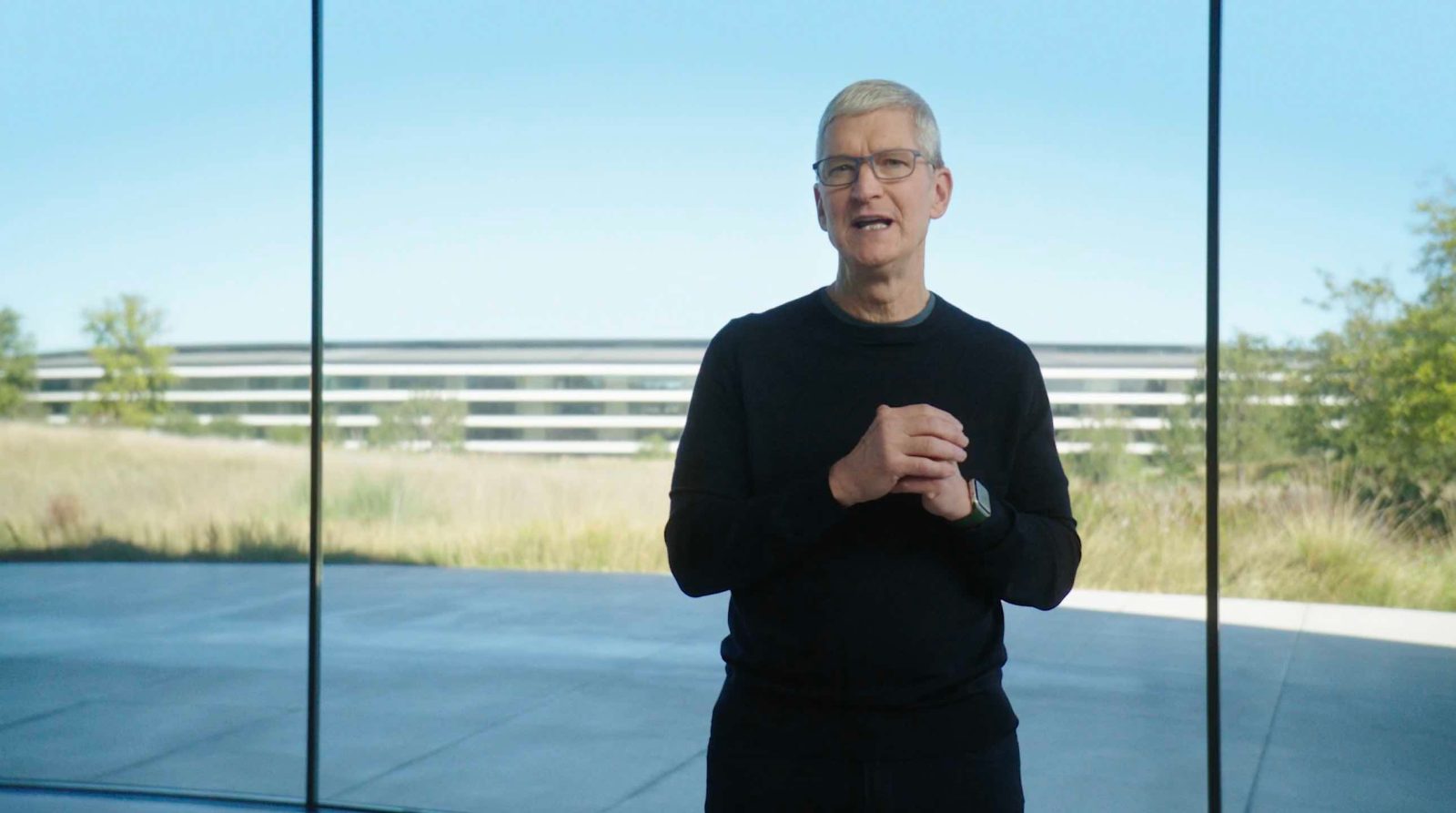 CBS teased an upcoming interview with Apple CEO Tim Cook today that included the outlet reporting the company will make a “big announcement” on Wednesday – but it’s “not a product.” One of the likely possibilities is the launch of the iOS 14 ad privacy feature that gives users a transparent look at how apps and websites are tracking them and the ability to block them. However, other theories are bouncing around today in anticipation of the news. What do you think the “major new initiative” will be?

Update 1/13: Apple’s big announcement today is centered on the specifics for how it will invest the $100 million commitment it made for its Racial Justice and Equity Initiative.

As we reported this morning, CBS’ Gayle King got Tim Cook’s comments on the recent violence at the US Capitol. But the interview that’s airing tomorrow, January 13, is actually about something else, what King called a “big announcement” from Apple and added that “it’s not a new product.” She also said what Apple will reveal tomorrow on CBS This Morning “is very exciting news” and in a CBS tweet called it a “major new initiative.”

However, it’s very possible that what CBS considers very exciting may be different from what others might find exciting. My colleague and 9to5Mac lead editor Chance Miller detailed why it could be the launch of Apple’s new iOS 14 ad tracking privacy feature:

One possibility for the announcement is the roll out of Apple’s planned privacy changes for iOS 14.

Apple has already said that it will roll out its new App Tracking Transparency feature sometime in early 2021. The App Tracking Transparency feature requires apps to obtain consent from users before tracking them across other websites and apps. Apple had originally hoped to launch it with iOS 14 in September, but it ended up delaying the feature to give developers more time to prepare.

Furthermore, the announcement would come in the midst of the annual Consumer Electronics Show.

Apple has made a habit of emphasizing its focus on privacy during the same week as CES. Last year, Apple retuned to CES for the first time in decades to participate in a privacy roundtable alongside Facebook and other companies.

However, other theories are floating around in the frenzy of excitement. One of those is that Apple will announce it’s going to use Apple Stores as COVID vaccine centers. Analyst Neil Cybart was one of the first to float the idea today:

While there are no doubt some valid points here and Apple is in multiple contexts a master of operations, this would be interesting. Many Apple Stores are currently closed and thinking about how Apple would navigate all of this would be fascinating (e.g. would they only be used for vaccines or would other parts of Apple Stores re-open, or would all currently open stores close to become vaccine centers?)

Another potentially tricky aspect is how Apple being heavily involved with vaccine delivery would affect the public’s perception of it. Some people could be more open to it, while others may be more concerned about getting the vaccine via a large tech company.

Apple in partnership with Google has done some impressive work on rolling out COVID contact tracing via smartphones last year. And the company does have big health ambitions, but nonetheless, Apple Stores becoming vaccine centers would indeed be a very big and multi-dimensional move.

Another possibility is something COVID related like Apple supporting proof of getting the vaccine with Apple Wallet and the Health app.

We’ve seen early work on this by third-parties in areas like Los Angeles. And a national or global effort from Apple here would definitely fall under the “big announcement” category.

Or maybe Apple could announce it’s going to help the government with vaccine operations/logistics without using Apple Stores as vaccine destinations.

With the words “major new initiative” used by CBS, maybe something relating to a broader social justice or environmental announcement could make sense.

Apple launched its $100 million Racial Equity and Justice Initiative last summer, but maybe it’s ready to make even more of a commitment here?

Poll: What will Apple’s big announcement be?

What do you think is most likely to be Apple’s big announcement here? Something we covered above? Or something else? Let us know in the poll and comments below!