Comment: It’s time for Apple to overhaul the Mac Magic Keyboard, here’s what we’d like to see 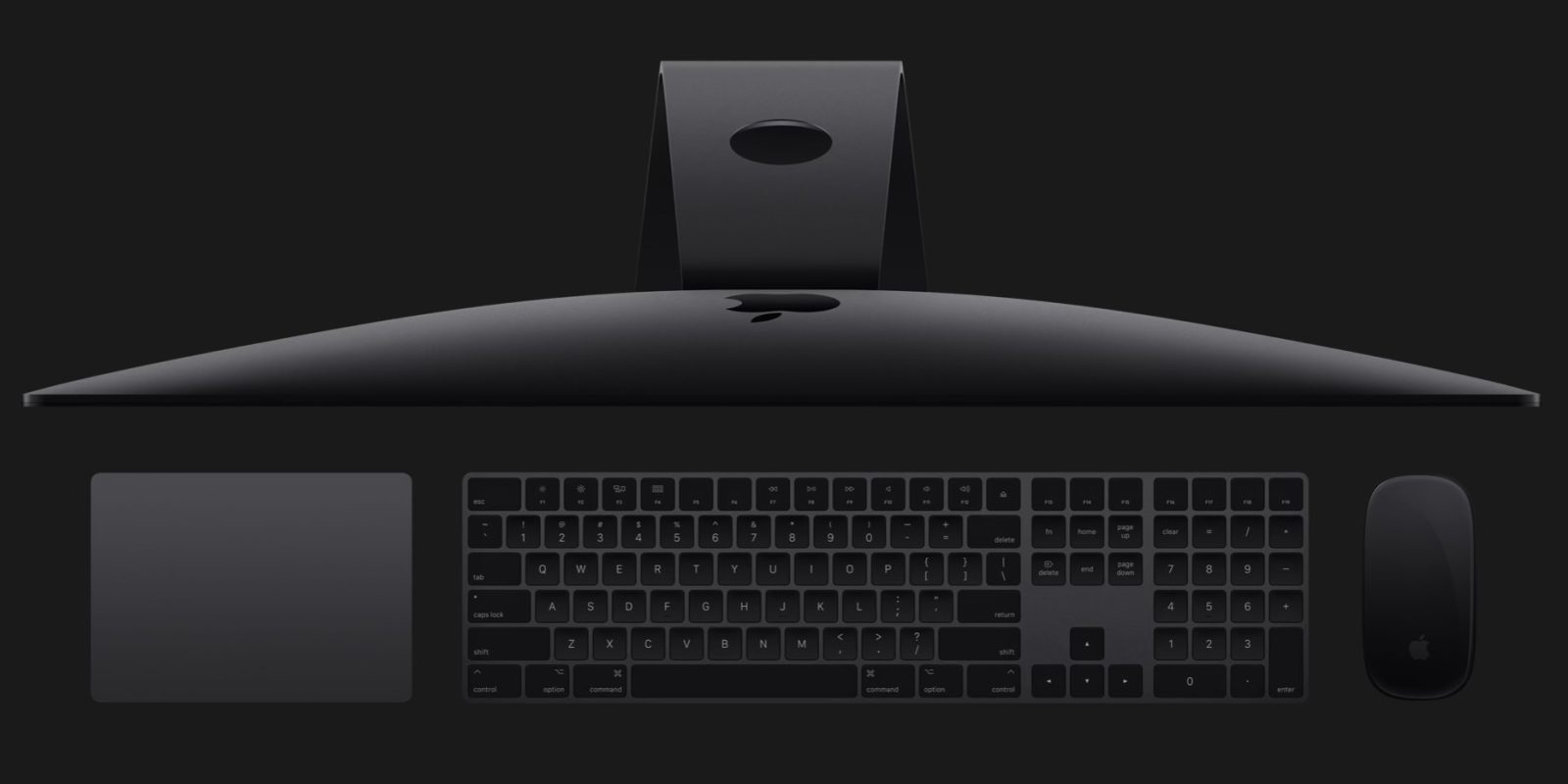 Apple debuted its standalone Magic Keyboard for Mac back in 2015, which wasn’t drastically different from the aluminum Apple Wireless Keyboard that launched all the way back in 2007. While we’ve had a few updates to color options over the past years, a new Mac Magic Keyboard is definitely due – here’s what we want in refreshed versions and when we might see them.

After a decade of only silver and white with the aluminum Apple Wireless Keyboard and Magic Keyboard, Apple released the first space gray version bundled with the iMac Pro in 2017.

Since the new dark-themed Magic Keyboard and mouse/trackpad were exclusive to the iMac Pro, resellers started selling them at huge markups on eBay. But Apple started selling the space gray option standalone four months later in March 2018.

When the Mac Pro launched in 2019, it arrived with a new special silver and black version of the Magic Keyboard. And it wasn’t available to buy on its own. As it turns out, it’s remained that way until this day (although you can find some on eBay and such).

With all of Apple’s Macs coming in either silver and black or space gray and black (ok, MacBook Air with gold too : ) it would only make sense to offer the Magic Keyboard in both numpad and non-numpad versions in space gray, as well as silver black – bonus points for a gold and black version.

And it’d be nice to see Apple offer multiple colors without a price premium for the newest ones.

Side rant: Space gray and silver for MacBook power bricks/cables as well as for AirPods and AirPods Pro plz and thanks! 😅.

For the function keys, the three changes are that the latest Magic Keyboard built into the MacBook Air includes dedicated Siri/dictation and Do Not Disturb keys as well as Touch ID – the standalone Magic Keyboard is missing all of those.

Simple and straightforward one here. At $99-$150, it seems long-past due that Apple includes backlit keys on its standalone Magic Keyboard. I think just basic white backlighting would be fine here.

This has become standard with third-party keyboards at about half the price.

Another simple one, most modern third-party keyboards feature multi-device pairing and quick switching between them. This makes it easy to switch between Mac, iPad, and more with a single button.

For those that are fans of the Magic Keyboard’s feel, it seems a majority have found the newest variation on Apple’s current MacBooks to be a nice improvement.

For me, the new MacBook Magic Keyboards feel a touch softer with a bit more key travel than the standalone Magic Keyboard. I’d be interested to see Apple introduce the same soft feel and travel on an updated external Magic Keyboard.

Touch ID first landed on the 2016 15-inch MacBook Pro and has since arrived on the entire modern MacBook lineup. It’s a tried and true experience and makes it easy to authenticate unlocking your Mac, system preferences and other similar requests, Apple Pay, and more.

The tough part for iMac, Mac mini, Mac Pro, and even MacBook owners who use their notebooks in clamshell mode with a display is you don’t get access to the very convenient Touch ID. A new Magic Keyboard with Touch ID is definitely a must.

We’ve seen Apple patents covering this, so hopefully the next refresh for the standalone Magic Keyboard debuts with Touch ID.

One patent back in 2017 also covered the Touch Bar coming to the Magic Keyboard. But with Apple expected to remove it from even the MacBook Pro lineup, that seems unlikely.

A rechargeable battery via Lightning was definitely an upgrade from the AA batteries that the 2007 aluminum Apple Wireless Keyboard used.

However, third-party Mac keyboards are already leaning to USB-C, and with everything moving toward the standard, a pivot to that on the back of new Magic Keyboards would be ideal.

We’ve seen Apple patents for a whole new approach to keyboards like a huge customizable touch surface that aims to recreate the feel of a traditional keyboard with haptic feedback, electrostatic charge, and physical depression.

I don’t think the world is ready for this jump as the primary Magic Keyboard that comes with Apple’s iMacs, but it could be something that eventually launches as a Pro-style option.

But it’s good to keep in mind Apple patents tons of ideas that never make it to market. Really though, I’d be satisfied if Apple kept the main overall form the same as it is now and included the major functionality upgrades mentioned above.

If Apple does release a high-end keyboard in the future, it might be interesting to see if Face ID and the necessary hardware could be put into the Magic Keyboard.

Getting all of that into the lid of a MacBook that’s a fraction of the depth of an iPhone may be challenging (much less so for iMac or a new Apple display). But Apple could have an incentive to design an upward-facing TrueDepth camera into the function row or just above it on a new Magic Keyboard.

Apple could test it out as a premium upgrade feature that early adopters would be enticed by and would remain as a bonus revenue generator as mass market adoption occurs.

We’ve already seen this from companies like Huawei with its Matebook X Pro – a MacBook Pro copycat. Windows 10 has offered facial recognition since 2018.

When could we see new Mac Magic Keyboards?

With a major update to the iMac line expected for this year, it would make sense for Apple to launch all-new Magic Keyboards alongside its brand-new desktop Macs. I think it’s less likely we see a radically new Magic Keyboard and more likely to get a modest update, but you never know.

A new half-size Mac Pro is also said to be in the works, and it’s possible we could see higher-end Mac mini models. All of these would benefit from updated Magic Keyboard options.

If you’re looking to pick up a new keyboard now – particularly something with some of the features we talked about above – a few options stand out:

If you want to dive into mechanical keyboards, the Keychron K2 may be one of the best choices for Mac on the market.