Hands-on: These are all of the new Music app features in iOS 14.5 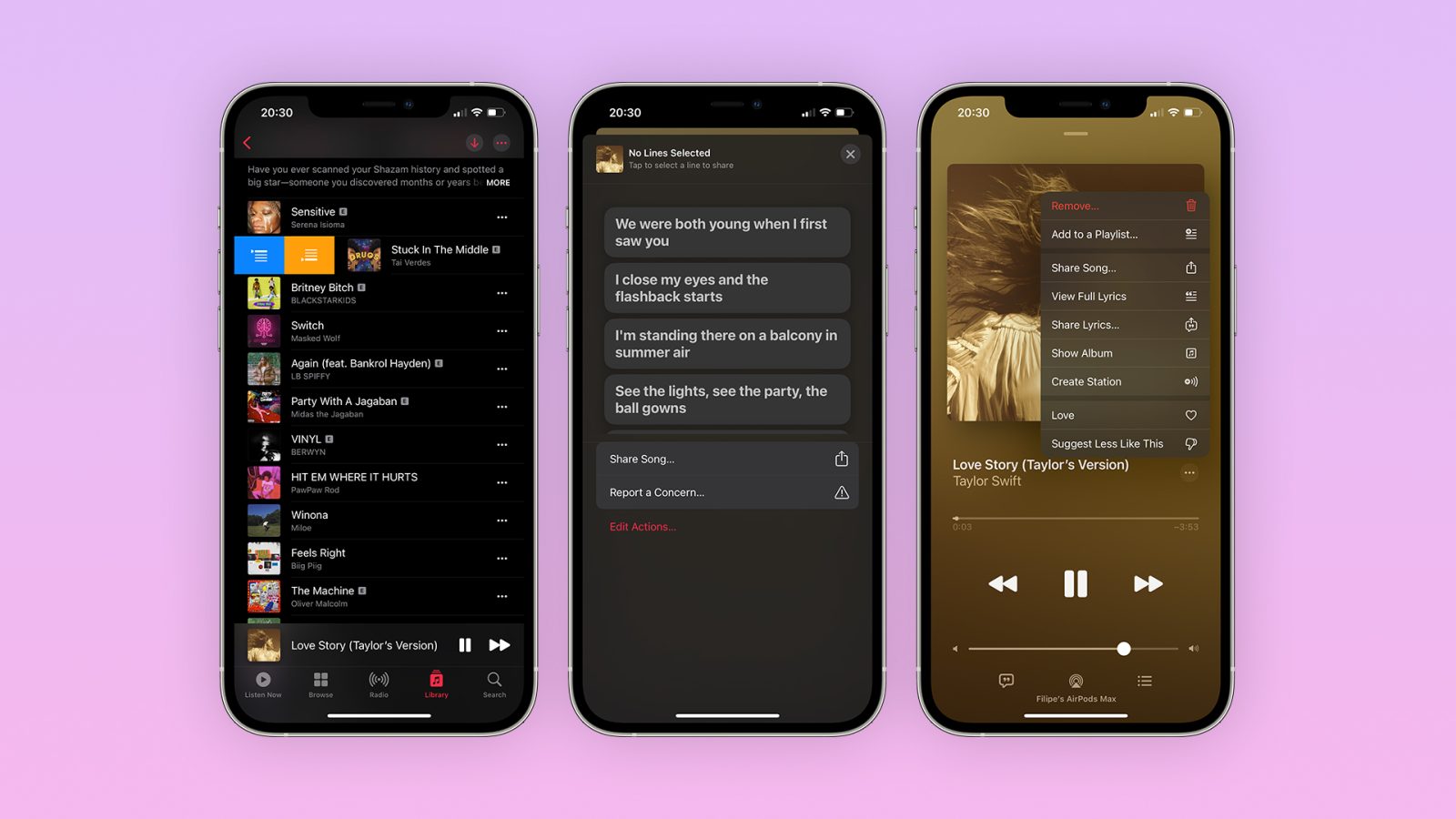 The first iOS 14.5 beta was released earlier this month to developers with several new features, and iOS 14.5 beta 2 arrived this week with even more changes. Among the new features, Apple has made some interesting changes to the Music app, which now includes a new way to share lyrics and revamped menus. Read on as we detail what has changed in the Music app with iOS 14.5.

Prior to that, the first release of iOS 14 brought major improvements to Apple Music and the Music app on the iPhone and iPad, such as support for home screen widgets, Autoplay mode, a new design for the iPad version of the app, and a refined search tab. With iOS 14.5, Apple has continued to improve the Music app experience.

Swipe gestures in albums and playlists

Similar to what currently exists in apps like Mail, the Music app now offers swipe gestures with some quick actions available in albums and playlists. Users can swipe to the right in a song to reveal Play Next and Play Last controls, or swipe to the left to access Add to Library, Download, or Delete options.

Unfortunately, there’s no way to change the behavior of each gesture, but hopefully Apple will bring this feature in a future update.

In addition to new pop-over menus and the “More Options” button, Apple has also changed the icons for some buttons in the Music app, such as the Download button — which is now just a down arrow instead of a cloud with an arrow.

The first iOS 14.5 beta let users change the default music player for Siri requests. Unfortunately, this option was disabled in the second beta of iOS 14.5 — perhaps because it was still not working as expected. We hope that Apple will enable it once again before the official release of iOS 14.5.

You can see how this feature is supposed to work in the video below:

iOS 14.5 beta is currently available for developers and users registered in the Apple Beta Software Program, and we don’t know yet when Apple plans to release it to the public. The update also comes with other new features, including a new option to unlock the iPhone using the Apple Watch.

Be sure to check out 9to5Mac‘s full coverage on what’s new in the iOS 14.5 beta.