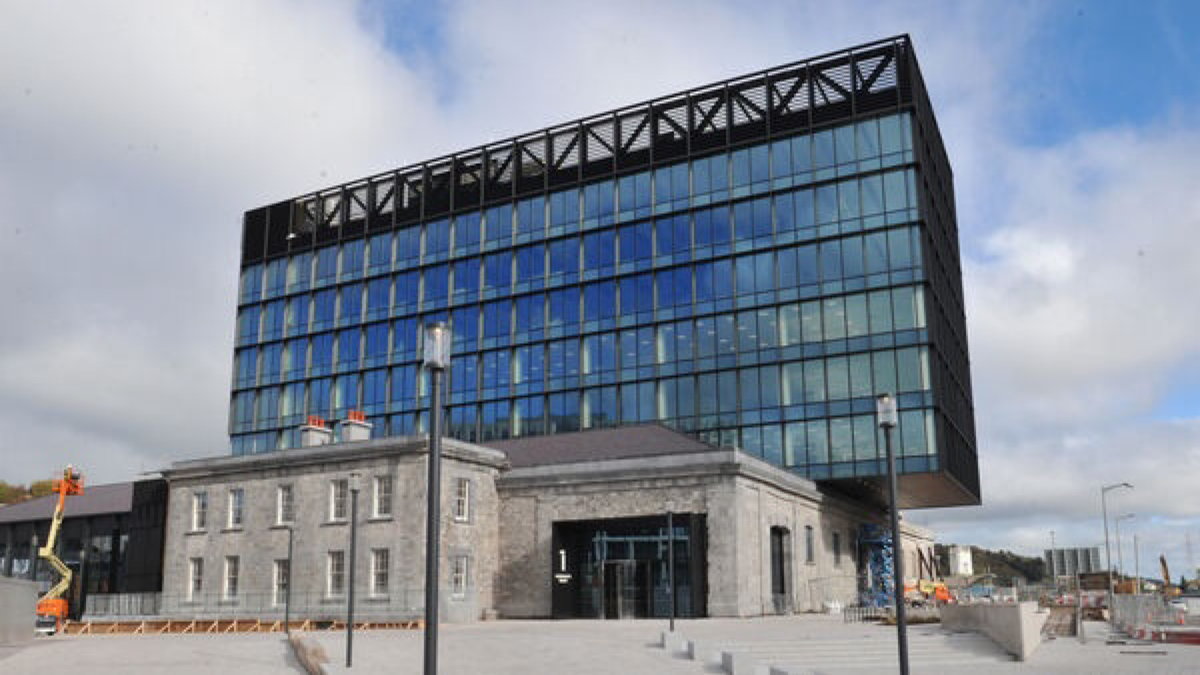 As reported by the Irish Examiner, the high-spec, energy-efficient building is ready for occupation and overlooks the River Lee:

A new office development on Cork city’s north quay has landed ‘the Big Apple’ – the Horgan’s Quay/HQ development next to Kent rail station has done a deal on over 36,000 sq ft of offices for tech giant Apple, which already employs c 6,000 in the city at two other locations.

In nailing the prestigious deal with Apple, Horgan’s Quay developer Clarendon Properties and BAM have pipped competing developers’ O’Callaghan Properties’ offices scheme Navigation Square, on the opposite side of the Lee on Albert Quay.

If Apple wants, the company has options for further space if and when required, as the building will have 300,000 square feet of offices in all. According to the Irish Examiner, Apple has “planning permission also for 325 apartments, as well as the hotel, retail, and new plaza in an evolving public transport hub.”

In 2020, the company had reportedly reached out about up to 100,000 square feet of new Cork offices, but negotiations stopped with the pandemic.

In November, Apple celebrated its campus 40th birthday in Ireland, after first opening in 1980 as a single manufacturing facility with just 60 employees.