Logic Pros Live Loops Launchpad Diary: Mapping Remix FX to your controller, is it even worth it? 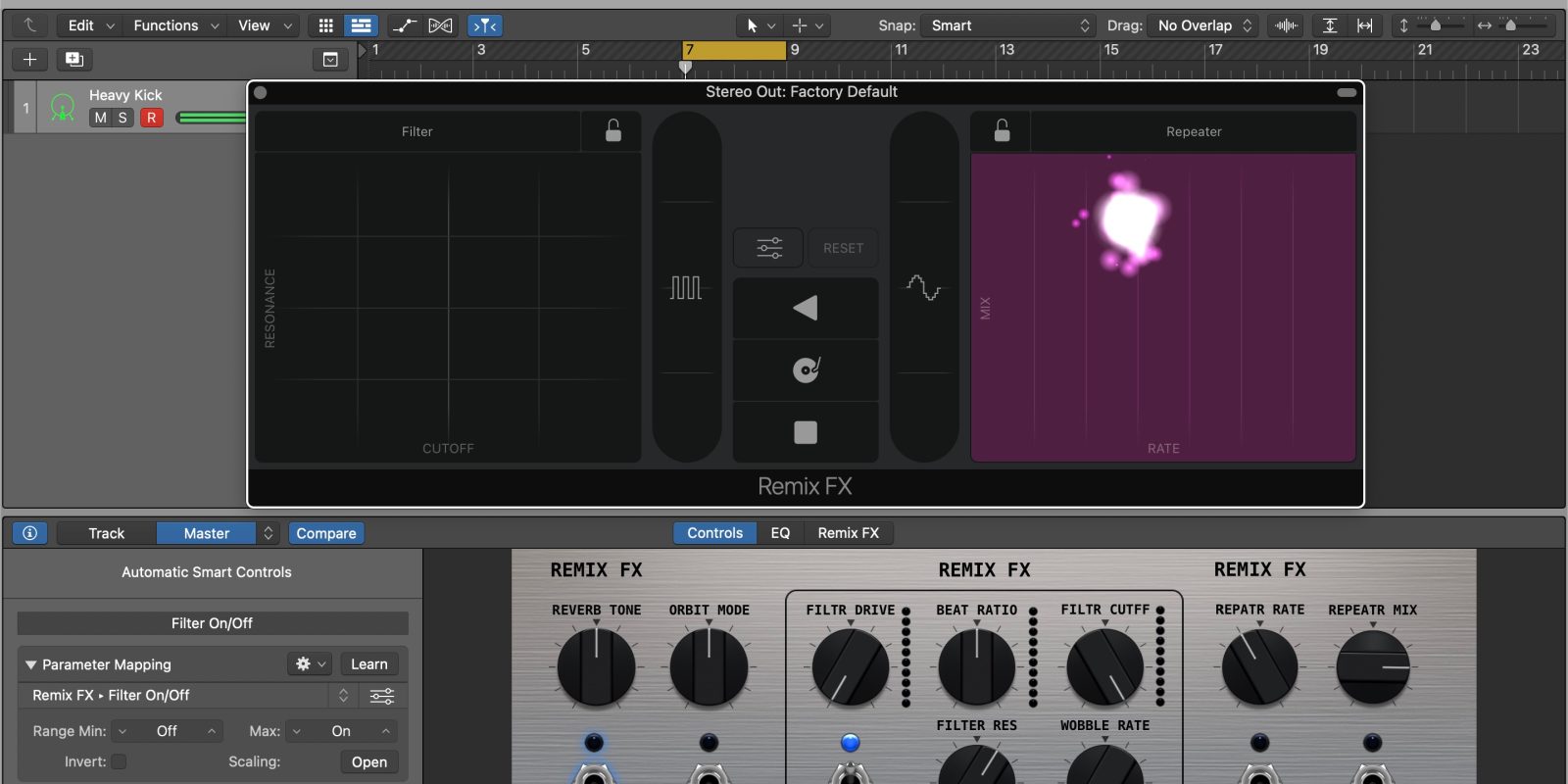 After looking at how to quickly move timeline-based projects over to a Live Loops setup and some nice price drops previously, today we are talking about mapping Remix FX to Launchpad. Apple’s GarageBand multi-FX unit gone pro made its debut inside Logic Pro for the first time as part of the flagship app’s major overhaul last year. A particularly useful and creative tool, especially in concert with Live Loops, Remix FX houses a number of multi-touch ready FX units from filters and repeaters to down samplers and interesting tape stops to add some serious flavor to your compositions. But with direct and multi-touch control available via Logic Remote already, and some tricky X/Y pads to deal with, is it really worth the trouble mapping Remix FX to Launchpad?

X/Y multi-touchpad control over a range of built-in FX (2x) ready for any genre, reverse effects, multi-mode filtering, and simple automation recording via Live Loops directly into your composition, Remix FX is not to be overlooked. With such potential in a single FX unit and now that we are attempting total hands-on physical control over our precious Logic Pro suite, mapping Remix FX to our Launchpads seems an obvious path to take. At first.

We previously took a look at how to create custom mappings for your Launchpad grids using Novation Components. It’s a simple and quick way to create custom control surfaces filled with faders and triggers, housed within the “Custom” menu bank on your Launchpad. A seemingly obvious place to start for taking hands-on control over Remix FX, in several attempts to create a complete recreation of the Remix FX unit in a Custom control surface, it just doesn’t seem to be worth the trouble. You can easily create sort of quick keys to various elements housed within Remix FX, and this has been quite useful. But with the X/Y touch controls and seemingly finicky access to every mouse or touch-controllable parameter on the unit, a full-on control surface clone has been thus far out of reach for me. You can create single buttons to turn on the X/Y pads and then a pair of faders to control each access, or even get fancy with the map scaling for an all-in-one fader approach, but accessing both sides of the, say, dual tape stop, reverse, and scratch buttons along with some others has alluded me thus far.

After you have created a series of faders and buttons on a Custom layout within Components (as we detailed previously), the trusty command L to bring up Logic’s Learn function to map them to Remix FX seems like a good place to start. And it is, for the most part. For some reason it doesn’t seem to play nice with EVERY singly parameter available on Remix FX, so it has only been able to take me so far through the process. Moving down to the more detailed and involved Smart controls Parameter Mapping has yielded a far direct access to just about every parameter, but again it just doesn’t seem to work as smooth as the touch display and controllers with more options like rotary knobs and the like.

Forget it and stick with Logic Remote?

Considering how simple it is to download Logic Remote for free and use your iPhone as a sort of always-on, heads-up display, solely for Remix FX, alongside your Launchpad, I’m still not sure any of this is worth the trouble anyway. As much as I would like to have this one, single Logic Pro controller instrument in front me that I can completely master, and ignore as much of everything else as possible, Launchpad’s touch-button toggles and faders just don’t seem to be able to keep up with Apple’s remote multi-touch screen control. I get it, with Logic Remote you can be flipping and waving your fingers across the iPad, automatically and simultaneously engaging and adjusting various FX with immersive touch and swipe movements. And it all just works immediately and always with no mapping needed.

But call me a petty artist, an annoying grid controller enthusiast, or whatever fits here. I just want everything on this one controller surface, launching loops, playing vertical slices of songs as instruments, automating FX with my hands on the fly, recording new parts, and digging my fingers into the pads to control Apple’s Remix FX too! While it would be nice to integrate Remix FX into this new, single controller we have in front of us, unless some one out there has a better way of getting Launchpad to play nice with Apple’s multi-FX unit, the particularly fantastic iPhone we already have in your pockets and the free Logic Remote app will have to do.

Has anyone had any luck creating useable and practical Launchpad maps for Apple’s Remix FX, X/Y touchpads, and dual-function parameter buttons? Or is it simply just not worth the trouble at all anyway?

Be sure to browse through the rest of our ongoing Live Loops Launchpad diary entries below. Then swing over to 9to5Toys where you’ll find some rare price drops on Novation’s Launchpad lineup and our latest Logic Pros Marketplace post for some FREE sounds/plug-ins.