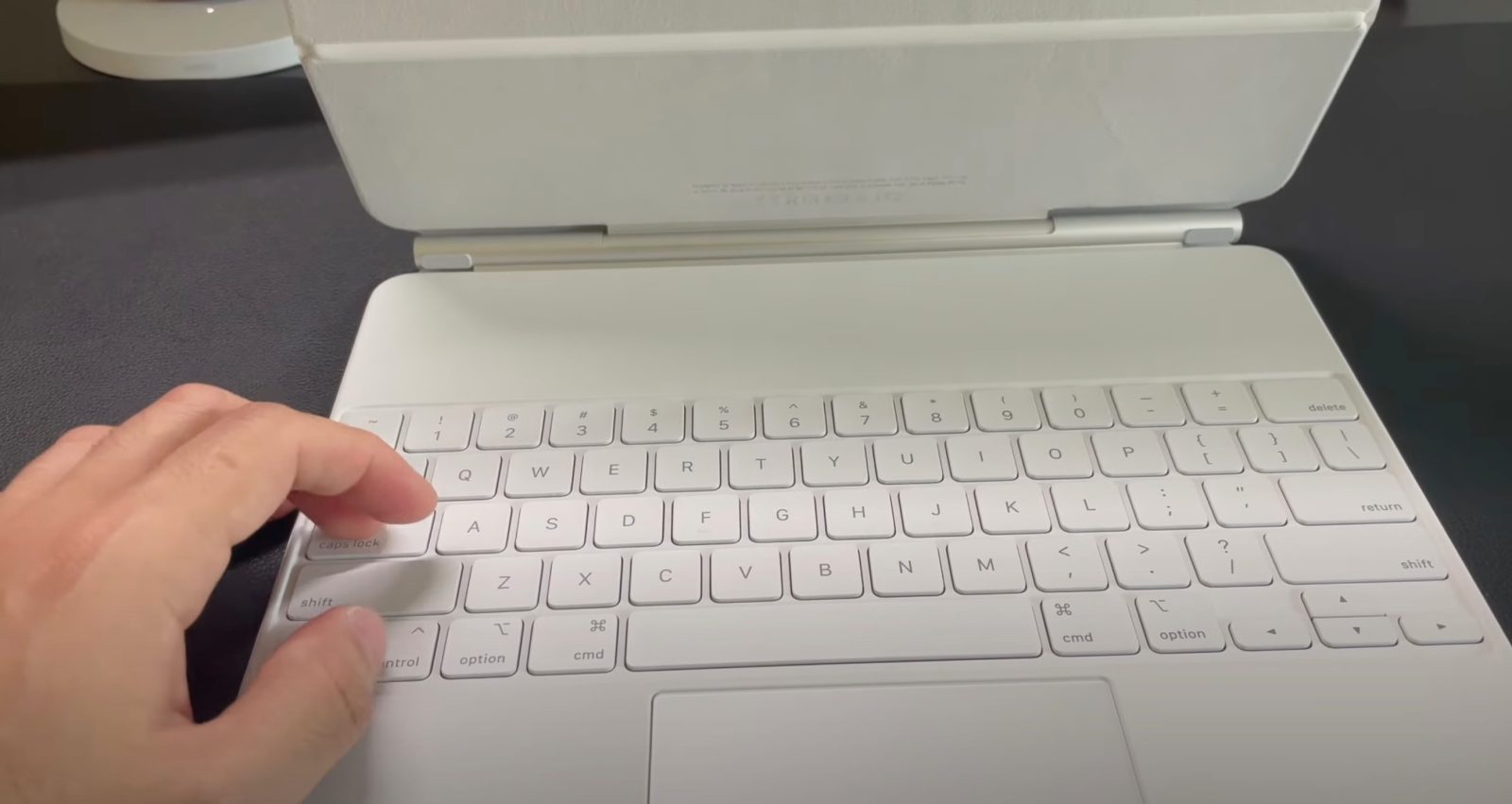 Alongside the new 2021 iPad Pro models, Apple also debuted a new version of its Magic Keyboard accessory in white for the first time. A new video posted to YouTube this weekend offers our first look at the white Magic Keyboard ahead of the accessory’s official release on Friday.

The video was posted by the YouTube channel Michaelangelo’s Tech. Notably, the video comes before the Magic Keyboard’s official release, and many people who pre-ordered the white Magic Keyboard have yet to even see their order ship via Apple’s Online Store. On the flip side, orders of the black version have already arrived for many customers.

The YouTuber describes the white Magic Keyboard as feeling “pretty similar” to the black Magic Keyboard. The concern, of course, is long-term durability and how well the white finish is able to hold up over time.

Another concern of the white design is the keyboard backlighting and how visible the lighting is with the brighter keys. The white keys could also offer an early look at what to expect from a future MacBook design.

The video also offers a comparison between the previous-generation Magic Keyboard and the redesigned model, which is made to accommodate the slightly thicker 12.9-inch iPad Pro.

What do you think of the white Magic Keyboard design? Did you order one for your new iPad Pro? Let us know down in the comments!