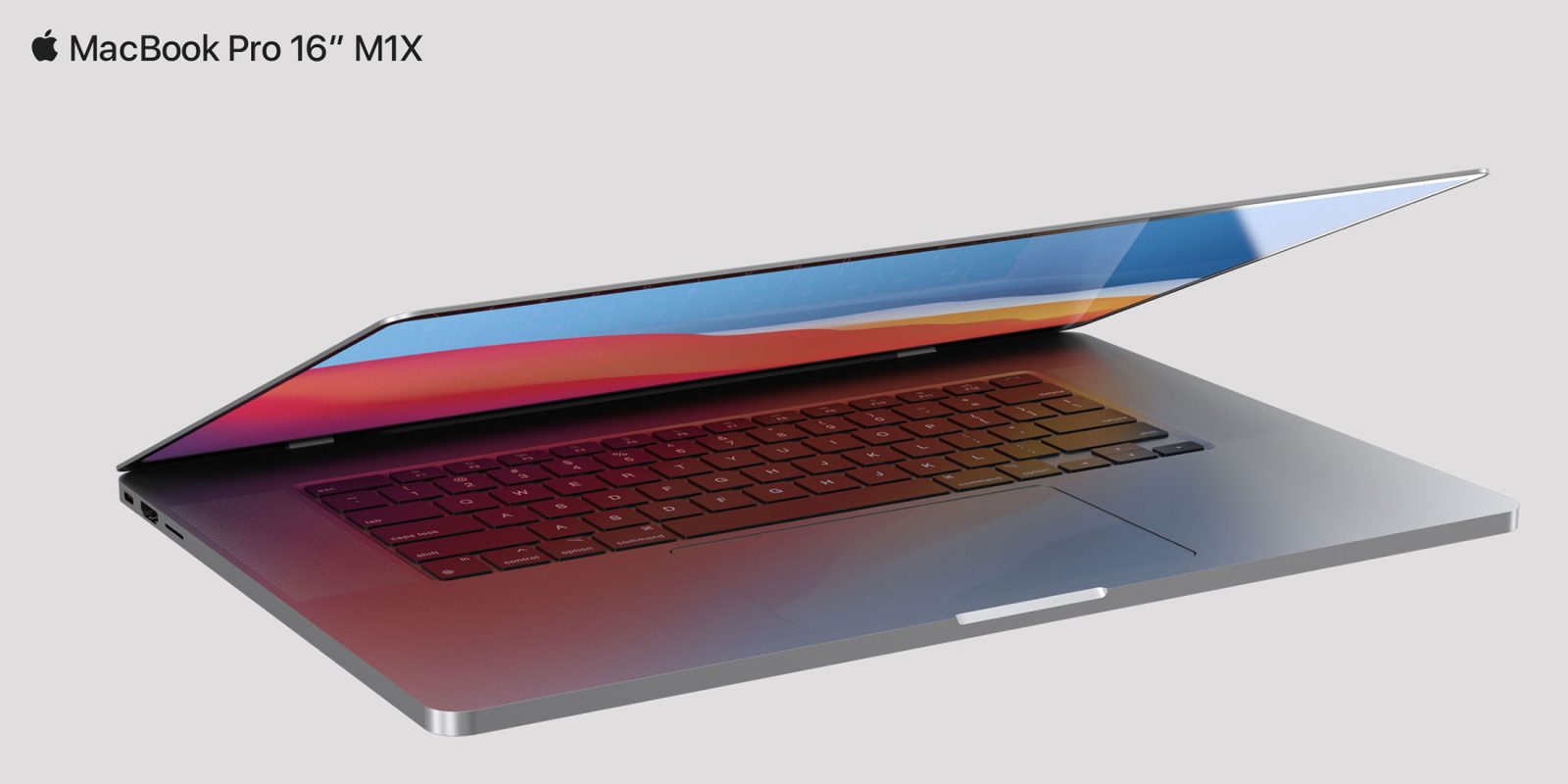 We’ve now heard quite a lot about what to expect from the new 2021 16-inch MacBook Pro design, reportedly arriving as early as the summer. A new set of renders whet the appetite for those of us waiting impatiently for the new machine.

The chip powering the Apple Silicon version of the 16-inch MacBook Pro is expected to be labeled as the M1X, and to offer dramatic improvements over the M1 powering the 13-inch model …

A Bloomberg report says the 16-inch model will dramatically improve on this.

For the new MacBook Pros, Apple is planning two different chips, codenamed Jade C-Chop and Jade C-Die: both include eight high-performance cores and two energy-efficient cores for a total of 10, but will be offered in either 16 or 32 graphics core variations […]

The site said the new machine could be launched as soon as this summer, with a suggestion yesterday that it could be announced at next month’s WWDC.

In terms of visible changes, we’re expecting a flatter, less rounded design consistent with the current iPad Pro lineup. Additional expectations include new ports – HDMI, SD card slot, and a new form of MagSafe – along with the removal of the MacBook Pro branding from the front of the machine. Finally, Apple may drop the Touch Bar in favor of the return of physical function keys.

Designer Antonio De Rosa has put together some renders on what the new machine might look like if the various reports pan out.

He does get a little carried away with mockup webpages, which shoe-horn into the specs every single rumor out there – credible or not. The renders also show color options that are unlikely to make it into the pro models. That aside, though, the rest could be a realistic look at what to expect.

Check out the gallery below – click on each to see full size.

What are your thoughts on this potential design for the 2021 16-inch MacBook Pro? Please let us know in the comments.