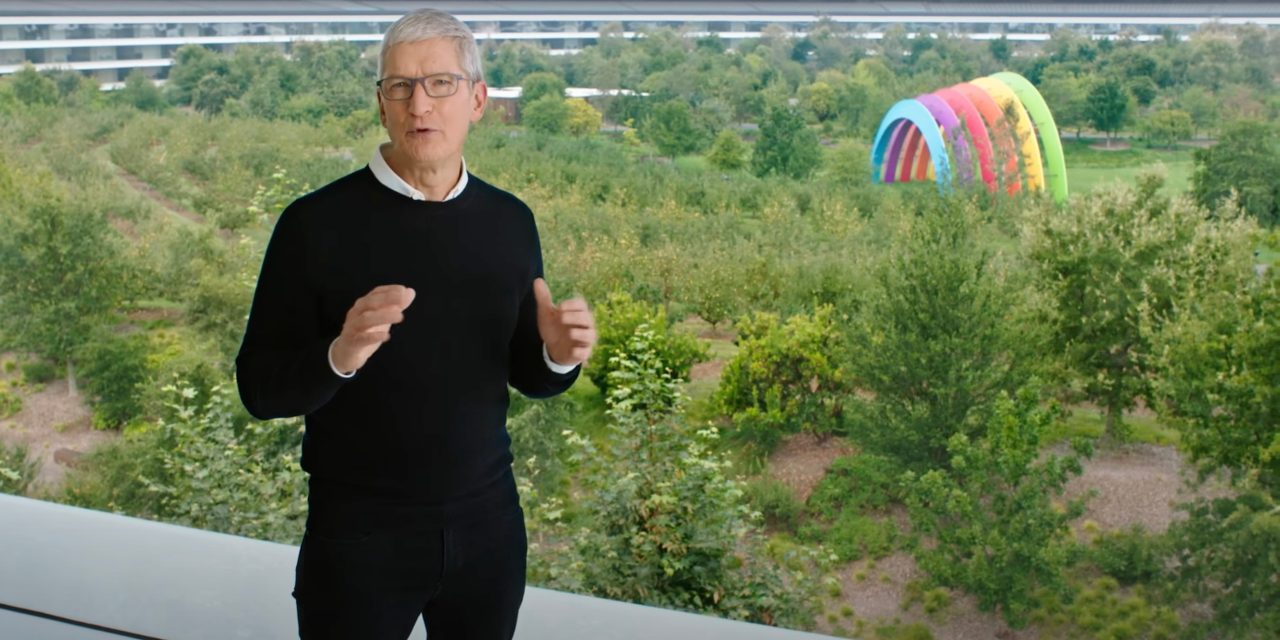 It’s easy to poke fun at John Gruber’s take on the internal letter from some Apple employees who are unhappy with the company’s return-to-work policy post-quarantine: Guy who works from home questions people who want to keep working from home. But his first take on the intention behind the internal letter and assertion that employees shouldn’t be vocal about company policy is something with which I sharply disagree.

My guess is that simply choosing Thursday and Friday as optional remote days would provide too little friction for employees who choose to work this way. A more generous reading is that this formula optimizes for productivity based on data we don’t have. Tim Cook is also careful to describe the planned remote work policy as a pilot program that is subject to change. I take this to mean that optional remote work days could be reduced or eliminated if whatever metric Apple is measuring is too low.

Apple could just as well have said that a complete return-to-work would be required with exceptions decided on a case-by-case basis. Those affected would certainly respond critically after overcoming disbelief, but that’s not what Apple is doing here.

Apple is trying a progressive policy as far as corporations go. The issue is that employees are more aware than ever that the corporation cannot thrive without employees who are reasonably satisfied with their workplace. This is hardly limited to Apple. It’s the post-pandemic reality.

In Gruber’s piece, he posits that a group of misfit hires who do not understand Apple’s traditional workplace practices is the real problem.

And who are these people who took jobs at Apple not knowing the company’s on-site culture? Do they think Apple built a new $4 billion campus on a lark? Three days a week on site and two days remote is a huge change for Apple.

$4 billion is nothing for Apple, no employee should feel chained to Apple Park as a place to create for Apple, and a sizable change doesn’t mean it’s the right change post-pandemic. There’s never been a bigger test for remote work opportunities before the pandemic. Companies shouldn’t be limited by pre-pandemic culture now if modern technology effectively enabled remote work successfully over the last year.

Given that these letters keep leaking to Zoe Schiffer at The Verge, I can’t help but think that the problem for Apple is that they’ve grown so large that they’ve wound up hiring a lot of people who aren’t a good fit for Apple, and that it was a mistake for Apple to ever hook up a company-wide Slack.

First, kudos to Zoe Schiffer for their reporting. Leaked internal memos don’t just fall in your lap. You’re on the receiving end of these because your reputation as a reporter gives those affected by the issue a reason to trust you.

Next, suggesting that open communication between employees about the workforce that they make up is somehow the bigger problem is mighty off. If it weren’t Slack, it would be an email chain or groups of vocal employees who organize together. I think there’s a dangerous line being drawn when you question whether a vocal workforce is a feature or a bug.

This is also the first I’m hearing that Apple may have hired some number of people who aren’t a good fit for Apple. I couldn’t find Gruber’s take on the hiring and firing of Antonio Garcia Martinez (evidence that Apple does make bad hires), but maybe he’s on to something. If so, we should be awfully suspicious of WWDC this week.

Apple’s new “three days on site” policy wasn’t a request for comments — it was a decision — and Tim Cook’s company-wide letter already leaves room for individual teams to adjust it to their own needs.

When we write about Apple, we’re writing about a group that includes employees arguing for an even more progressive remote work policy than what leadership is offering. Their internal letter wasn’t a request for comments — it was an effort to put weight behind a policy that didn’t meet their expectations.

I believe the implication here is that staff unhappy with Apple’s remote work policy should seek a more flexible opportunity elsewhere. Apple already misses out on some great talent from people who aren’t willing to move to California, but the company gets on OK. I do believe there is middle ground between take-it-or-leave-it and the current policy as proposed.

Gruber frames his argument against the sentiment of the internal letter around a lack of trust for the intent of the authors:

The “formal requests” at the end about employees with disabilities and the “environmental impact of returning to onsite [sic] in-person work” are such transparent pandering.

Disabilities come in all shapes and sizes, and all companies should be especially cognizant of invisible disabilities post-pandemic. Not everyone is experiencing the pandemic the same way, and many are enduring real trauma from the last year. The reality is that there is a reasonable concern over disclosing mental illness to any employer. I’m told that many of the authors and supporters behind the internal letter are in this category.

One could also argue that letting individual teams adjust the remote work policy to their needs is a punt by leadership that will result in a mishmash of policies set by different teams. This also reminds me of Silicon Valley companies that put ping pong tables in common areas stocked with beer that no one is sure they should actually consume at work.

Given that the remote work policy is decidedly a pilot program that will be reviewed by leadership, actually taking remote days could be like taking vacation days at companies that don’t give a set amount of time off. You could take more than two weeks off per year, but is that really OK or would there be repercussions? Will remote work days actually be welcome if you opt in to not going to the office to work each Wednesday and Friday? Should your performance be judged negatively by using remote work days if you’re competing with a colleague who always works from Apple Park?

Apple’s timid endorsement of remote work days during the transition to life mostly after COVID-19 in the U.S. signals to me that the company is reluctant to take this path, but the reality we’re facing has resulted in the pilot program compromise.

Lastly, I don’t believe this dismissal of the process actually describes what’s happening between this group of employees and leadership.

Companies are not democracies, but the employees writing these letters sure seem to think Apple is one. It’s not, and if it were, the company would sink in a snap.

Discussing ideas openly is how the best ideas rise to the surface, and I would hope that Apple’s remote work pilot program is very much open to feedback from the workforce that makes Apple the trillion dollar company it is today. A healthy dialogue between leadership and the workforce is hardly turning Apple into a democratically ran company. It’s how healthy workplaces thrive.