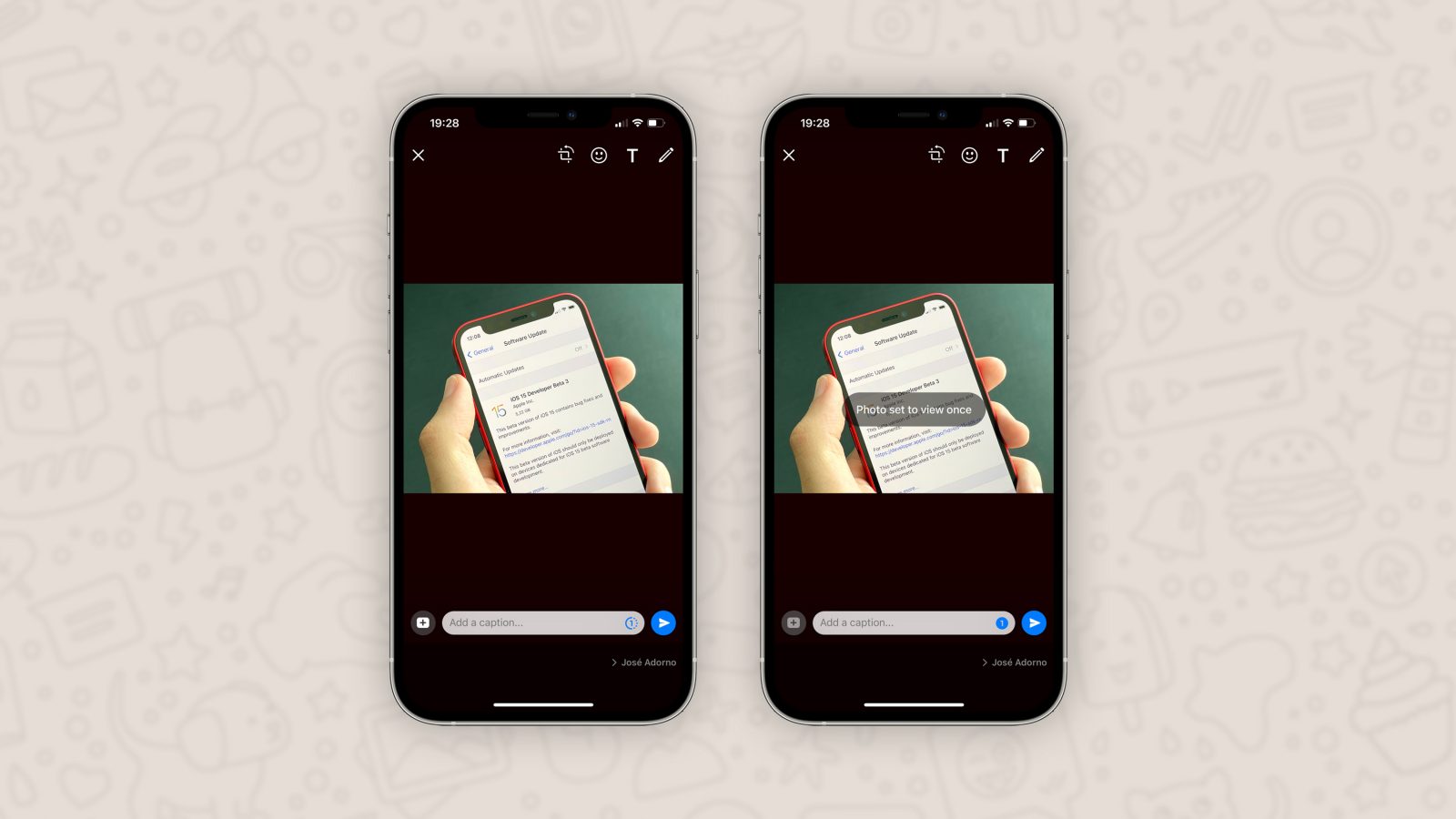 WhatsApp today introduced a new feature in its iOS and Android apps that lets users send photos and videos that disappear after being opened. “View Once,” as the name suggests, deletes the content immediately after the other person has seen it, similar to what Snapchat and even Instagram do.

As described by the Facebook-owned company in a blog post, users sometimes want to share sensitive content that shouldn’t be permanently recorded. With View Once, they can make sure that the media will disappear forever after it has been opened.

That’s why today we’re rolling out new View Once photos and videos that disappear from the chat after they’ve been opened, giving users even more control over their privacy. For example, you might send a View Once photo of some new clothes you’re trying on at a store, a quick reaction to a moment in time, or something sensitive like a Wi-Fi password.

In order to enable View Once for media on WhatsApp, all you need to do is tap the “1” button before sending a photo or video. According to WhatsApp, all media sent with View Once is end-to-end encrypted and can’t be accessed by anyone else.

View Once was previously available to WhatsApp Beta users through TestFlight and is now being rolled out to all users with the latest app update available on the App Store. The same update also brings a new style to in-app message notifications.