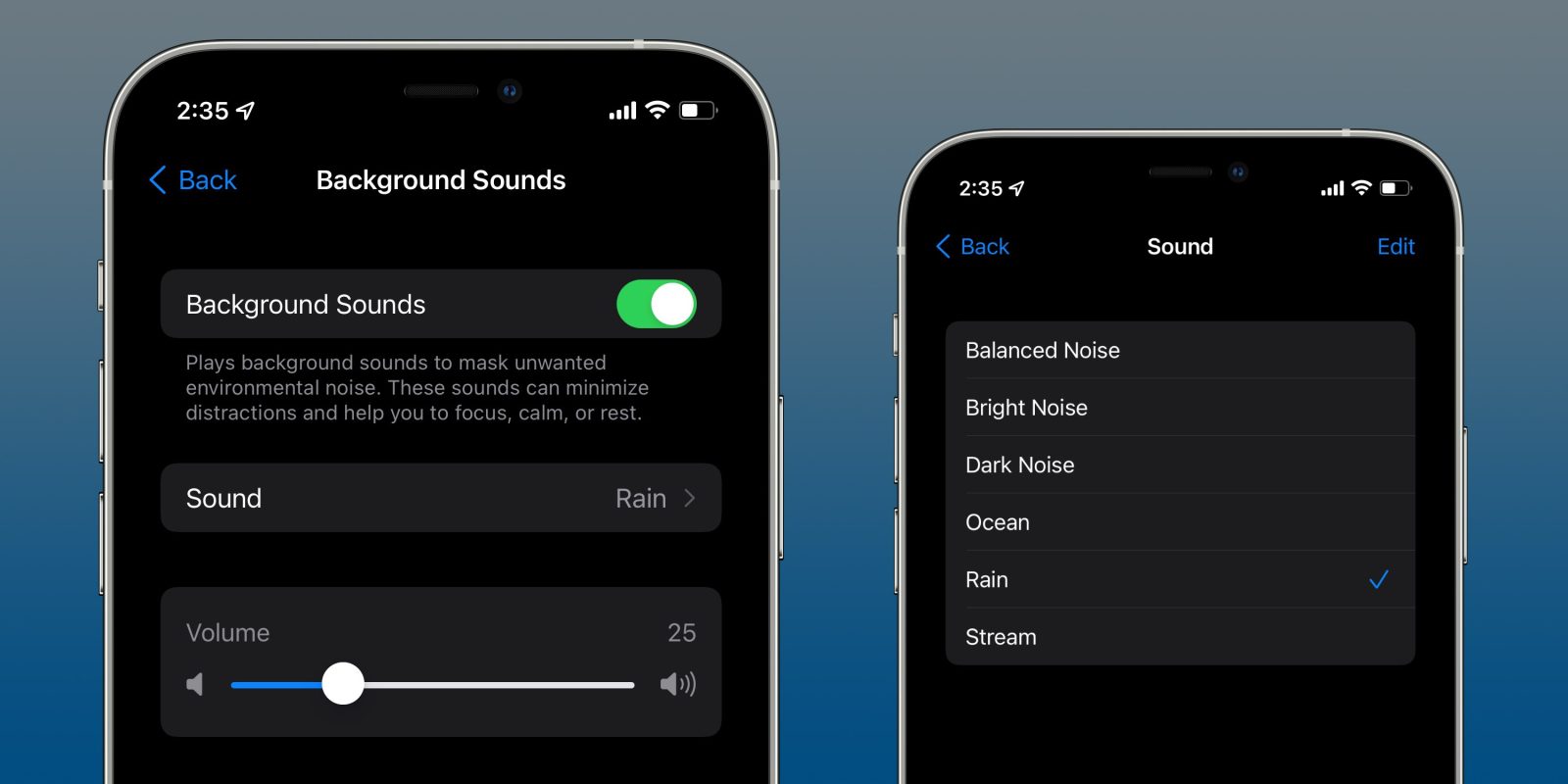 Instead of having its own app, the feature is tucked inside Accessibility settings for iPhone and iPad. While Siri commands don’t work with the feature, you can set up an Accessibility shortcut for Background Sounds or use Control Center to quickly access it too.

Apple has some experience with ambient sounds as it brought seven different options to HomePod in 2019 with white noise, stream, rain, ocean, night, forest, and fireplace. While Background Sounds will improve over time, this native iOS 15 feature doesn’t replace a robust option like the Dark Noise app.

And a popular option people are discovering with the new iPhone Background Sounds in iOS 15 is you can use them along with music and other media for a more immersive experience.

How to use iPhone Background Sounds in iOS 15

Background Sounds is definitely a handy addition to iOS 15. However, it’s relatively basic, so if you think you’d appreciate more sounds and rich features, definitely check out Dark Noise for iOS/Mac.

My colleague Parker also made a sharp concept for how Apple could take Background Sounds further with a dedicated app, sleep timer, and more.