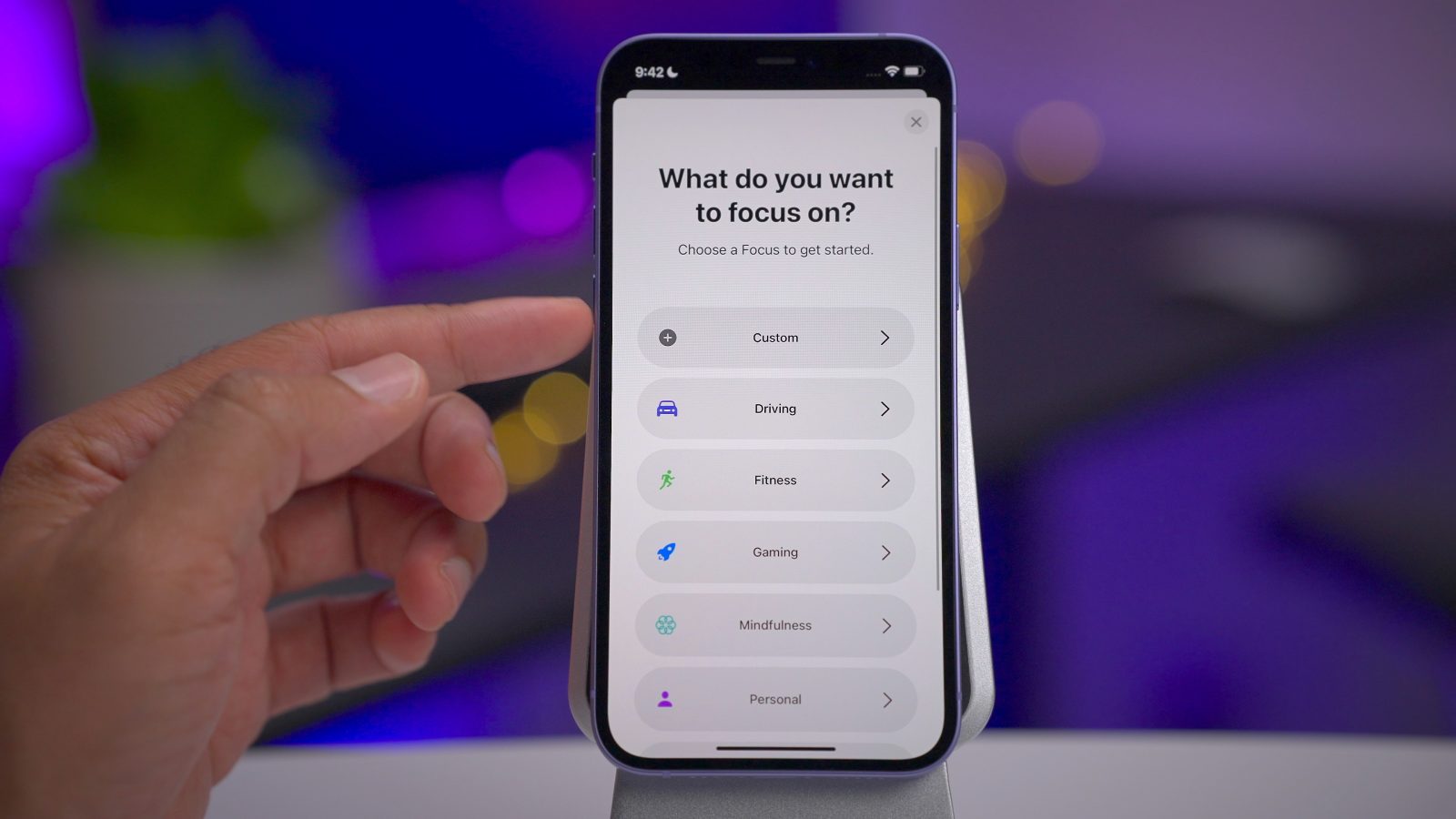 We’re two months away from Apple announcing iOS 16, but there are already some rumors about the update floating around the web. Bloomberg journalist Mark Gurman this week reported that iOS 16 will bring updates to the notification system, and code found in Apple’s latest beta software corroborates just that – among some other things.

As described by Gurman, iOS 16 will feature “fairly significant enhancement across the board, including an update to notifications.” Although he didn’t share in-depth details about these changes, 9to5Mac found in the codes of macOS 12.4 beta (released to developers earlier this month) that Apple is planning big changes for Focus mode.

For those unfamiliar, Focus mode is a feature introduced with iOS 15 and macOS Monterey that lets users manage which apps and notifications they want to see at different times of the day.

With iOS 16 and macOS 13, Apple will introduce even more customizations to Focus mode that won’t be compatible with iOS 15 and macOS 12. A new string added to iOS 15.5 beta reveals a warning message telling the user that the chosen Focus mode requires a software update to be enabled.

Using an allowed list for this Focus will cause these settings to be lost on your other devices with newer software.

A device with newer software has updated this Focus to use a new configuration this device doesn’t support. To continue editing notifications on this device, update to the latest software or use an allowed list for this Focus.

Interestingly, it seems that Apple has also been working on new features for Apple News. According to code from the iOS 15.5 beta, there will be new content in the News app that requires iOS 16. This time, however, Apple has added a second string for devices that can’t be updated to this new version of iOS, which suggests that the company will drop support for some iPhone and iPad models this year.

Sorry, you need to update your device in order to see this content.

Sorry, News is no longer fully supported on older devices.

Gurman’s latest report also mentions that a new multitasking interface for iPadOS 16 is in the works, as well as new health-tracking features for watchOS 9. iOS 16 is expected to be unveiled at WWDC 2022 in June, with the official release coming this fall.