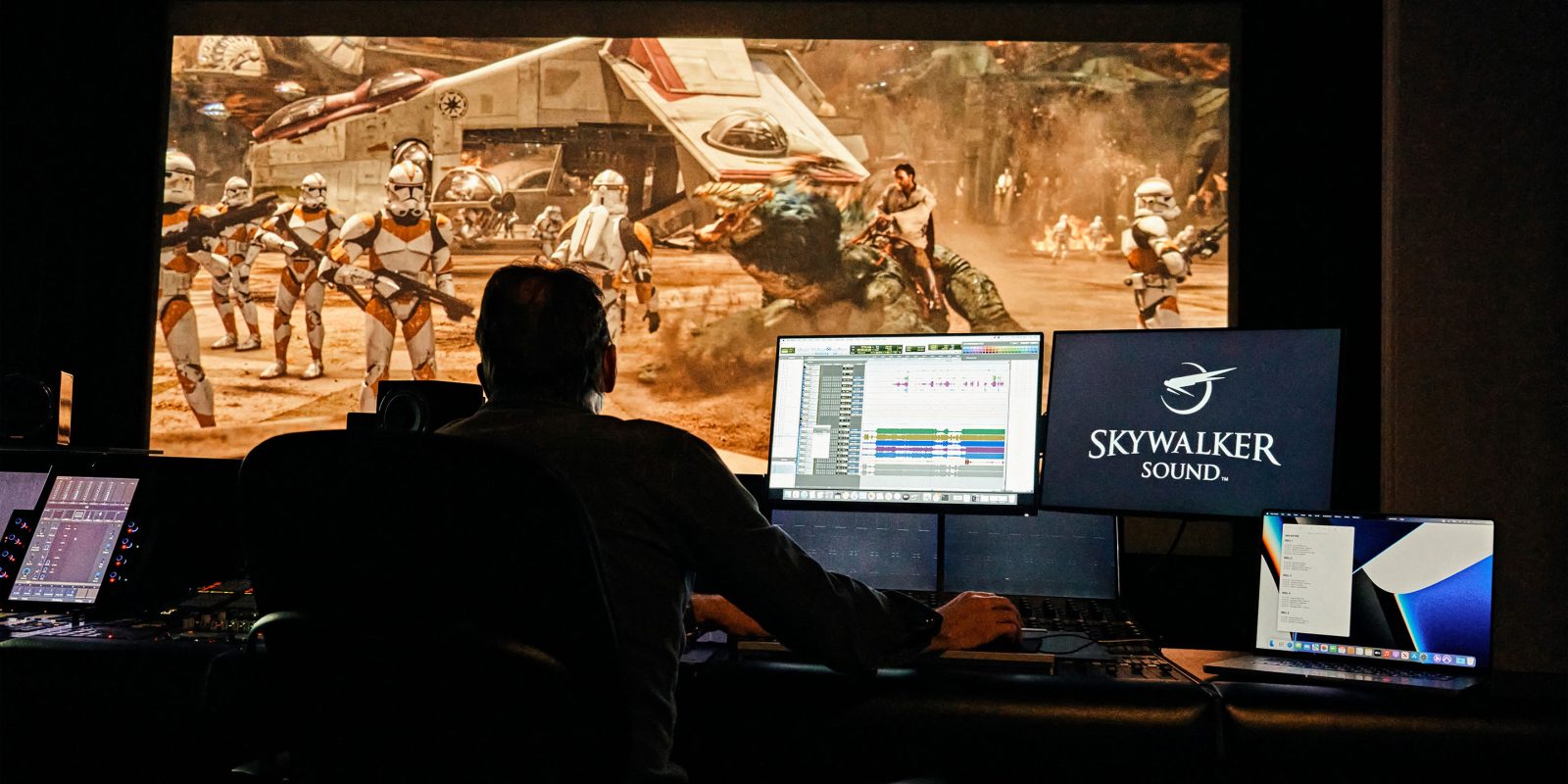 We’ve all been there, right? You’re sitting on the sofa wondering how to create creature sound vocals and not been sure where to turn for help. Well, don’t worry, Apple has you covered with a special Today at Apple session …

The topic isn’t, of course, quite as random as it seems: It’s a tie-in with Apple’s look behind the scenes at Star Wars sound design.

The Star Wars sound design is every bit as iconic as its visuals. Darth Vader’s breathing, the bleeping dialogue of R2-D2, the buzzing of light sabers, Chewbacca’s roars, the Starfighter lasers – all of these sounds and more are instantly recognizable and immediately evoke the related visual imagery.

Apple has shared a 16-minute Behind the Mac documentary on how George Lucas’s Skywalker Ranch facility creates the sound effects that help bring the Star Wars universe to life, and the role which Macs play in this.

The special one-hour tutorial is presented as a live-streamed video, meaning anyone can take part.

On Monday, May 9, 2022, fans can join sound designer Leff Lefferts as he shares his favorite projects and how Skywalker Sound brings iconic movie characters to life with Apple Music’s Eddie Francis. Participants will view footage from Skywalker Ranch in Apple’s Behind the Mac film, and learn from an Apple Creative Pro how to make vocal effects for a character using their voice, everyday objects, and GarageBand on Mac.

After working in the music industry, Leff Lefferts joined Skywalker Sound in 2006. He’s been involved in over 85 projects, including some of the world’s biggest movies, TV series, and documentaries.

The session also has sign-language interpreters.

It takes place on May 9 at 8 p.m. EDT. You can register for Virtual Studio: Create Creature Vocals with Skywalker Sound here. Once registered, you’ll receive an email confirmation, and a reminder nearer the time.

The more familiar in-store Today at Apple sessions have always majored on creative work, and the company last year expanded its Today at Apple Creative Studios program for young creatives.

According to a press release published by Apple, starting this month, Today at Apple Creative Studios will bring its career-building programming and creative resources to underrepresented communities in Chicago and Washington, D.C.

These two cities expand on the programs launched earlier this summer, which explores a variety of creative passions across music and radio production, photography, app design, and more.

“We’re so excited to be able to connect young people from underrepresented communities with artists and mentors to guide and inspire them in Washington and Chicago,” said Deirdre O’Brien, Apple’s senior vice president of Retail + People. “In each city where we’ve launched Today at Apple Creative Studios, our partnerships with incredible community organizations have enabled us to bring creative arts education to those who need it most, and we look forward to bringing Creative Studios to even more cities.”