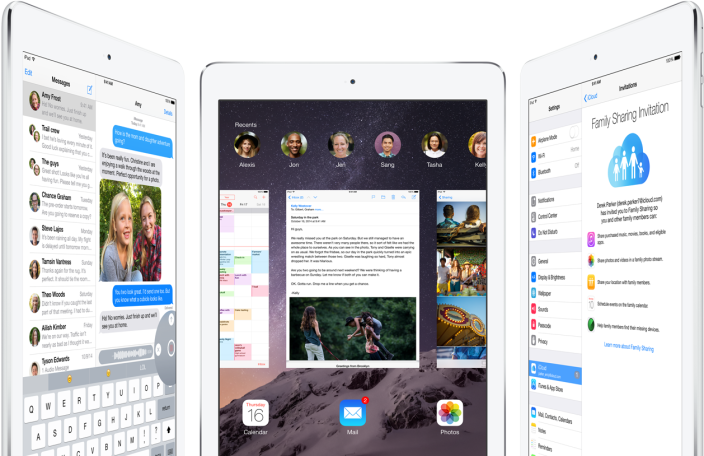 China Unicom and China Telecom announced today that they will start selling the iPad Air 2 and iPad mini 3 to customers starting March 27. This is the first time the carriers, two of the top three largest in the country, will offer customers in China the Wi-Fi + Cellular models of Apple’s latest generation tablets.  END_OF_DOCUMENT_TOKEN_TO_BE_REPLACED China Mobile is currently offering the iPhone 5s free with a 24-month contract costing the equivalent of $98 a month. A 30-month contract on China Unicom costs $63 a month.

I do think you’re going to see a subsidy war coming,” said Michael Clendenin, managing director of Shanghai-based RedTech Advisors. “China Mobile, if they’re not making their targets on sales for these phones, they’re going to increase the subsidies […] It’s like airlines: the other guys will fall like dominoes, so China Unicom will do it and China Telecom will do it” …  END_OF_DOCUMENT_TOKEN_TO_BE_REPLACED

I’m so honored to be doing business with … China Mobile. It’s a huge announcement…we’re incredibly impressed with them, we have deep respect for them, and have had from the very first discussion that we’ve had together” …  END_OF_DOCUMENT_TOKEN_TO_BE_REPLACED

Apple now has all three of the licenses needed to allow the new iPhones to be used on China’s three major carriers: China Mobile, China Unicom and China Telecom. The WSJ reports that the final license was issued today.

According to the website of China’s Telecom Equipment Certification Center Wednesday, Apple was given a “network access license” for a handset resembling the iPhone that runs on the mobile standards used by China Mobile for third and fourth generation cellular services.

Apple announced yesterday that both iPhone 5c and iPhone 5s would go on sale in China on September 20th, in parallel with the US launch.

Analysts have estimated that Chinese and Japanese sales combined could add up to an extra 38M handsets a year. According to a local Chinese report, Apple CEO Tim Cook was recently back in China hoping to jumpstart relations with Chinese carriers this week. Cook met with China Telecom, already a strong Apple partner. The topic of conversation wasn’t revealed but likely on the plate is Apple’s lower cost plastic iPhone, perhaps called the iPhone 5C, and overall flattening growth in Apple’s second biggest market.

The article speculates that he probably met with the other local carriers including partner China Unicom and the world’s biggest carrier, China Mobile who has around 700M subscribers – none of which have direct access to Apple’s iPhone yet.