As the US Presidential campaign for Hillary Clinton continues to reel from daily deluge of emails released from Campaign Chairman John Podesta via Wikileaks, we’re finding a number of topics related to Apple and specifically its CEO Tim Cook.

Today’s installment is probably worth noting. It has Cook listed as a possible VP candidate pick by Podesta along with many other political, business and tech luminaries seen below. 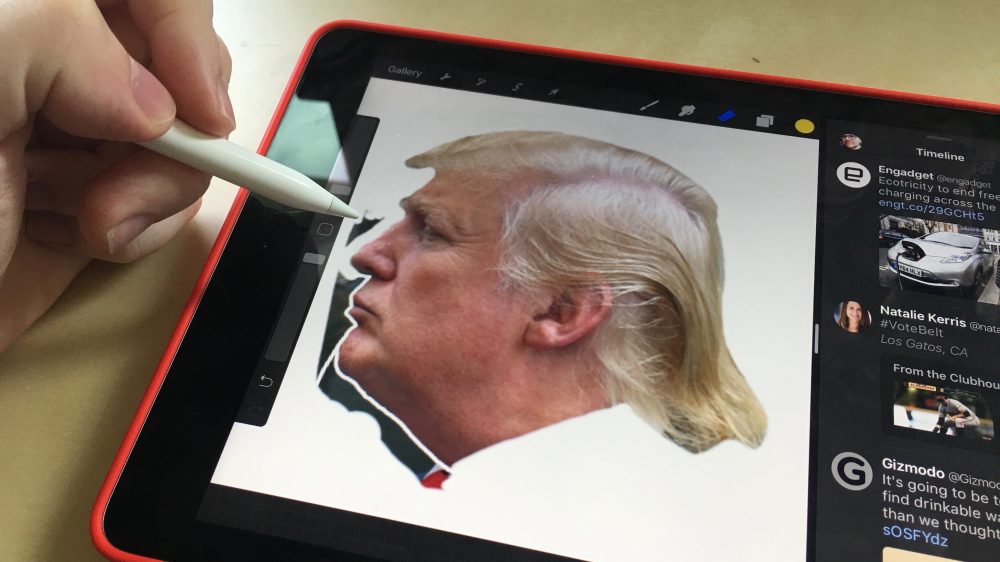 Way back at WWDC in June, Apple demoed how easy it is to open Xcode and create an iOS 10 sticker pack for Messages. Unlike iMessage apps, you don’t need to be a developer or know any code. You just need a Mac with Xcode, a paid developer account, and an idea for a sticker pack.

I’ve had a paid developer account since iOS 5 beta, but I’ve never submitted an app or opened Xcode for anything meaningful before. I’m definitely not a developer so I wanted to put Apple’s pitch to the test and see just how easy it is to create sticker packs.

I’m happy to report today that my ridiculous idea for two sticker packs was a success and both Hillary Clinton and Donald Trump sticker packs are available on the App Store.

END_OF_DOCUMENT_TOKEN_TO_BE_REPLACED

As the election cycle heats up in the United States, Pineapple Street Media co-founder Max Linsky announced today that he will be co-hosting a podcast with the Democratic US presidential nominee, Hillary Clinton. The podcast is entitled “With Her,” a play on Clinton’s campaign slogan of “I’m With Her.”

END_OF_DOCUMENT_TOKEN_TO_BE_REPLACED

Apple CEO Tim Cook is reportedly hosting a political fundraiser for Hillary Clinton’s presidential campaign next month, according to Buzzfeed. As the report notes, Cook will be hosting the event as a private citizen as Apple doesn’t have a political action committee like other companies, although Apple’s Lisa Jackson will also be in attendance. Jackson serves as the company’s VP of Environment, Policy, and Social Initiatives. While the fundraiser itself isn’t so much surprising for Cook, it does follow a prior political fundraiser hosted by Cook for Republican Speaker of the House Paul Ryan…