App Store, Apple Music, iTunes and other iCloud services down for some [U: Back up]

Update 2: Apple is reporting that the iCloud.com services have also been restored.

Update: Apple is reporting that the availability of some services has now been restored but several features of iCloud are still down and undergoing maintenance.

As noted by Apple’s system status page, a multitude of Apple services are currently experiencing instability and downtime for some users. The affected services include the App Store, Mac App Store, Apple TV services, iTunes In The Cloud and critical features like Find My iPhone. We have also had a few reports of Apple Music downtime, seemingly repeating the outage yesterday, but Apple’s official status report does not mention any problems with Apple Music at this time.

END_OF_DOCUMENT_TOKEN_TO_BE_REPLACED 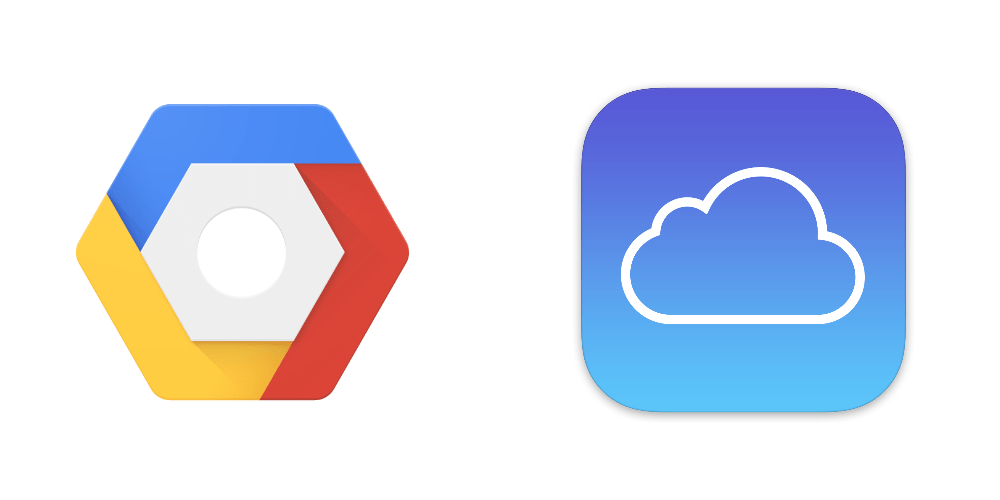 According to CRN and other sources, iCloud will soon be partially powered by the Google Cloud Platform by way of a deal that could also be used as leverage to cut its cloud costs with Amazon and Microsoft. Such a move is a big win for Google’s burgeoning cloud enterprise business.

END_OF_DOCUMENT_TOKEN_TO_BE_REPLACED

A brand-new mail client called CloudMagic launched today on the App Store. The app supports most email services and has all of the basic features you’d expect from a mail app. One CloudMagic feature blows most other apps away, though: search.

Rather than searching on your phone for a certain email and then remotely searching each individual mail account to find what you’re looking for, CloudMagic caches your entire mail account on their server and uses server-side search to find any message almost instantly. The search is powerful and intelligently suggests words and phrases that I found to be exactly what I was looking for. END_OF_DOCUMENT_TOKEN_TO_BE_REPLACED

Apple officially enabled its Up-to-Date program after launching the new operating system, but some who tried to receive their free upgrade to OS X Mountain Lion immediately ran into problems. Many redemption codes were apparently coming up invalid, so Apple said it would replace the invalid codes over the next three days.

At least a half dozen commenters in the MacRumors Forum claim Apple sent the replacement codes today, but, unfortunately, the codes are for the “OS X Server components of Mountain Lion rather than Mountain Lion itself.” One commenter specifically said an error message appeared that warned the “OSX Server cannot be downloaded”:

Another good point about this iOS hack: do people realise the Russian guy could steal their bank accounts?

On Friday, we broke the news on some worrying tips we received about an “in-app proxy” hack that allowed even novice users to illegally install paid in-app purchase content for free. In updates to our original story, we noted the hack’s developer, Alexey V. Borodin, said in an interview that Apple’s method of validating receipts for developers would not protect apps from the hack. Apple followed up with a statement that claimed it is investigating the issue. Today, we get an update from The Next Web that further claims Apple began taking action over the weekend:

Over the weekend, Apple began blocking the IP address of the server used by Russian hacker Alexey V. Borodin to authenticate purchases.

It followed this up with a takedown request on the original server, taking down third-party authentication with it, also issuing a copyright claim on the overview video Borodin used to document the circumvention method. PayPal also got involved, placing a block on the original donation account for violating its terms of service

Unfortunately, the service is reportedly still operational with Borodin apparently moving the server to a location outside of Russia. He told The Next Web that the new service has been “updated and cuts out Apple’s servers, ‘improving’ the protocol to include its own authorisation and transaction processes. The new method ‘can and will not reach the App Store anymore, so the proxy (or caching) feature has been disabled'”

Couldn’t this iOS in-app purchasing hack be avoided by checking the certificate fingerprint against Apple’s? (Answer: yes, it could.)

While Borodin also claimed he has changed the process to force users to sign out of their iTunes account (to ensure users he is not stealing personal/credit card data), there are more than a few reasons to still be concerned. Developer Alastair Houghton told us that he thinks Borodin’s method could be used “intercept traffic intended for any other secure website”:

END_OF_DOCUMENT_TOKEN_TO_BE_REPLACED

Is the AppleTV 2 the future of low-CPU use servers? Desktops?

Why run a family pictures website, DNS or any other low CPU-use server on power-hungry Intel-based hardware when an AppleTV2 does the trick?  The folks at MacMinivault.com have set up a webpage on a AppleTV 2 (go ahead, try to take it down) jailbroken with httpd as an example of what can be served off of the little 6 watt, A4-powered dynamo.  Put 10 of these together and you’ll be using the same power as a single 60 Watt light bulb.

The Apple TV is running iOS 4.2.2 (obviously jailbroken) with lighttpd for a web server. You can see the webpage we set up by visiting atv.macminivault.com. We’ll keep an eye on the CPU load and watch the analytics to record how much traffic the Apple TV receives.

They say this won’t be a cost effective solution for their customers (8 GB of storage won’t cut it) but is a ‘fun experiment.’

What’s interesting is that Apple likely has an dual core A5-platform AppleTV coming out shortly which may push a little more into the Intel server space.  Perhaps more interesting is that the A5 chips could also make nifty little ChromeOS-busting terminals or even cheaper laptops.

If you want to create your own little AppleTV 2 server, they recommend the following: END_OF_DOCUMENT_TOKEN_TO_BE_REPLACED