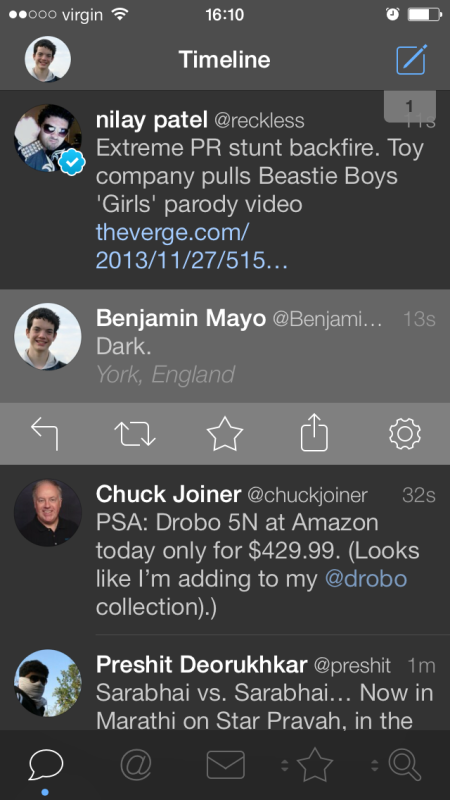 Today, Tapbots has released Tweetbot 3.2 to the App Store, the latest version of their highly-popular Twitter client. Tapbots have been pretty relentless in updating their flagship app with version 3.1 arriving only two weeks ago.

Tweetbot 3.2 brings a long-awaited night theme to the app, offering another theme choice to users who may not like the stark-white default look.

The theme can be set to adjust automatically based on time or manually set as the default look. The application theme can also be changed via a hidden gesture; simply swipe up and down with two fingers to toggle between the light and dark theme.

In addition, Tweetbot 3.2 also adds a new way of switching between multiple accounts. Just long-press on the account avatar in the corner of the screen and slide between accounts. It is also now possible to long-press on the favorite star to favorite a tweet from an account other than the active timeline. The additions are helpful to anyone who has to manage more than one Twitter account at a time.

Tweetbot for iPhone is currently ‘on sale’ for $2.99 and — as always — the 3.2 update is free for existing customers.