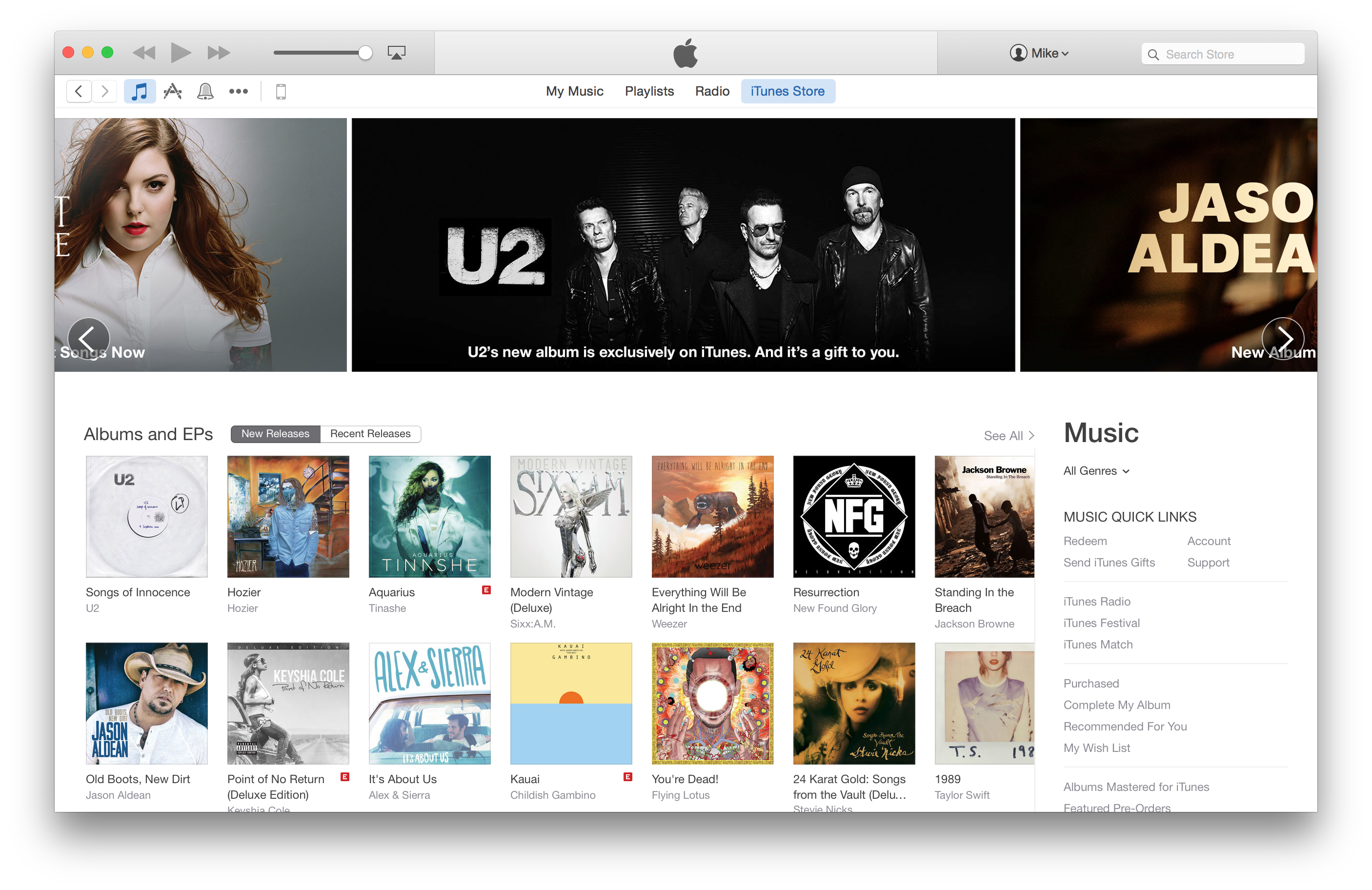 Apple has started rolling out a redesigned version of the iTunes Store for users running iTunes 12 less than a week ahead of what’s expected to be the launch of OS X Yosemite. The new storefront takes design cues from the iTunes and App Store home pages on iOS devices, featuring a flattened, side-scrolling carousel at the top of the page in place of the old “card”-style header. This new header can be scrolled horizontally using two fingers or even dragged around with a mouse.

Individual pages for albums, TV shows, and iOS apps have also been redesigned and now feature more iOS-like controls throughout. Download buttons have been reduced to simple outlines. Shadows and textures have been removed throughout the store, putting the content directly on a stark white or dark gray background.

The sidebar on the home page now features lighter typography that more closely blends in with the design of OS X Yosemite, and the font across the entire store has been changed to match the new look. The sidebar itself has been flattened quite a bit ad the content has been slightly rearranged.

Some stores, such as the App Store and the Podcast store, have quick filter options at the top of the page that allow the user to quickly shift from one type of content to another. In the case of the App Store this is useful for switching between iPhone and iPad apps, while the Podcasts side of the store allows you to decide whether you’d rather see audio or video podcasts (or both together).

This updated design doesn’t seem to have been implemented everywhere yet, as some pages (such as the gift card redemption screen) still use parts of the old design.

The “playing” indicator on music previews has been redesigned, though it doesn’t seem to work very well on Retina displays in its current form.

One key feature does seem to be missing from the redesigned store: app previews. With iOS 8, Apple started allowing developers to upload short video clips to demonstrate the functionality of their apps, but those previews are currently only available directly on an iOS device. Hopefully this feature will be brought to the desktop store in an update soon.

OS X Yosemite is expected to be discussed (and possibly launched) during next week’s Apple event. You can catch a live stream of the event on Apple’s website and full coverage of everything that’s revealed right here on 9to5Mac.

A full gallery of screenshots is below: