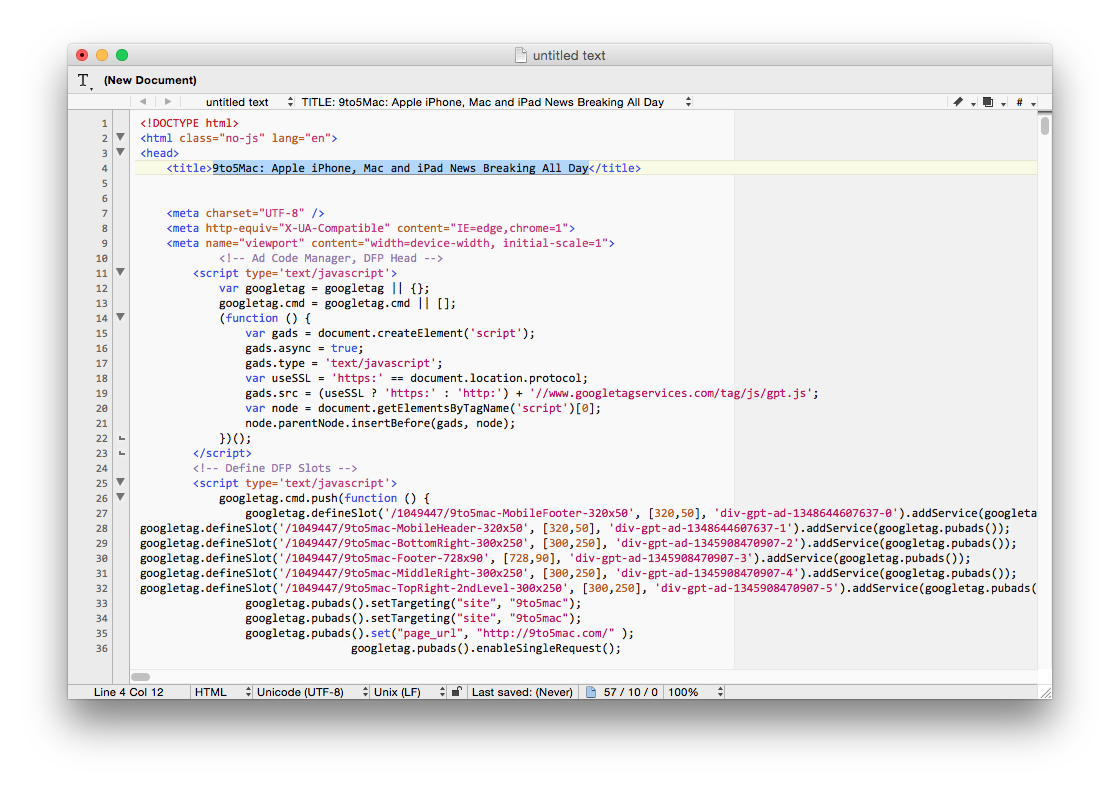 Text/HTML editor BBEdit got upgraded to version 11 this week with a huge number of new features, improvements, and fixes. The highlights include improved syntax highlighting, an updated interface for the “Find Differences” feature, and a new text extraction capability. The Clipping system has been updated to allow for the creation of snippets that can be used in any language, or just in one.

The full (and lengthy) change log is below and goes into very fine detail about every change in the new version.