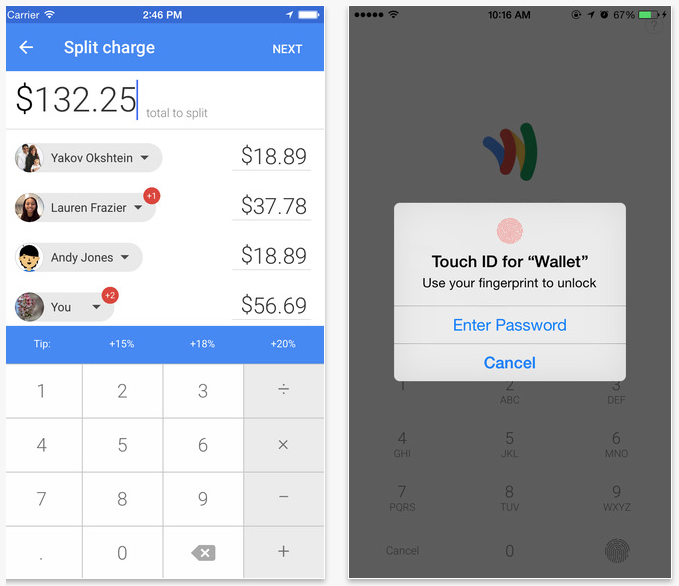 Apple Pay may be leaving Google Wallet in the dust when it comes to adoption, but Google hasn’t given up yet. It’s just updated its iOS app to support Touch ID, add optimization for the iPhone 6/Plus and enable you to split bills between friends …

Don’t be fooled into thinking that Touch ID support means you can now use the app like Apple Pay, however: Touch ID only logs you into the app. Apple isn’t yet allowing third-party apps to access the NFC chip for contactless payments.

Version 8.174.19 of Google Wallet also allows you to access loyalty and gift cards while offline. The app is a free download from iTunes.

It was last month revealed that Google Wallet appears to be benefiting from the publicity generated by Apple for mobile payment solutions, the number of users doubling since Apple Pay was launched.