Opinion: What we can expect from an Apple Car if it really goes on sale in 2020 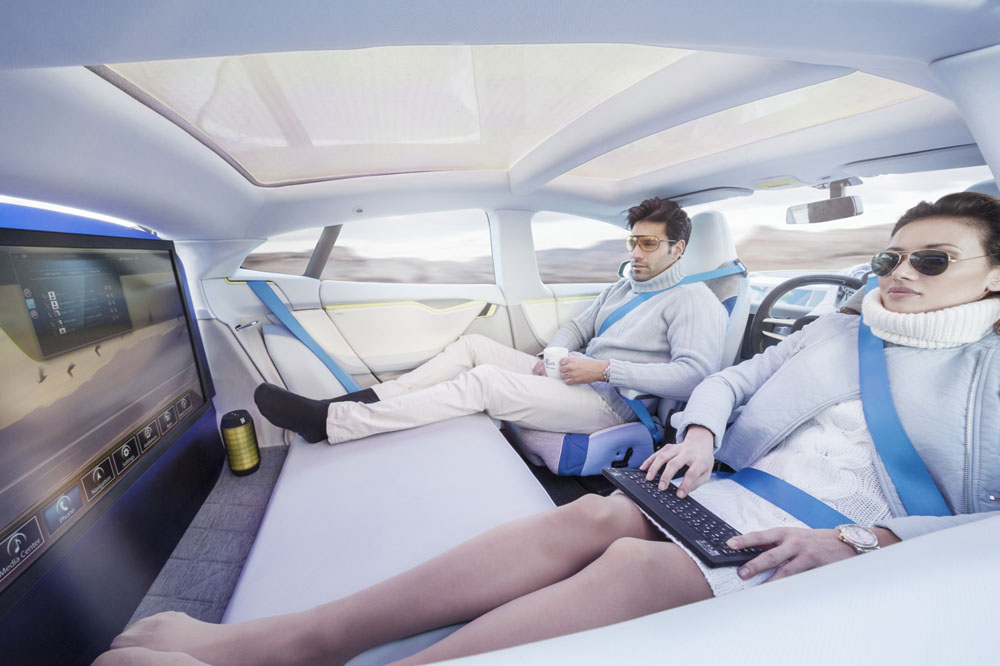 What a difference a couple of weeks can make. We knew on February 5th that Apple was offering quarter-million dollar signing bonuses to Tesla engineers to persuade them to jump ship, but the idea that the company planned to make a car was just a vague rumor. Fast-forward a fortnight and it’s now being treated as established fact.

Our own exclusive reporting on the sheer range of automotive hires by Apple makes it clear that the company is, at the very least, seriously investigating the possibility, with a 1,000-strong team reportedly approved by Tim Cook. And while we need to bear in mind the cautionary note in Seth Weintraub’s piece that there’s a big difference between an R&D project and a real, live product, at this stage an Apple car seems more likely than not.

But if Bloomberg is right that Apple plans to launch a car by 2020, I think it’s important to recognize what form that car will and won’t take (spoiler: it won’t look like the above) …

Let’s start with the obvious things we can expect from an Apple Car.

Of course, it will be electric. That’s a no-brainer. It’s the direction in which the industry is headed, is fully in line with Apple’s environmental commitments and Tesla has more than demonstrated that electric cars can be every bit as exciting as their dinosaur-burning competition.

Of course, it will be beautiful. Whether Apple is targeting a sleek sportscar or practical people-carrier, the styling will be gorgeous.

Of course, it will be hi-tech. Under the hood, it will use hi-tech battery technology. Apple will, as Jeremy Horwitz argued, solve the mess of the center stack, giving us a beautiful control panel for all the in-car amenities. Perhaps it will bring its user-interface expertise to bear on some of the still-clunky controls beyond that center stack, too.

And of course, there’ll be an app for that. Tesla has already demonstrated just how beautifully you can integrate an iPhone app with the car to do everything from monitoring battery-charging to ensuring the cabin is at the perfect temperature before you get into it. 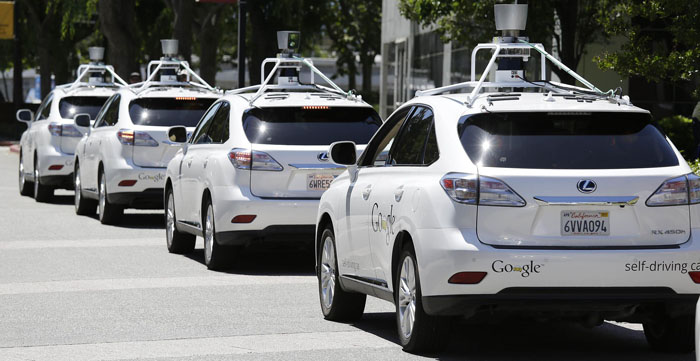 It’s also a no-brainer that Apple is working on a self-driving car. That’s the most exciting upcoming development in the automotive world, and there is no more obvious place for Apple to find the intersection of technology and the automotive arts.

Fully autonomous cars will be a fantastic thing. You’ll be able to get into your car after a long, tiring day, press the auto-pilot button, have your car ask you where you want to go, say “Home” and then spend the journey sleeping or browsing 9to5Mac on your iPad Holo (I should probably trademark that now).

But that brings us back to this 2020 business. While the progress made in self-driving cars in recent years has been incredibly impressive, there remains a vast gap between what we have seen to date and the scenario I’ve just outlined.

But what, you protest, of Google’s self-driving cars? They’re real and they’ve notched-up over 700,000 miles of incident-free, fully autonomous motoring. No-one has ever had to slap the big red Stop button on the dashboard. They even have the necessary government paperwork to make them legal. If Google can do that today, why shouldn’t Apple be able to do that five years from now?

The answer to that lays in how Google’s autonomous cars work. First, the vast majority of those miles were driven on freeways. This is the least-demanding driving task possible. There are clear lane-markings, few junctions, no pedestrians or cyclists, no railroad crossings … in short, freeways are Roads Lite.

Second, when the time came for Google to tackle the far, far trickier business of city driving, its engineers didn’t just program a computer to drive a car and then let it loose on the streets. They instead started out by creating, literally, an inch-level 3D map of a specific series of streets. Every pothole, every road sign, every painted line on the road surface–all of those details were fed into the computer model used by the car. When anything changes, the street has to be remapped before the car can drive along it.

But all of this is possible thanks to that constantly-updated, inch-level computer model of every street on which the car drives. Even in Google’s home town of Mountain View, Google has only mapped a fraction of the streets. Rolling that out to every street in the whole of the USA–all 3,980,817 miles of them–would be a massive undertaking. Keeping every single one of those miles updated every time anything changes would be an even bigger one.

Of course, eventually autonomous cars will be smart enough not to need this mapping. They will be able to use general rules and pattern-recognition to figure things out for themselves. But that level of technological sophistication isn’t here today, and isn’t going to be here in five years time. Probably not at all. Definitely not working, tested and sufficiently reliable to release into the wild. And absolutely not approved for public use by the regulatory authorities.

Now, that doesn’t mean the Apple car won’t proudly proclaim itself to have self-driving technology. There are cars today that make that claim, like Tesla’s “Autopilot.” But what that term means today is very far removed from that delicious vision of kicking back and letting the car drive us home. So, what sort of capabilities exist today?

Self-parking cars. Pull up next to an empty slot in a parking lot, or a parking space on the street, and the car can drive the last few feet into the space. Tesla is taking this a stage further, allowing the car to learn its usual parking spot at your home or work. You can get out of the car and leave it to park itself.

Lane-following and lane-changing on freeways. For years, we’ve had technology that allows a car to recognize clear lane markings and remain within that lane, adjusting speed to remain a safe distance behind the vehicle in front. We’ve more recently seen the logical extension of this: changing lanes to overtake a slower vehicle, moving back into the original lane afterwards.

Emergency braking. Cars–and even trucks–can spot an obstacle in the road and apply the brakes, bringing the vehicle to a halt to avoid a collision. Volvo has taken this a step further and programmed cars to recognize pedestrians and cyclists heading toward a road, not waiting until they actually move into the car’s path.

Speed control. Some cars can recognize speed limit signs and automatically adjust the speed of the car to comply.

Tesla demonstrated a number of these things last year. The executive summary is that today’s ‘self-driving’ cars can do a small number of very specific things well enough to form extremely useful driver aids, but they don’t come anywhere close to replacing a human driver. 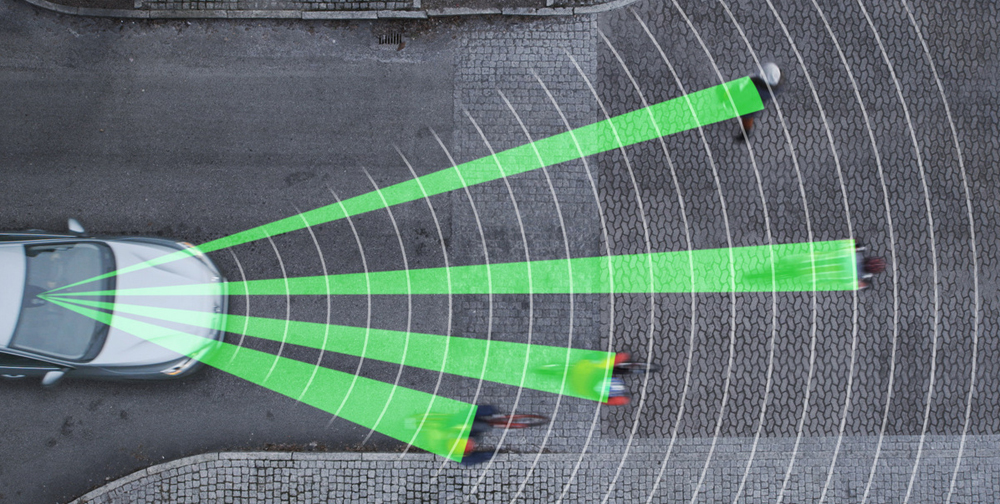 So, what can we expect from Apple? Well, technology will move on, of course. Apple and others will continue to build on the existing capabilities described above, so an Apple Car will be able to do more than cars can do today. But I don’t think it will push the technology much further than other manufacturers, and I can explain why in one word: iPhone.

The iPhone revolutionized the smartphone, but it didn’t do this by adding much in the way of new technology. Touchscreen smartphones had existed for years before the iPhone. Multi-touch was really the only significant technological innovation. What made the iPhone such a ground-breaking product was not that it did anything new, but instead that it did it so well.

So, if that 2020 date is right, that’s what I think we should expect from an Apple Car. Electric. Beautiful. Hi-tech. Great user-interface. A companion app. Some cool driver aids, probably using that self-driving terminology. But not, in five years time, anything close to a fully automomous car.