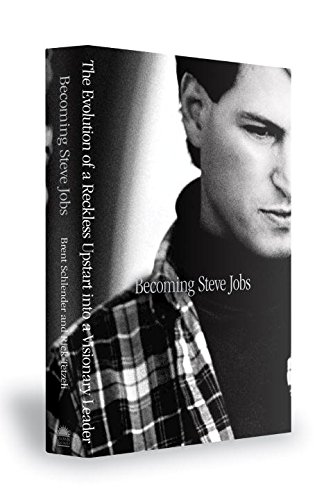 There’s a healthy amount of story telling about the life of Steve Jobs due out this year. In October, we’ll get to see Aaron Sorkin’s take on the late Apple co-founder’s experience at Apple play out on the big screen when “Jobs” hits theaters.

Sooner than that, though, a new book from Brent Schlender & Rick Tetzeli entitled Becoming Steve Jobs (announced via Daring Fireball) will attempt to be different from all the other Jobs books.

Becoming Steve Jobs takes on and breaks down the existing myth and stereotypes about Steve Jobs. The conventional, one-dimensional view of Jobs is that he was half-genius, half-jerk from youth, an irascible and selfish leader who slighted friends and family alike. Becoming Steve Jobs answers the central question about the life and career of the Apple cofounder and CEO: How did a young man so reckless and arrogant that he was exiled from the company he founded become the most effective visionary business leader of our time, ultimately transforming the daily life of billions of people?

How will this new book differ from everything that has already been published about Jobs including his authorized biography from Walter Isaacson? The book is loaded with interviews, for starters, including ones from Apple executives like Tim Cook, Jony Ive, and Eddy Cue (so don’t expect any pen throwing).

Their rich, compelling narrative is filled with stories never told before from the people who knew Jobs best, and who decided to open up to the authors, including his family, former inner circle executives, and top people at Apple, Pixar and Disney, most notably Tim Cook, Jony Ive, Eddy Cue, Ed Catmull, John Lasseter, Robert Iger and many others.