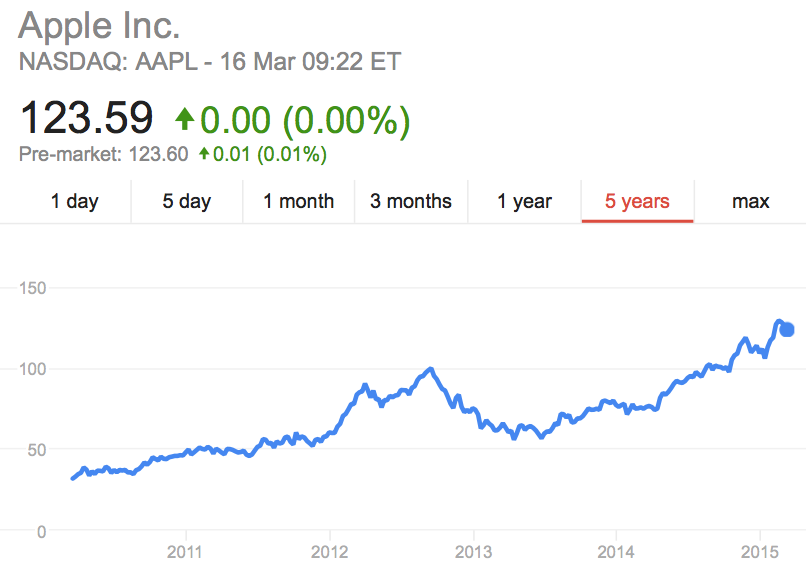 You might not think a stock outperforming the market and considered to have good future prospects would pose a problem for investors, but Reuters reports that it can prove challenging for fund managers.

The issue is that most diversified funds have rules or guidelines that state they shouldn’t hold more than 5-10% of their funds in any one stock. This, fund managers say, can pose three problems. First, there’s the obvious one: they may want to buy more of it than their own rules allow …

John Burnham, manager of the $136 million Burnham Fund, says that he has already stretched a point in allowing AAPL to make up more than 15% of the fund, but would ideally like to buy more.

“I think they are doing everything right and it’s still a cheap stock based on earnings and revenue.”

Others say that the rise in the stock price can mean that they started out below the limit, but a 12% appreciation in the stock value this year has taken them above it. While they are not required to sell when this happens, it means they end up in a position they didn’t intend to take: where the movement of a single stock can have a significant impact on the fund as a whole.

David Chiueh, the manager of the Upright Growth fund, has 13.4 percent in Apple, the second-largest among diversified funds tracked by Lipper, mostly because shares he bought in 2008 have appreciated, he said.

Yet others are torn between following their usual practice–selling stock to take the profit when it reaches 7% of their portfolio–and holding onto it in the expectation of further growth.

Burnham is unsurprisingly bullish about AAPL’s future: he first invested in AAPL when the stock had a split-adjusted value of less than $7; those shares are today worth more than $123.

“It’s the world’s greatest company. I just don’t see any reason to sell it,” Burnham said, adding that he thinks that the stock should trade above $200 a share.

Fund managers will be eagerly awaiting early sales figures for the Apple Watch, and of course hoping to learn a lot more about what plans the company may have for an Apple Car. Apple is also set to replace AT&T on the Dow Jones Industrial Average at the end of trading on Wednesday.