The Aircharge Wireless Charging Case for the iPhone 6 (to give it its full, rather lengthy, name) looks like a relatively standard ABS plastic case. From the front of the phone, there’s nothing to suggest it’s in any way different from a hundred other plastic cases out there bar the fact that it has a little extra depth at the bottom. 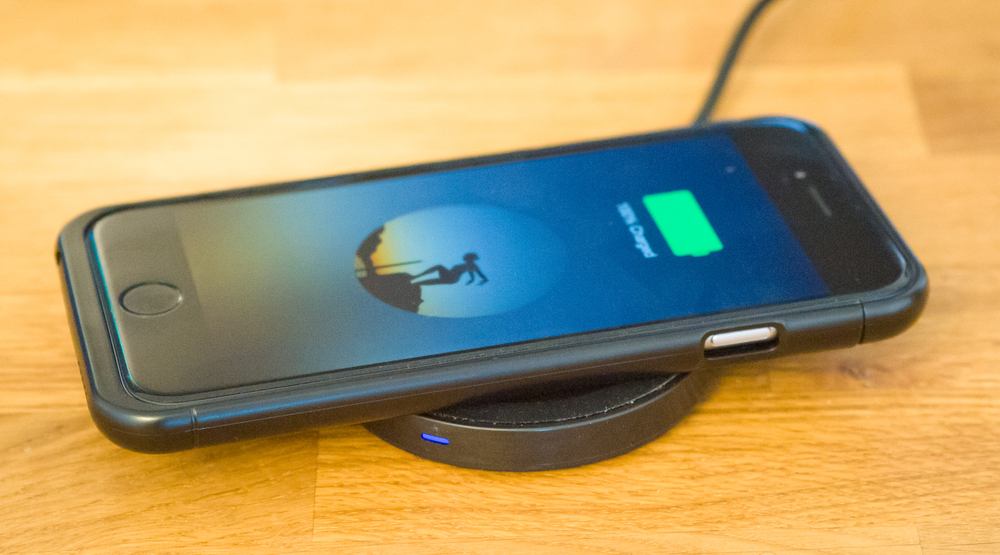 No one would describe it as having a premium look or feel, but neither does it feel especially cheap by plastic case standards. It’s solid and unobtrusive.

It does also add a little thickness to the phone, though nothing like as much as early incarnations of wireless charging cases did.

The case has two parts: the main which extends to just above the top of the iPhone screen, and a ‘cap’ that clips in to close the case. You slide the phone into the case, docking with the Lightning plug embedded in the bottom, than snap the top cap in place. 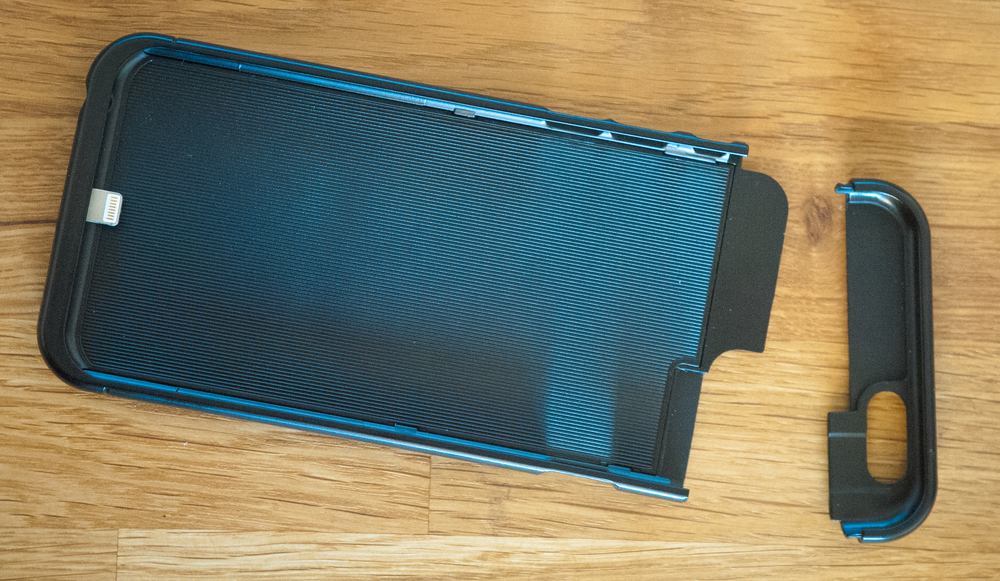 That done, your iPhone can now be placed on any Qi-compatible wireless charging mat and it will automatically charge. There’s no app needed: as far as the iPhone is concerned, it has just been plugged into a standard Lightning cable.

I tested it with Aircharge’s own charging pad. Positioning isn’t crucial – so long as the case is somewhere on the pad, the phone charges. The pad displays a green LED when in standby, and turns blue when in use. All very simple.

The charge rate is slower than plugging directly into a Lightning cable, but in my testing it kept the phone topped up and did a full charge overnight.

There are a couple of usability issues. First, the edge of the casing is quite thick. Good for protection, not quite so good for operating the buttons. The power and volume buttons are just slightly awkward, while using the mute switch is really quite fiddly. I would say the buttons are no big deal, but you’d quickly find it annoying if you use the mute switch frequently.

Second, while putting the phone into the case is simple, removing it is just a touch fiddlier. You need to get a fingernail into the gap between the two pieces to pull them apart. That done, it slides apart easily. 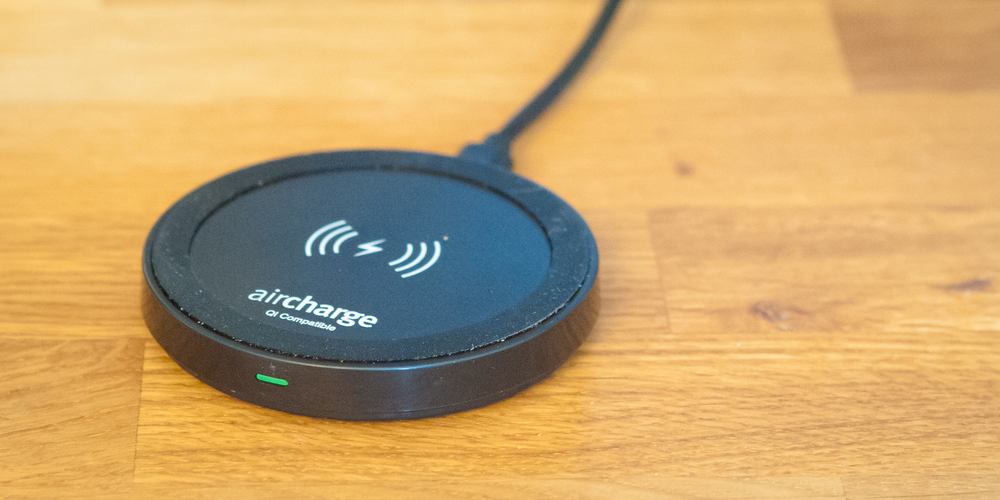 Wireless chargers aren’t, in my view, any neater than a wired dock. You’ve still got a visible wire, and you still have to put your phone in the right place.

But it is a little slicker. I think the real benefit is for someone who is office-based but spends a lot of time away from their desk. If you keep your phone on charge when you’re sitting at your desk, then there’s a minor hassle involved in plugging/unplugging each time; simply putting your phone down on the pad and picking it up again is a worthwhile improvement.

For those people, if you can live with the plastic case, I think Aircharge will remove some of those minor everyday hassles and justify the $80-ish all-in cost of case plus pad.