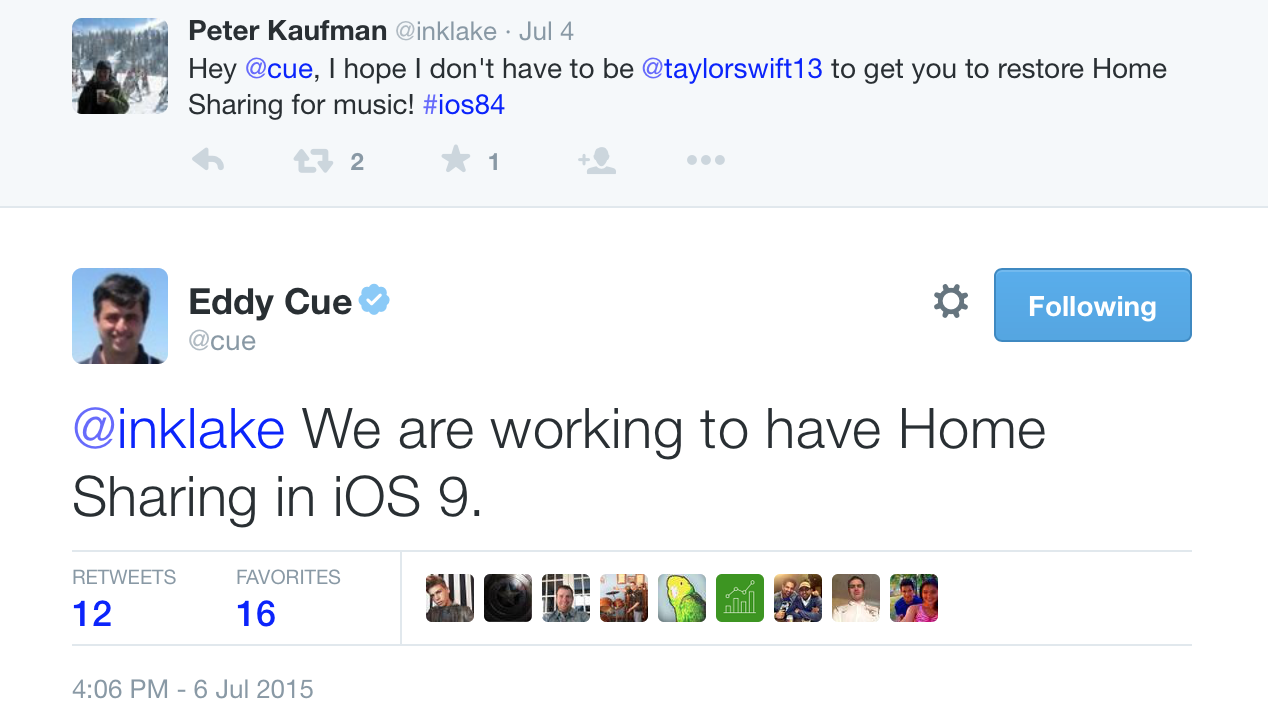 Last week, we noted that Apple’s latest iOS 8.4 release with Apple Music removes support for the long-existing Music Home Sharing feature. This function allows an iOS device user to stream music from a computer running iTunes on their own WiFi network. Today, Apple Senior Vice President of Internet Software and Services noted on Twitter that Apple is “working” to restore Home Sharing functionality in iOS 9. It is likely that Home Sharing was removed in iOS 8.4 due to changes necessary with the record labels to launch the new streaming music service. Cook previously revealed details on this week’s iOS 9 beta, streaming bit rates, and more via Twitter.