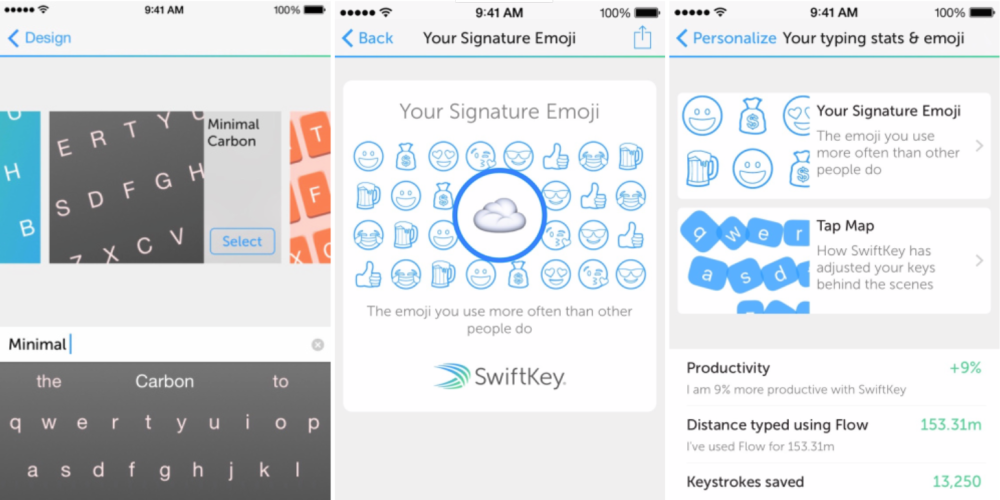 SwiftKey today has revealed a new feature coming to its iOS app. For those unfamiliar, SwiftKey is one of the most popular third-party keyboard solutions for iOS, offering up a plethora of capabilities and features not found with Apple’s stock offering. Today, SwiftKey announced that it is rolling out a new feature called “Your Signature Emoji” to users of its beta app.

SwiftKey shows you which emoji you use more than other people

SwiftKey learns the slang, words and names that matter to you to make typing on your smartphone a super personalized and easy experience. We also learn the emoji you like to use to save you from hunting for “👍” when we’ve learned you usually say “Sounds good!👍”.

In today’s SwiftKey for iPhone beta, we’re rolling out a new stat that shows what SwiftKey’s learned about how you like to use emoji.

Your Signature Emoji is available now for users of the SwiftKey beta on iOS and will rollout to the main version of the app at some point in the near future.