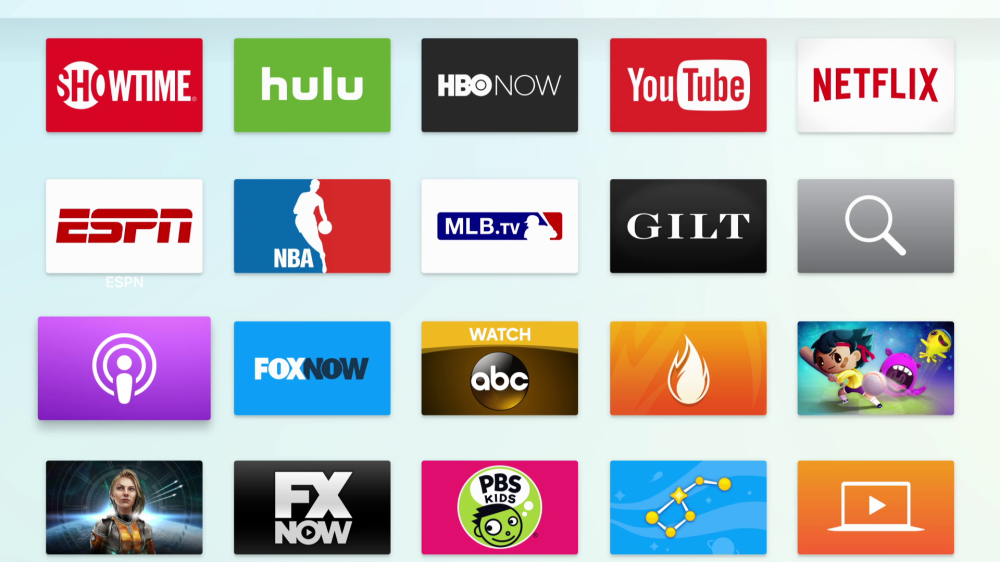 The Apple TV is an advancement in many ways over the third-generation model (faster processor, App Store, Siri) but there are also a couple of regressions, features that existed before that are missing and/or removed. One such example is Podcasts. The third-gen Apple TV featured a pre-installed Apple Podcasts app, which would sync with your iTunes subscriptions on the desktop and iOS devices. However, it is nowhere to be seen on the new fourth-generation Apple TV yet …

The screenshot above comes from the video loop Apple plays in retail stores to demo the new product. It clearly shows Apple’s latest Podcasts app icon, suggesting the app is on the way for the new fourth-generation box. Like the Remote app which only works from iOS and Apple Watch on Apple TV 2/3, it seems Apple did not manage to get it ready for the initial launch of the device.

There is a chance that the Podcasts app was included in the marketing video due to human error, but this is unlikely given that the icon has been fully designed for the new Apple TV. It also just makes sense that the feature disparity between the 3rd-gen and 4th-gen will be rectified in forthcoming software updates … like the annoying lack of iOS Remote app or Bluetooth keyboard pairing for text entry. Apple has not officially commented on any of these matters.