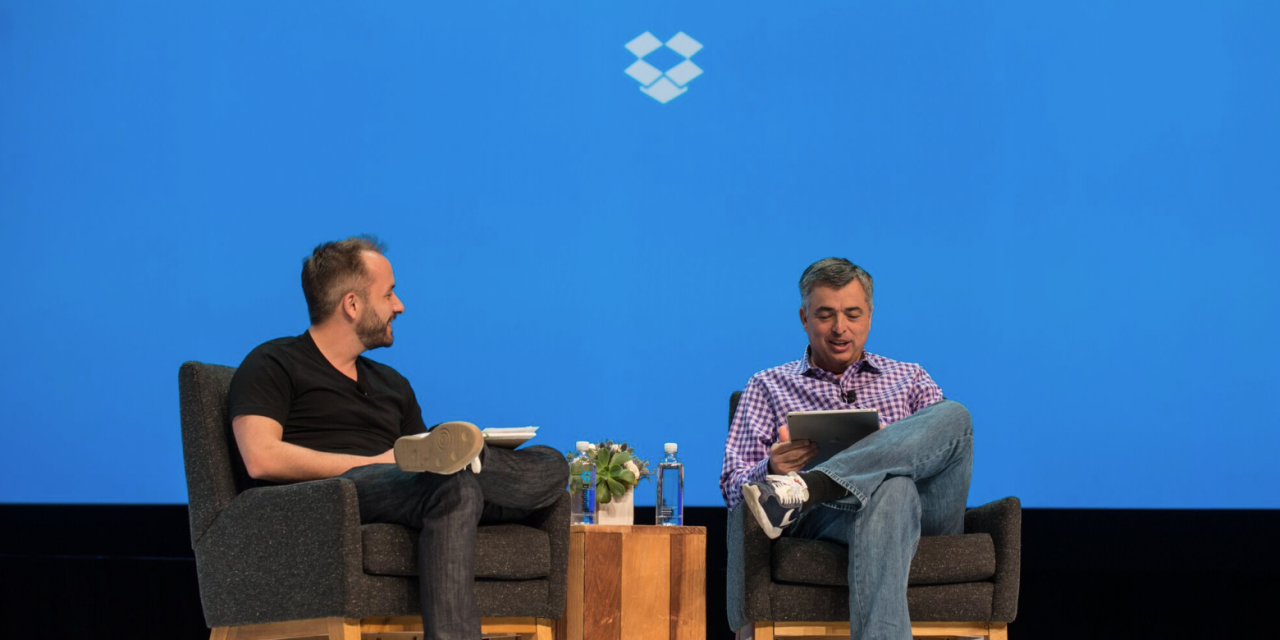 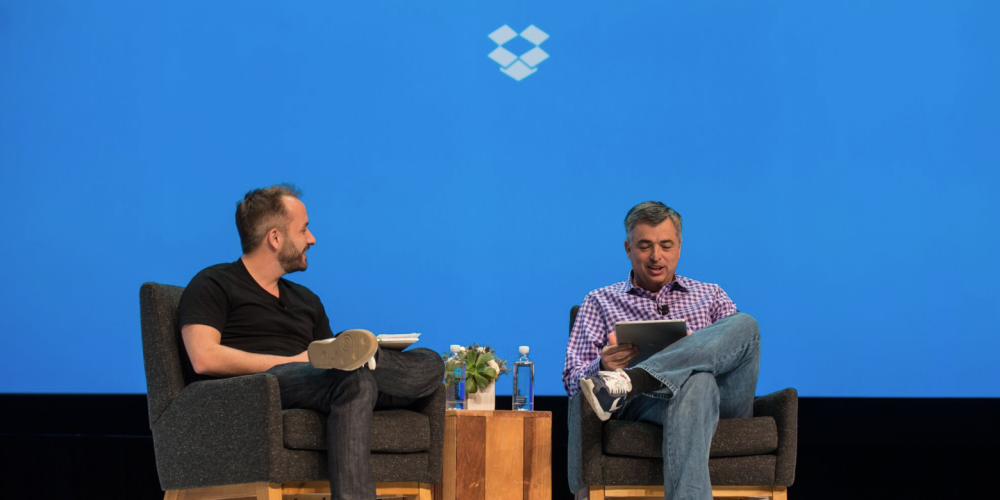 Ahead of the release of the iPad Pro later this month, Apple executives have been taking part in a variety of enterprise-focused interviews, looking to convince the enterprise market of the device’s usefulness. Today, Apple’s SVP Eddy Cue sat down for a fireside chat with Dropbox CEO Drew Houston at the cloud storage company’s Open conference.

During the interview, Cue discussed a variety of topics, mostly talking the benefits of iOS over competitors and in the enterprise. Speaking to Dropbox CEO Drew Houston, Cue said the one of the primary benefits of iOS is that “everyone upgrades really quickly.”

Cue also explained how he believes the enterprise market has not adapted to new technologies and caught up on mobile the way that average consumers have. Cue at one point during the interview pulled out an iPad Pro to show it off to Houston, who then encouraged the audience to look under their chairs, only for there to be nothing. Regarding iPad Pro, Houston also briefly mentioned Dropbox’s upcoming Paper app, which Houston says is the company’s iPad Pro-focused collaborative editing tool.

The Apple executive explained of how Apple has often gone against what people think they need in a device in favor of the company’s own opinions on what is right. For instance, Cue stated that when Apple released the iPhone, everyone was certain they wanted phones with physical keyboards.

Cue also noted of an interesting anecdote, saying that Apple developed the iPhone essentially by accident, and that they were really trying to make the iPad. Finally, Cue wrapped his speech explaining that focus during innovation is hard, noting that it’s “not just a checklist of features.” “When you’re big, you can be considered a bully, but when you’re small, you’re aggressive and up and coming.”

Tim Cook has also conducted a variety of enterprise-focused interviews recently, appearing at BoxWorks with Aaron Levie, a Cisco product unveil, and at the WSJ.D live conference.