Poll: What are you most excited to see at Apple’s ‘Let us loop you in’ event next week? 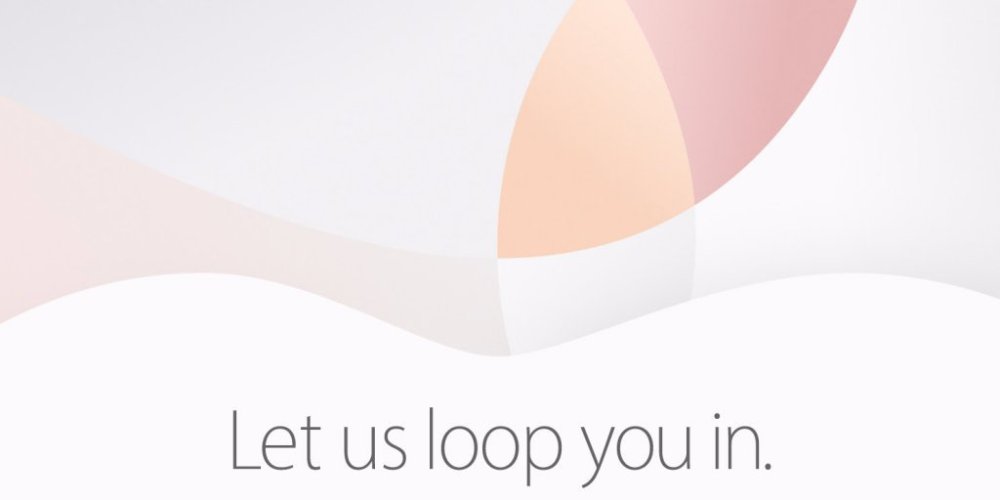 After months of rumors and speculation, Apple will officially hold its March event this coming Monday, the 21st. We’ve shared our comprehensive run down of everything that will be announced at the event, and we already know that Zac will be “upgrading” to the iPhone SE. We’re curious, though, what are you most excited to see at Apple’s “Let us loop you in” press event next week?

As Mark detailed in his massive roundup of everything set to come at the event, Apple has a lot up its sleeve. The biggest and most highly anticipated announcement is expected to be the iPhone SE.

The iPhone SE is expected to return Apple to the 4-inch iPhone market and feature a design nearly identical to that of the iPhone 5, but with slightly curved edges and more modern specifications. The biggest difference, aside from screen size, between the iPhone SE and the iPhone 6s will be the lack of 3D Touch, which some have argued isn’t a very big loss.

Furthermore, we’re expected to see Apple branch out its iPad Pro lineup to include a new 9.7-inch model, as opposed to an iPad Air 3. The smaller iPad Pro is expected to feature an A9X chip, Smart Connector support, and Apple Pencil capabilities. Apple is also set to introduce a smaller Smart Keyboard to go alongside the smaller iPad Pro.

As far as the Apple Watch goes, Apple will introduce a black Milanese loop for the wearable, as well as new NATO-style nylon bands, and perhaps a new partnership with Hermès to expand the existing lineup of bands.

Apple is also expected to introduce the stable versions of iOS 9.3, Mac OS X 10.11.4, watchOS 2.2, and tvOS 9.2, all of which include their fair share of enhancements, as well as an update to iTunes.

Personally, I am most excited to see the 9.7-inch iPad Pro. I purchased the 12.9-inch model when it came out last November, and while I’ve enjoyed using it, Apple just hasn’t done enough with the software to make it worth the added weight and size over the 9.7-inch model, nor has it done enough to make it a plausible alternative to my 12-inch MacBook.

After spending some time with the larger iPad Pro, I broke down a handful of things Apple could do to improve the software experience on the device, but at this point, I think I would be much better off with the 9.7-inch model. The one thing that differentiated the iPad Pro from the iPad Air 2 was Apple Pencil support, but now that it’s coming to the 9.7-inch form factor, I just don’t have a good reason to own the 12.9-inch model.

While the iPhone SE is almost certainly going to be the star of the show, I’m not too keen on the idea of using a phone with a design that’s so dated. I also really don’t have any reason to go back to the 4-inch form factor. I’ve become accustomed to the size of my iPhone 6s Plus over the past 6 months and my hands are large enough to where one-handed use is not too uncomfortable.

Be sure to take a look at Mark’s detailed rundown of everything coming at Apple’s March 21st event, and let us know in the poll above and the comments below what you’re most excited to see officially announced.