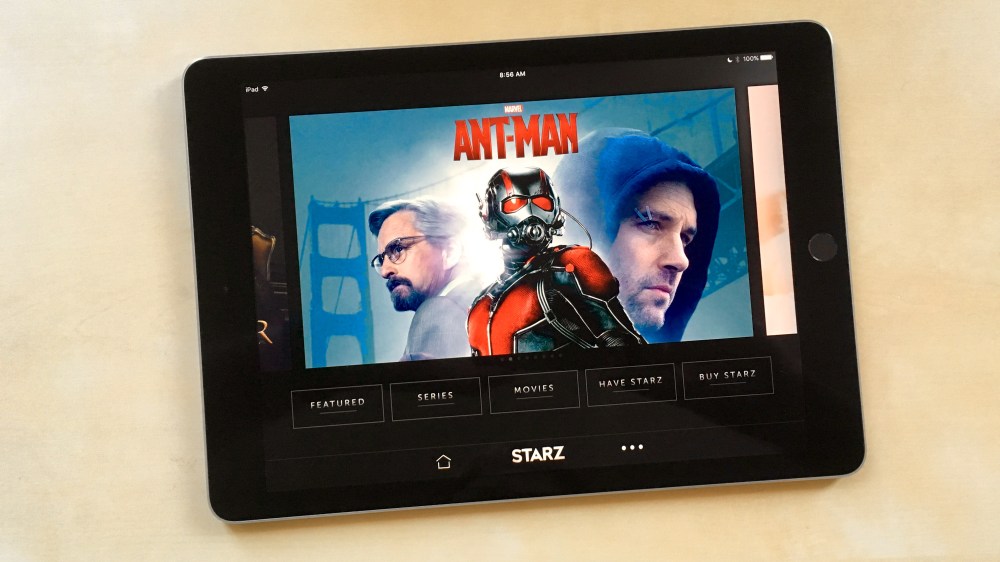 Tim Cook’s pitch for the fourth generation Apple TV so far has been largely that “the future of TV is apps”, and this week yet another premium cable and satellite network is launching a standalone version of its network for cord cutters. Starz, which before now has required a traditional cable or satellite package for access, is launching a streaming version of its network for a monthly rate competitive to HBO and Netflix. The new Starz app is available on iPhone, iPad, and the fourth generation Apple TV for $8.99/month if you don’t have the network in your cable package. Also in the streaming space, we learned today that Twitter has emerged victorious is scoring the rights to stream 10 NFL “Thursday Night Football” games in the next season…

Twitter will carry the 10 “Thursday Night Football” games broadcast by NBC and CBS, which will also be simulcast on NFL Network.

If that marriage between the NFL and Twitter, a social network, seems strange, just remember that Apple was very recently said to be in talks to win those streaming rights for themselves, although it was reported last month that Apple dropped out of the negotiations.

And although it’s not an exclusive deal, the new standalone Starz streaming service does add yet another network to Apple’s iOS and tvOS platform for iPhone, iPad, and the new Apple TV, which means even without an Apple-provided entertainment package, customers will have even more content without going through the cable company.

The $8.99/month Starz package uses the same app that cable subscribers use, unlike HBO NOW and HBO GO; and not only lets subscribers stream movies and TV shows like Ant-Man, Inside Out, Avengers: Age of Ultron, and Party Down, but Starz customers can also download content for offline watching as well which few competitors (with the exception of Amazon Prime Video) offer.