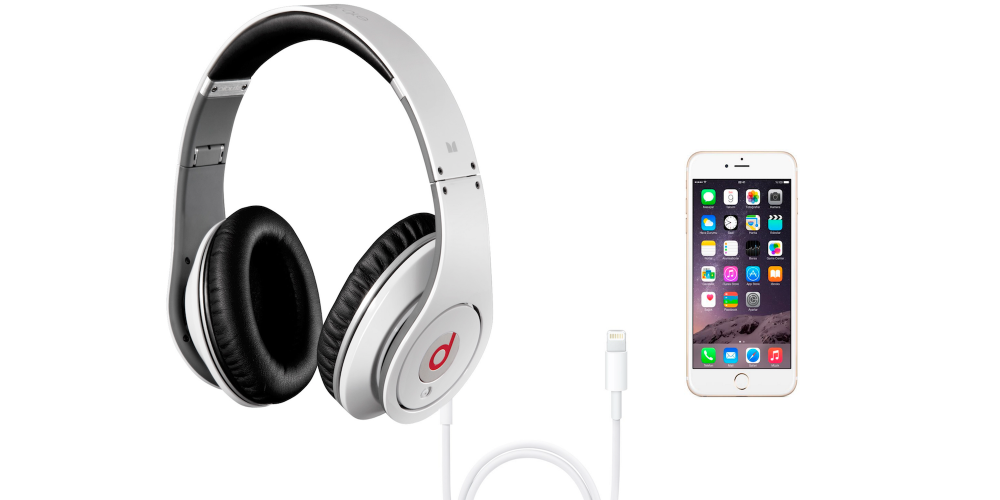 Apple is widely rumored to be dropping the 3.5 mm headphone jack from the iPhone 7, instead favouring wireless Bluetooth or the Lightning port for connecting headphones. Intel is also keen to eliminate the 100 year old 3.5 mm jack, citing ‘industry singling a strong desire to move from analog to digital’ (via AnandTech).

However, Intel is pushing USB-C as the future of headphone audio cables. Intel believes USB-C will win out over 3.5mm as it has many modern-day benefits including the potential to add additional smart features to headphones in the future, that can pass data down the same USB-C cable.

For instance, future headphone earpieces may want to measure inner-ear temperature for fitness tracking. Sending this kind of information over the typical analog cable would not be feasible but USB-C could handle it just fine along with the music.

Accommodating USB-C components is also smaller than the internals needed for a 3.5 mm headphone jack which is a big issue as devices like phones continue to get smaller. Manufacturers have to be careful in current smartphone designs to shield the 3.5mm analog port from interference — a digital cable would not need such affordances. 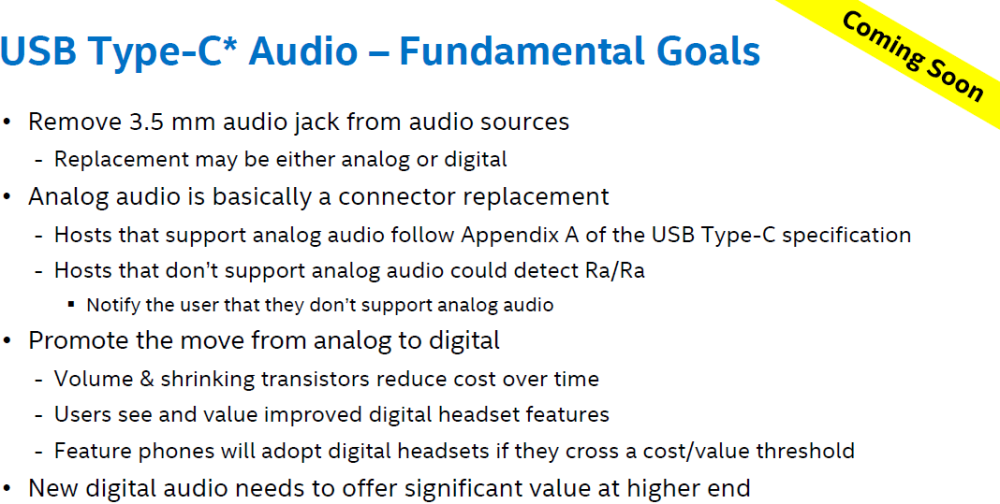 USB-C already supports analog audio transfer through sideband pins simplifying the engineering steps necessary to swap 3.5mm with USB-C in device designs. Intel is also finalizing a USB-C standard for digital audio transfer, due in the second quarter. The protocol includes features like automatic device discovery and the ability to update headphones via software with new functionality over time.

Intel says that such a transition may make digital headphones more expensive, as the headsets will have to include amplifiers and DACs, but scale will offset the early costs over time.

How Intel’s plan and Apple’s product strategy coalesce is not clear, as it seems unlikely that Apple will add USB-C ports to its iOS devices anytime soon.

Perhaps Intel’s USB-C standards will be the answer for Apple’s Mac line. Right now, the ‘one port’ Retina MacBook still includes an analog headphone jack. The removal of the 3.5mm jack on the iPhone may lead Apple to remove the port on its Macs too, in favor of USB-C.