After showing out for President Trump, Masayoshi Son looks at merging Sprint and T-Mobile 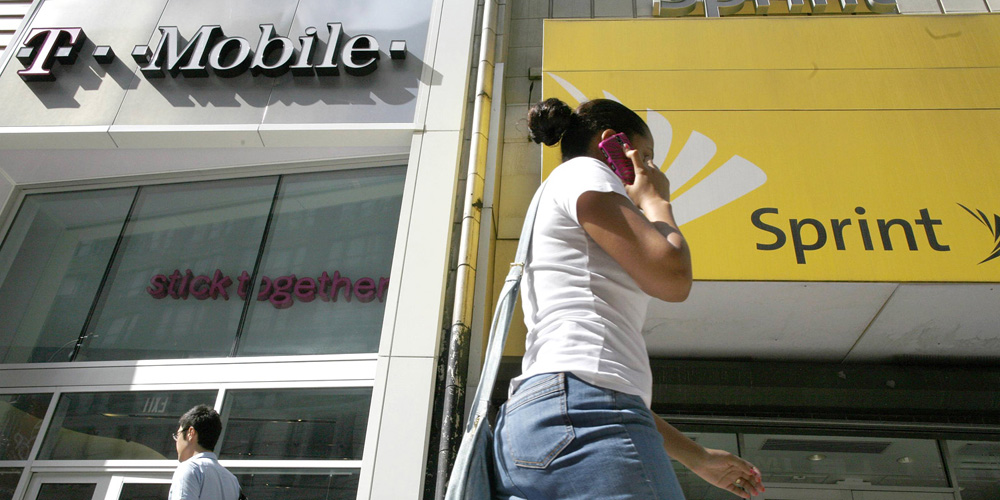 A new Reuters report today shares that SoftBank is willing to hand over control of Sprint to Deutsche Telekom’s T-Mobile to make a merger happen, according to unnamed sources close to the matter. Discussions haven’t begun yet, but are expected to start in April after the FCC auction of airwaves and anti-collusion ban is over.

With Verizon and AT&T both fighting to keep customers with new unlimited plans this week and 5G networks on the horizon, a merger could be mutually beneficial for Sprint and T-Mobile.

In 2014 roles were reversed for the 3rd and 4th most popular U.S. wireless carriers, as Sprint pursued a merger that would have given them controlling stake of T-Mobile.

Two and a half years ago, SoftBank abandoned talks to acquire T-Mobile for Sprint amid opposition from U.S. antitrust regulators. That deal would have seen Deutsche Telekom retain a minority stake in T-Mobile, down from about 65 percent.

With T-Mobile’s success in the last few years, Deutsche Telekom’s Chief has shared they won’t consider giving up a majority of T-Mobile.

Deutsche Telekom Chief Executive Tim Hoettges has said in recent months that the German company is no longer willing to part with T-Mobile, prompting SoftBank to explore a new strategy to achieve a potential combination, the people said.

There still may be roadblocks in regards to antitrust issues for a possible merger, yet the benefits could be well worth the effort as carriers will need to invest significant resources into 5G networks in the coming years and Sprint and T-Mobile face stiff competition from the U.S. frontrunners Verizon and AT&T.

SoftBank’s CEO Masayoshi Son committed to investing $50B in the U.S. which would create 50,000 jobs after meeting with President Trump last December. Some may wonder if SoftBank’s Vision Fund investment in the U.S. could help smooth a possible merger for Sprint and T-Mobile.

Investors have said a merger between T-Mobile and Sprint, ranked third and fourth respectively, would still face antitrust challenges, but made strategic sense as the industry moves to fifth-generation wireless technology. Carriers will need to spend billions of dollars to upgrade to 5G networks that promise to be 10 times to 100 times faster than current speeds.

SoftBank, which owns about 83 percent of Sprint, has been frustrated with its inability to grow significantly in the United States on its own, where both Sprint and T-Mobile have struggled to compete with Verizon Communications Inc and AT&T Inc, the two largest U.S. carriers with much deeper pockets.

Son didn’t give anything away in a recent statement, but instead spoke about a range possibilities.

Reuters shared that both of the carriers and their parent companies declined to comment on the situation.