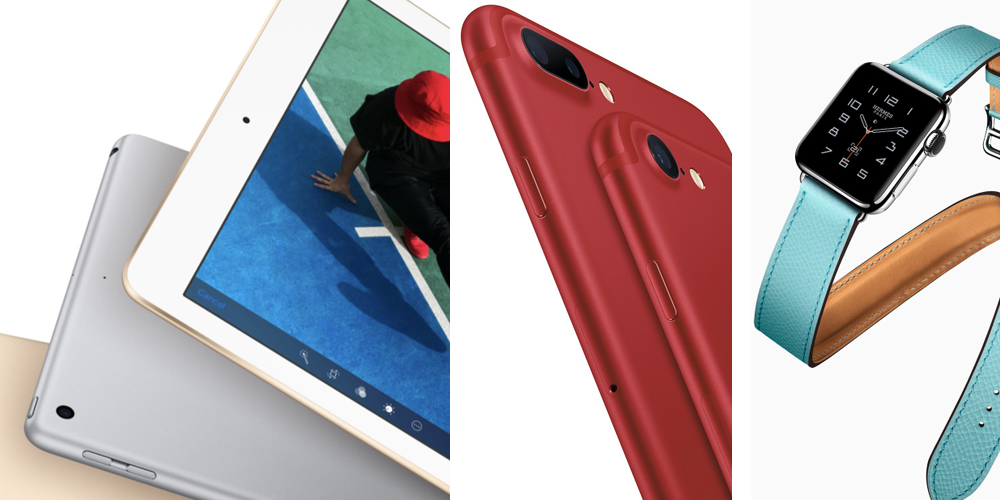 As it often does with minor product updates, Apple has opted for a low-key announcement today. All-told, we’ve seen a new low-cost iPad replacing the iPad Air 2, a (RED) iPhone 7/Plus, a 128GB iPhone SE, twelve new Watch bands and six new iPhone 7/Plus cases.

While new product announcements usually mean new and better choices, this wasn’t entirely the case this time around …

First, the new iPad – simply called iPad – is actually a slightly worse model than the iPad Air 2 it replaced.

Second, while you now have a choice of even more Watch bands, those buying a Watch for the first time will have to lay out more cash if they don’t want either the Sports band or Milanese loop, as these are now the only bundled options.

That makes life easier for Apple, with a simplified model range, but more expensive for those wanting one of the premium bands.

There were also a couple of software announcements: a new Clips app to combine your photos, videos and animated captions into video edits you can share online, and the news that Swift Playgrounds is now available in five new languages.

What’s your take on the announcements? Take the poll and share your reactions in the comments.